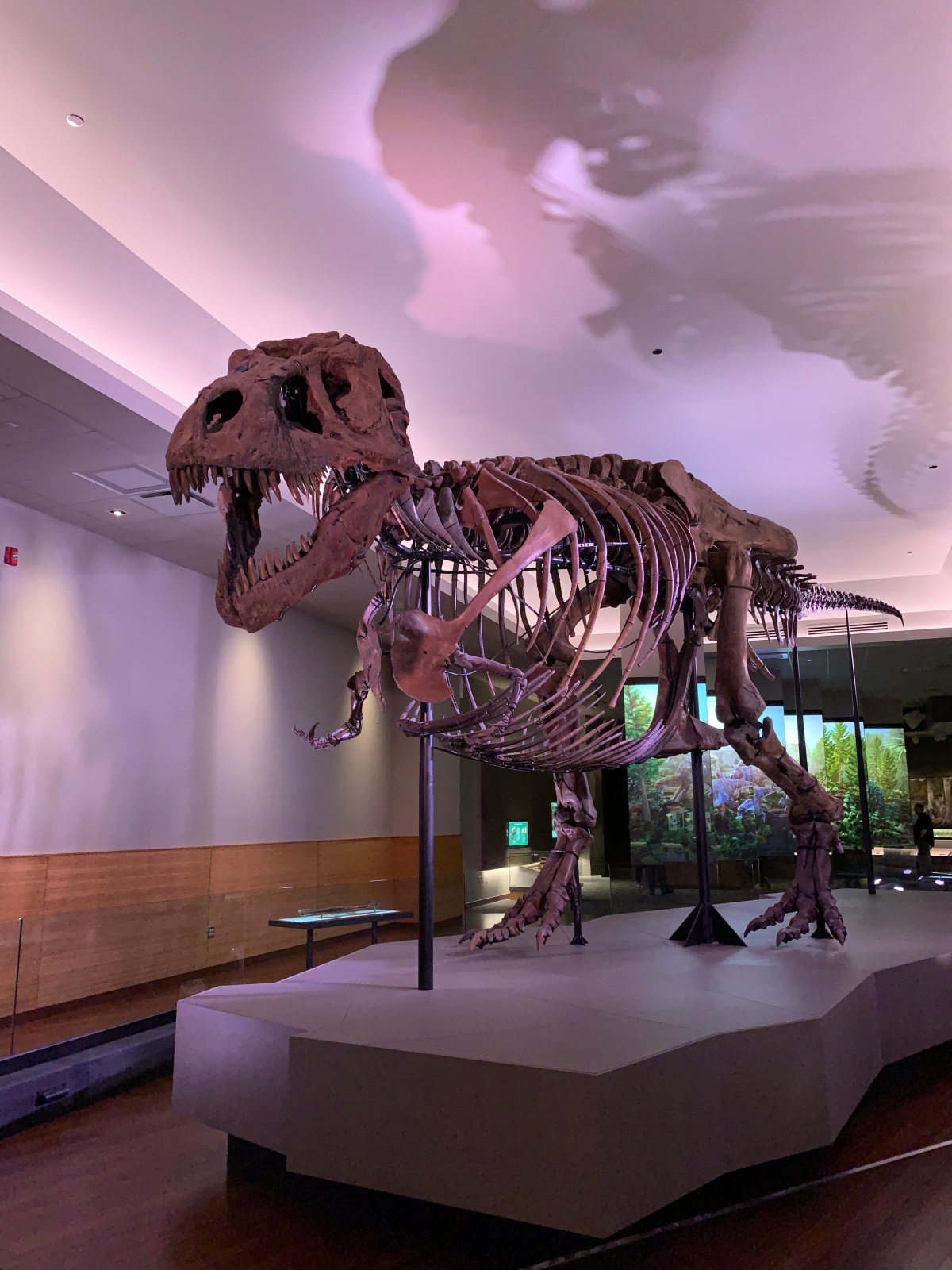 We have had way too much fun in Chicago! One major highlight of the past few days has been seeing the musical Hamilton. It was just, wow – worth all the hype and praise it deserves. I am trying to catch up with writing my reviews. Even though it has only been two days since I’ve last posted, we have managed to visit three museums and go on two tours. Before my terrible short term memory gets the better of me, I better start writing! 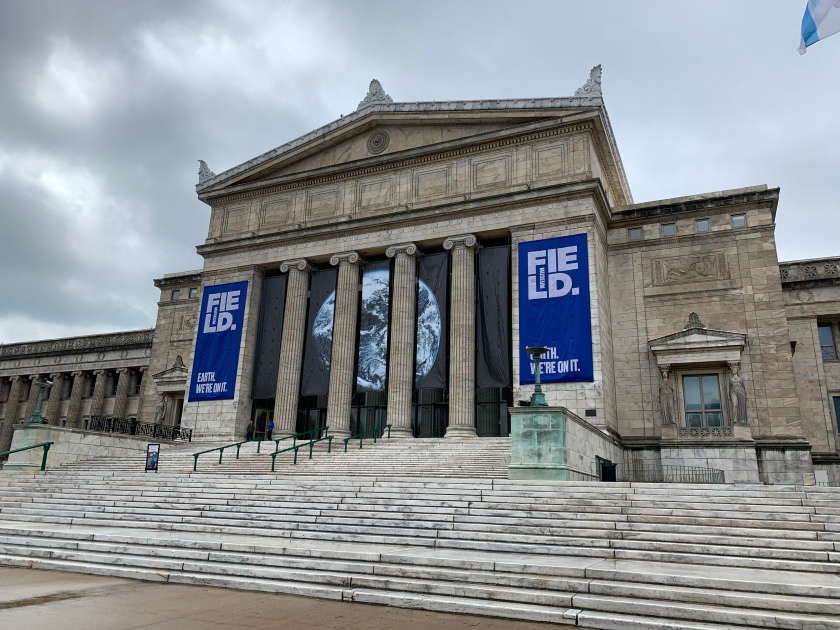 We visited The Field Museum on Wednesday because I needed (not wanted) to see Sue the T-Rex. The majority of this post will be dedicated to Sue so that’s all I’ll mention for now. There is so much more to see and do in The Field Museum. We only had the energy to walk around a couple of exhibitions. As with so many large institutions, the key is quality over quantity. Select what most appeals to you and focus on seeing that rather than trying to tackle absolutely everything. On that note…

It has been quite a while since I’ve stepped foot into a natural history museum. The Field has a wonderful past. Its initial collection comprised of objects leftover from the 1893 World’s Columbian Exposition. The name ‘Field’ pays homage to the Chicago magnate Marshall Field who donated one million dollars to creating a permanent home for the collection. Today, they have over 40 million objects. Exhibitions, research and programs all conform to their aim – to fuel a journey of discovery to ensure a brighter future (I have paraphrased).

On entering The Field Museum, you are met with an impressive entrance hall. There are two quite imposing specimens front and centre – two fighting African elephants and Maximo, the Titanosaurus.

The fighting elephants have been in the entrance hall of The Field since 1909. The skin and tusks are 100% real and have been attached to other bits and pieces to create the correct shape. Accompanying the display is a touchscreen computer where you can discover more about the taxidermy process or the history of the elephants. There is also a small model of the elephants for visitors to touch. Both work really well and allow for multiple ways to engage. 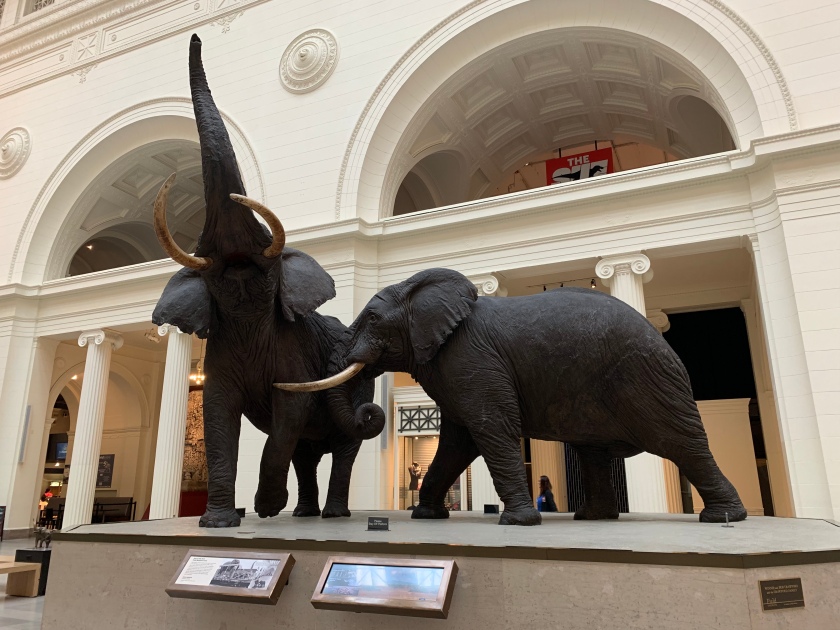 Then there is Maximo, a cast of the largest animal to have ever walked the earth. I am a tragic for dinosaurs so I was pretty much in heaven from the get go. So you could say that I had a great first impression.

We headed straight to the second level to an exhibition called Evolving Planet that led to Sue – the most intact T-Rex skeleton ever to be discovered. Around 90% of the skeleton is real. Just let that sink in.

Here are some quick facts:

I virtually ran through the Evolving Planet exhibition (which is really very interesting) and the dinosaur hall (again super interesting but I was on a mission) to get to Sue. I am slightly exaggerating because I did stop and read quite a bit along the way.

Finally, we came to a darkened room with a huge poster saying Sue is this way. We first saw Sue’s real skull which is kept behind glass and very well protected. This is mostly because it is studied so much they don’t want to keep taking it off the rest of the skeleton all the time. Then, we went around a small partition and finally saw Sue. 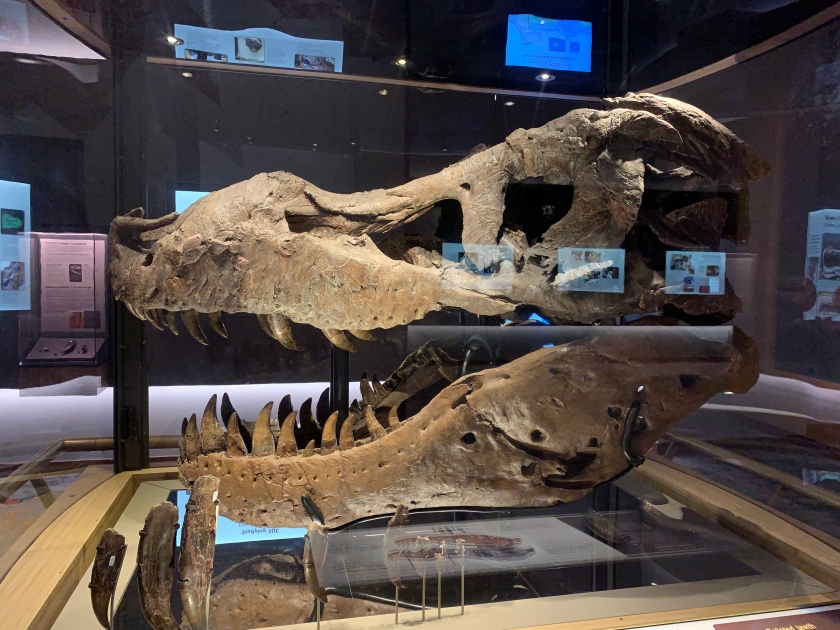 A lovely staff member was waiting to let everyone know a light show was about to start. I was a little worried about the wording ‘light show’. When it started, I soon realised I had no need to worry. What the light show consists of is lighting up various parts of the skeleton to explore the life of Sue. Well, the life of Sue we can see etched into the bones. It is actually quite heart breaking to learn Sue probably died from starvation as the jaw bones show evidence of an infection. The show also highlights some past battle injuries. For example, there are three ribs that have been broken and were beginning to heal. This proved to be a really engaging way to communicate information through the use of lighting.

When the light show finished, we took about two hundred thousand photographs of Sue before leaving. I also explored the touchscreen information labels to learn more about the various bones and what we have discovered about T-Rex thanks to them. 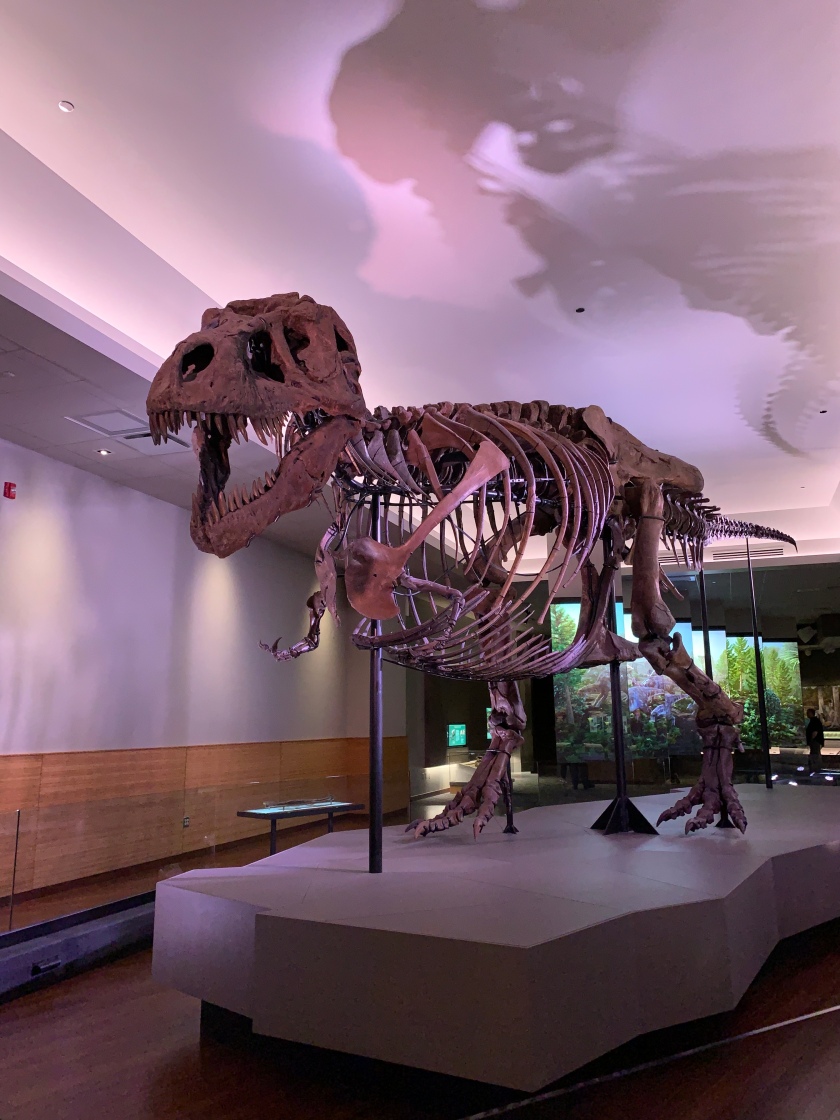 Because I skipped over it, I’m now going to go back and spend a bit of time on the broader Evolving Planet permanent display. There is so much information on display you could spend days getting through it all. For this reason, I basically only focused on what looked most appealing to me.

This did mean spending some time in the dinosaur hall seeing the Ceratopsian and Stegosaurus. I also thoroughly enjoyed the Ice Age animal room that showcases a skeleton of a woolly mammoth and saber tooth tiger. For fellow Game of Thrones fans, there are also some dire wolf skulls on display. 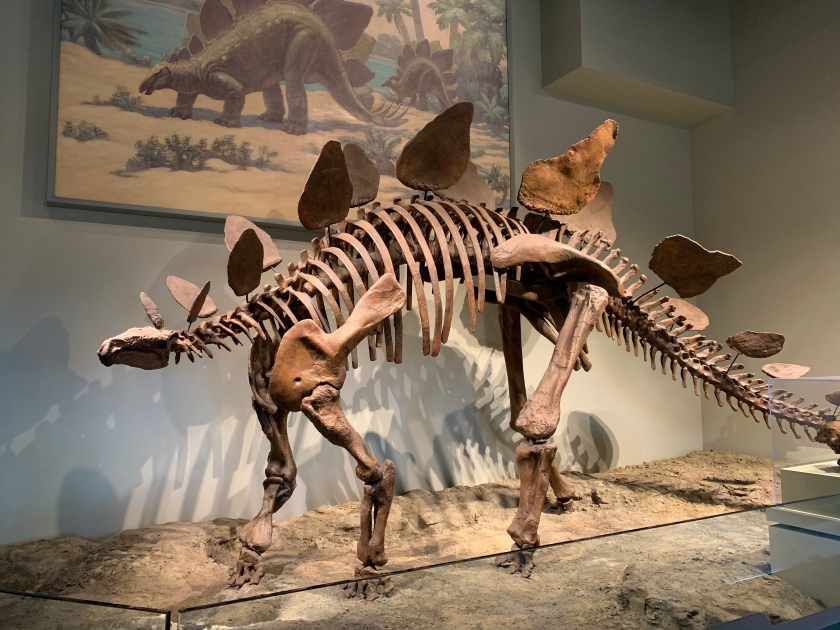 I did get overwhelmed by how much there was to get through in one exhibition. From the moment life started on earth until, essentially, today, you can see how we’re talking about a huge topic to tackle in an exhibition. I was very glad for the ‘you are here’ timeline scale that is on display when moving from one time period to another.

When we finished Evolving Planet, visitor fatigue set in. For the rest of our visit, I only wanted to see something light and fun.

I had forgotten how much I love dioramas. You can always trust an old natural history museum to have some absolutely wicked dioramas. These are no exception and were exactly what I needed after an intense walk through life on earth. I’ve included an example below.

I would strongly recommend planning your visit before entering the Museum. Make sure you know what you want to spend your time and energy on. For first time visitors, seeing Sue should be at the top of your list so work from there. The Field Museum is open daily from 9.00 am to 5 pm with last entry at 4 pm. It is accessible. We did purchase our tickets online, however, if you’re visiting on a weekday outside of school holidays then this is not necessary.