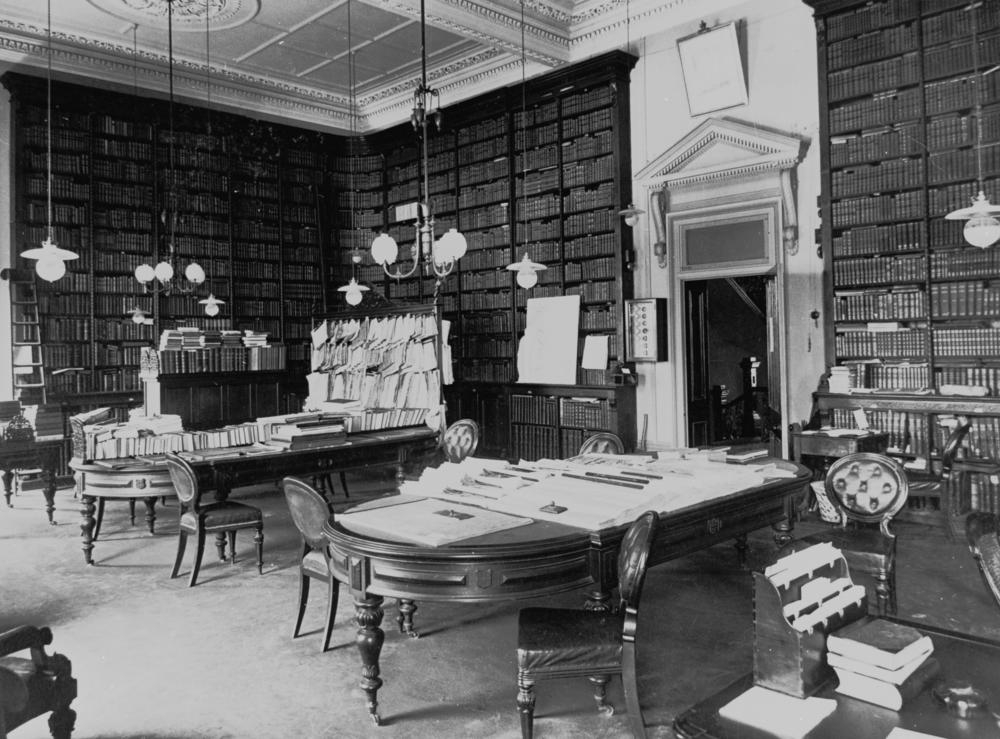 The theme for this month’s GLAM Blog Club is…….Serendipity. When you literally Google ‘definition: serendipity’ you get the following: “the occurrence and development of events by chance in a happy or beneficial way.” As soon as I saw the theme, one particular event came to mind that I’d like to share.

In 2013 I was approached by one of my lecturers at The University of Queensland to be part of a research project team working with the O’Donovan Collection at the Queensland Parliamentary Library. The O’Donovan Collection is this incredible array of rare books covering all sorts of topics from botany to philosophy and everything in-between. It dates back to 1860, when Queensland Parliament was formed. The collection was amassed to ensure that the Parliament had access to a contemporary series of books and manuscripts. One of the most notable collectors was Denis O’Donovan, Queensland Parliamentary Librarian from 1874 to 1901. He catalogued the collection so that future generations could more easily find information. Yay for cataloguing.

Our task was to curate an exhibition using the collection as our main focus, highlighting one particular theme or book. The first step was to use the catalogue created by O’Donovan to find an area of interest I wanted to pursue. After reading only a few pages, I came across a series of catalogues from 19th century international exhibitions.

I won’t go into too much depth here, but, international exhibitions were opportunities for countries around the world to send examples of their best products, for example technology or food/drink, for others to see and sample. The first, called The Great Exhibition, was held in London in 1851. You may be familiar with the building it was held in, The Crystal Palace, which eventually burned down. Side note, while on a train in downtown Dallas I saw a building that looked remarkably familiar. Turned out to be a smaller reconstruction of The Crystal Palace building which is both bizarre and cool. Anyway, there is so much to say about these exhibitions I would strongly recommend you read a little about them. For example, by clicking here.

I immediately knew that this would be the focus of my exhibition. An exhibition about exhibitions containing catalogues I had found in a catalogue. The symmetry was just too tempting.

Because the exhibition was going to be on display in the Queensland Parliamentary Library, I wanted to ensure it was relevant to its context. So, instead of looking generally at the exhibitions, I decided to focus on Queensland and how it was represented at the:

Why did I select Melbourne twice? Part of the reason was because there were only a select number of catalogues. Also, Queensland won some medals for wine sent to the 1888 exhibition and who doesn’t love hearing about wine.

I had the catalogues ready for display, but, I needed some objects to really bring the exhibition to life and tell the story of how Queensland represented itself to the world in the 19th century.

This is where the serendipity kicks in…..

Over the next 2 months the most incredible thing happened. I had found an image of the 1867 Philadelphia display in the State Library of Queensland. I also managed to find and secure a silver medal from the 1880 exhibition. These were pretty straightforward to acquire, but, I really wanted something wine-related from the 1888 exhibition.

Queensland didn’t really start sending alcohol to these exhibitions until the 1867 exhibition in Philadelphia. Bottles were sent by Jacob Kircher who had settled in Warwick and started the vineyard Assmanshaussen (named after a wine producing district on the Rhine, Germany). In the 1888 exhibition, he managed to secure a silver and gold medal, firmly placing Queensland on the map of Australian wine-producers at that time.

I sent some emails to a few wineries in Queensland searching for any information I could about Kircher’s wine. A few days later I received a phone call from The University of Queensland saying they had someone on the line hoping to have a chat. I accepted the call and soon discovered it was a descendant of the 1888 winemaker living in Warwick, Queensland. That wasn’t even the best part.

Turns out, he had found an old bottle of the wine in an antique shop around where he lived and was trying to re-create the wine label with the assistance of a graphic designer. The label was sort of engraved into the bottle, but, after years of wear, was quite difficult to see. I was invited to a meeting to see for myself what this bottle of wine looked like. I left with an example of the label created by the graphic designer to add to my exhibition.

It was such a happy development of events I couldn’t help but think it was definitely serendipitous. The fact the bottle had been found and a graphic designer had finished with the label turned out to be absolutely perfect timing for my exhibition. If you want to learn more about the winery please click here. 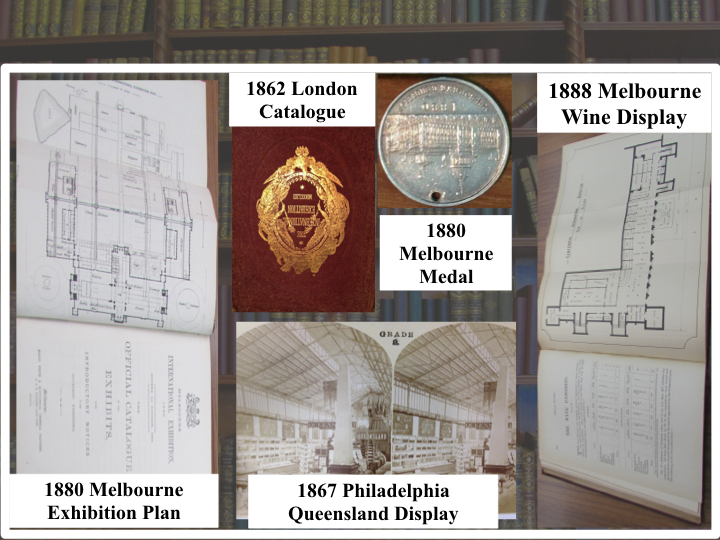