Last night I decided to see the newly released film ‘Winchester’ starring the ever so fabulous feminist icon, Helen Mirren. I will say that it did contain some good jump scares so I was pretty pleased. Also, it has motivated me to write a blog entry on my visit to the Winchester Mystery House back in 2014. The mansion is registered on the National Register of Historic Places and contains two small museums inside the grounds. A visit will reveal a fascinating history of the Winchester family and a slice of 18th and 19th century American intrigue.

Before we started our long drive from San Francisco to Las Vegas, I went straight to Google to see what we could do along the way. One of the first hits was the Winchester Mystery House – ‘an extravagant maze of Victorian craftsmanship – marvelous, baffling, eerily eccentric, and undeniably, haunted’ (Homepage – Winchester Mystery House). To say the least, I was hooked. After scrolling through the official webpage, I became more and more curious. It is not presented as a place for cheap thrills, but, as a mansion with a foreboding history and with secrets around every corner.

The only way to see the mansion is on a tour. As soon as we arrived we went to the ticket desk and were luckily able to reserve two places on the first tour of the day. We were told to wait in the outdoors courtyard until the tour began. As soon as you open the door to the courtyard you are greeted by the mansion. Today, it stands stands four storeys high. Originally, before the 1906 San Francisco earthquake, it was seven storeys high. I cannot imagine how intimidating it must have looked in the past. 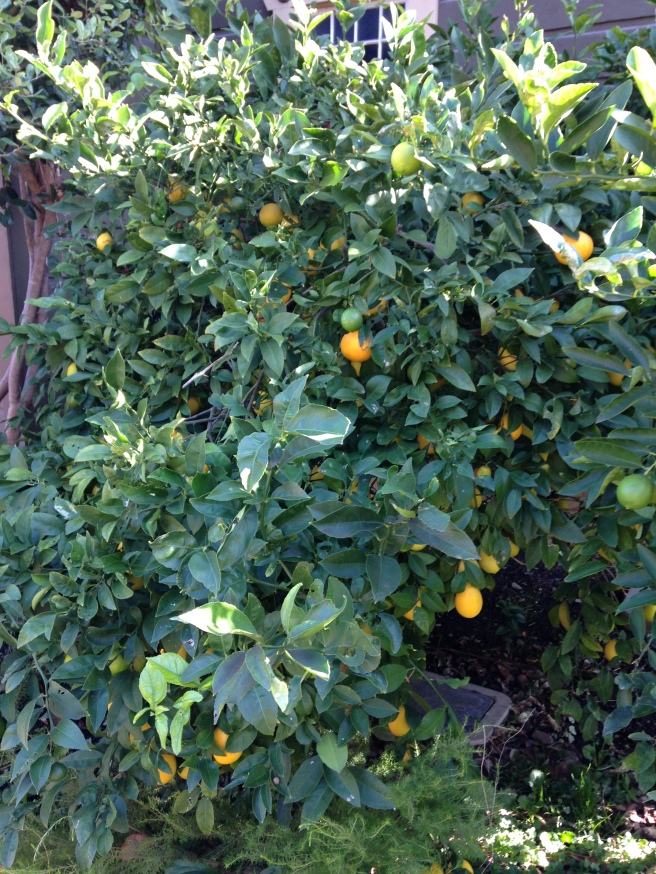 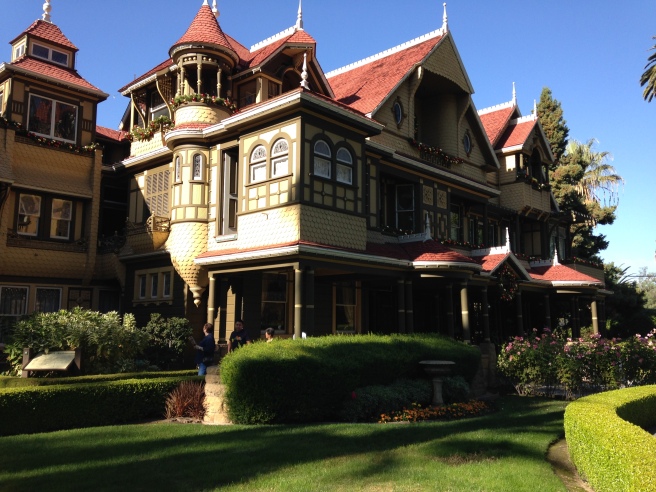 We were greeted by the tour guide who started the tour with a short history of the Winchester family focusing on Sarah Winchester, the resident and architect of the mansion. Her husband, William Winchester, was treasurer of the Winchester Repeating Arms Company. After he died from tuberculosis in 1881, their only child, Annie, died from marasmus, severe malnutrition.

After experiencing so much grief and loss, Sarah visited a medium who told her the only way she could ever be at peace was to continuously build a home for herself and the spirits of those killed by the Winchester rifles. Round the clock construction of this mansion began in 1884 and did not stop until her death in 1922.

The result was something quite literally never seen before. Just to give you an idea of how large and eerie this mansion is, today, there are approximately 161 rooms surviving. It is not known exactly how many rooms the mansion had originally. In order to confuse the spirits and trap them inside, there are staircases that lead to nowhere, doors that open to empty space and doors built into wardrobes. The mansion was ornately decorated with expensive glass windows and some of the finest parquentry for its time. The Grand Ballroom is a stunning example of the work undertaken, built almost entirely without nails and featuring six hardwoods – mahogany, teak, maple, rosewood, oak, and white ash. 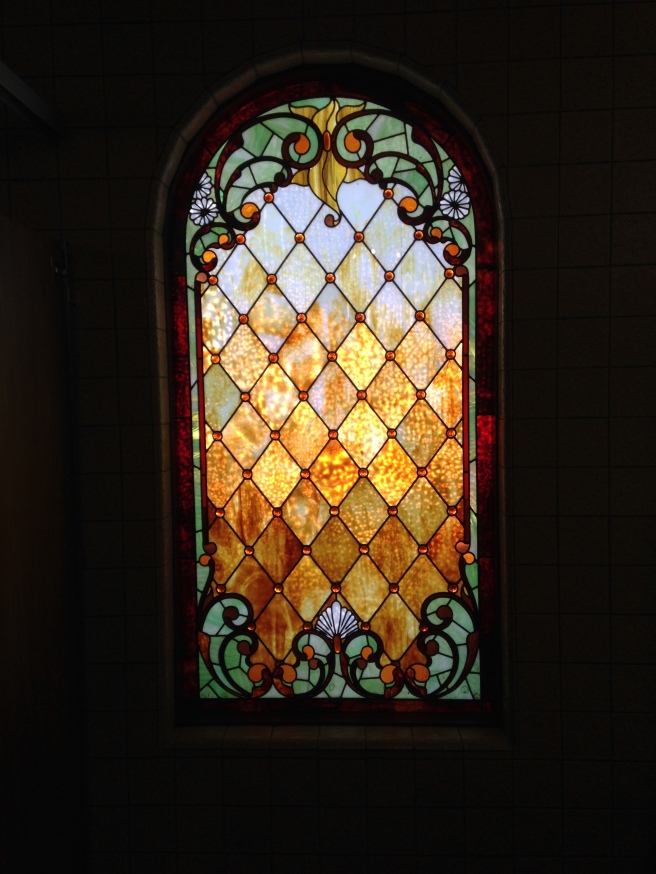 This is just a very short summary of this absolutely fascinating history. To quote Sarah Winchester, it was ‘the house that spirits built’. You can really see how her pain and anguish, as well as fear, were poured into its construction.

After hearing about the history, we were then guided through 110 of the 160 rooms in the mansion. You can begin to see very quickly why a guide is necessary. No doubt you would get horribly lost in the mansion without someone who knows their way around. Every corner had something eerie, bizarre, or spectacular. On top of this, we were visiting around Christmas so each of the main rooms had the most beautifully decorated Christmas trees I had ever seen. I was also completely mesmorised by the Victorian architecture. No photographs were allowed inside the mansion, but, I have included one I have found online. Please click ‘Link to Credit’ for more information.

The tour was really well pieced together and conducted. Rather than starting with some of the main rooms in the mansion, the guide built up to their reveal by firstly showing us the smaller features that we would have otherwise missed. For example, they pointed out how the number 13 infiltrated all aspects of design. Windows each had 13 panels, staircases had 13 stairs, and there were always 13 candlestick holders grouped together. It was also very interesting to learn about some of the more ‘modern features’ including fully functional indoor bathrooms, elevators, and push button gas lights.

We ended the tour by seeing the Grand Ballroom (absolutely incredible) and Sarah Winchester’s bedroom. After the tour you can visit the two museums on site which display antique Winchester objects.

In total, the tour lasted about 1.5 hours. Unfortunately we couldn’t stay for the flashlight tour, but I bet that would have been an experience. Tours are limited to 26 people per session. Luckily, we had far less on our tour. I strongly recommend you aim for the morning sessions as they would be the most quiet.

It is a great place to visit if you are looking for something to do that is more out of the box. On the day tours, they mention the supernautral aspect but don’t go overboard with references. It’s used more as an explanation for why the house was built and why some of the rooms exist.

I would love to return and take their new ‘Explore More Tour’ that goes through some of the attic space and rooms that have never been seen before. If you are interested in American history, the supernatural, Victorian architecture or historic homes then I strongly recommend a visit if you ever find yourself in the area.

For more photographs of the interior (especially the Grand Ballroom) you can find them by following this link: