I am a day late posting this blog in Australia but right on time for people who live in other parts of the world where it is, indeed, still 8 March aka International Women’s Day! To celebrate, I wanted to write a short blog piece focusing on a few incredible women. The following women have been selected as I have recently seen their stories on display in a museum.

Late last year I visited the Smithsonian National Air and Space Museum in Washington, D.C. While there are some museums I am quite happy to aimlessly walk around and see at my own pace, I really wanted some guidance here. We joined a volunteer-led highlights tour which proved to be for the best. Fast forward to the third object on the tour, a large red plane (Lockheed 5B Vega) that looked so unbelievably retro I was in aviation heaven. All the guide had to say was ‘this plane belonged to Amelia Earhart’ and I was hooked. She purchased this plane in 1930 and gave it the nickname ‘Little Red Bus’.

So many of her aviation records were set in this plane. In 1932, Earhart became the first woman and second person, first was Charles Lindbergh, to fly alone across the Atlantic and the first female to fly nonstop across the United States. For the latter journey, Earhart flew from Los Angeles to Newark, New Jersey. In 1933, this plane was sold to Philadelphia’s Franklin Institute and later donated to the Smithsonian.

For those who don’t know the story, Earhart disappeared over the central Pacific Ocean in 1937. She had set out to circumnavigate the globe. Excitingly enough, when I googled Earhart a news story came up that was published only an hour ago saying that they may have found her body. Watch this space!

It is no secret that I am in awe of Frida Kahlo’s work and fascinated by her life. While I was in Mexico in 2015, I made it an absolute priority to visit her house which is now the Frida Kahlo Museum. I have written numerous blog posts on this musuem so I won’t go into too much detail.

It is an incredible place filled with so much colour and plant life! The museum essentially, consists of two parts – her house and a small exhibition area. I loved how crowded it was when we visited. We shuffled through her house viewing her paint studio and a few other smaller rooms. On display in the exhibition area was some of her clothing. Due to a traffic accident, Kahlo experienced back pain her entire life. It was amazing to see how she incorporated her back brace into all of her clothing. Also a great reminder of how strong she must have been! 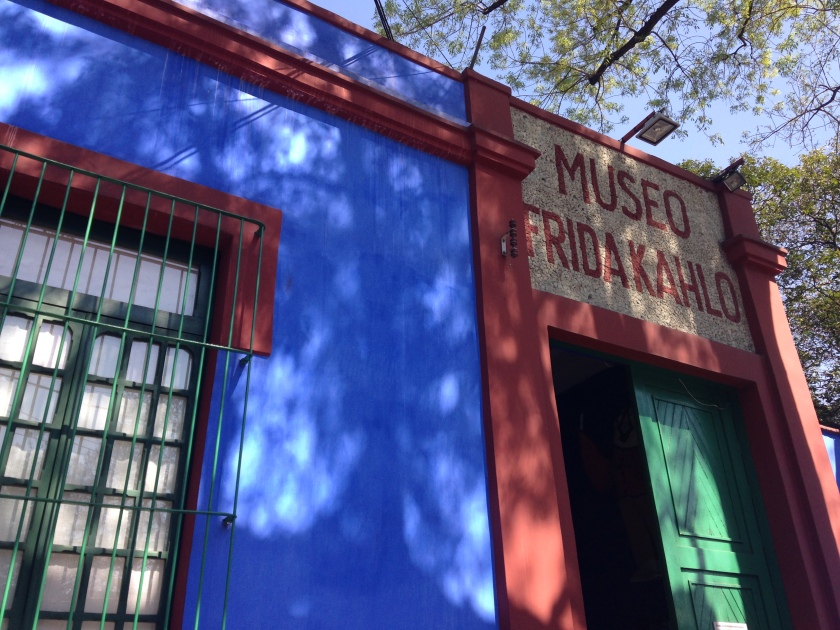 In the main building of the Ludwig Maximilian University, Munich (Ludwig-Maximilians-Universität München) there is a small memorial/museum to the White Rose resistance group. During World War II a group of University students, including Sophie Scholl, released pamphlets speaking out against the Nazi dictatorship. They were eventually discovered, arrested, and executed for their crime. Sophie Scholl died at age 21. Her story, along with those of the other group members, continues to be told all over the world. This museum had a few of her objects on display including her diary.

Apart from the University museum, you can also visit a small memorial in Munich where the group went to trial. It was quite an emotional experience visiting. Along with court transcripts and large images of the convicted, there was a vase in the corner of the room filled with white roses.

In 2017, the University museum went through a major upgrade and I cannot wait to revisit and learn more about this incredible group and brave woman. 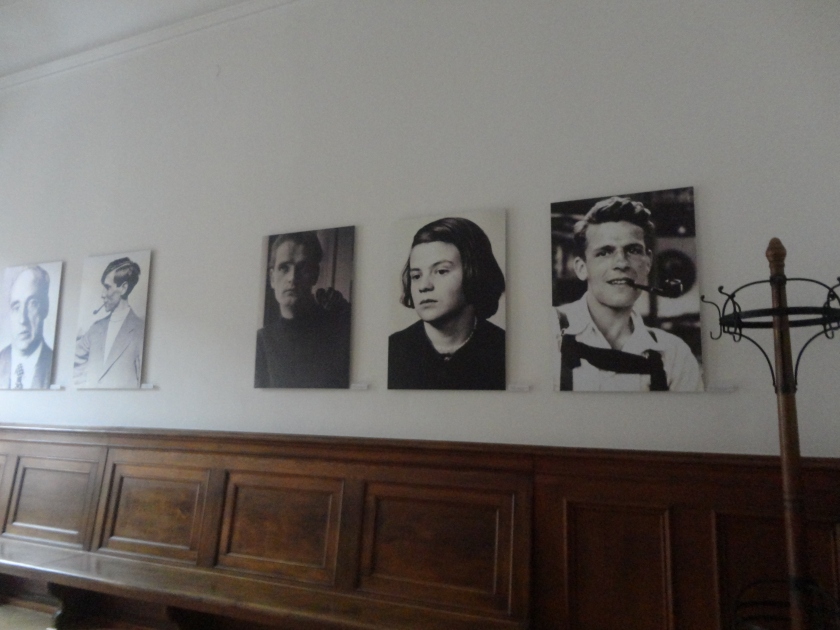 How could I possibly create this list and not include Frances Glessner Lee. I am about 99% positive that everyone who I meet must, at some stage, listen to me go on about her life. Lee was such an influential figure in developing forensics in the United States. She achieved this by creating her “Nutshell Studies of Unexplained Death” – crime scene dioramas that were dollhouse-sized (so quite small). In total, she created twenty and can I just say that EIGHTEEN of these are still used today for training purposes. They are so detailed, that some even contain miniature working mousetraps and rocking chairs.

Each of the dioramas presents a homicide and it was up to police officers in training to pick apart the scene, look for clues, and solve the case. Prior to this, evidence was being unintentionally destroyed because so many officers had no idea of what was significant etc. Not only did Lee allow for such great advancements in foresnics, but, she also became the first female police captain in the United States and helped to set up the Department of Legal Medicine at Harvard.

I was unbelievably fortunate to see one of these Nutshell Studies on display at the Wellcome Collection in London. Until you see one with your own eyes, you can’t quite grasp just how remarkable they are. The one I saw consisted of a man who had been hit and murdered with a blunt object to the back of the head. In one of his hands was a tiny newspaper which was actually an exact replica of a newspaper just in miniature form. Although the tour only spent a few minutes exploring the object, I stayed behind and probably spent just under an hour looking at every single detail.

For those interested, 99% invisible did an amazing Podcast on her story. You can find it here:

I will not rest until everyone knows her story!

I said this was going to be a short blog post and it has almost turned out to be the longest one I’ve ever written. What can I say? You have to give amazing women their deserved time in the spotlight. I hope everyone has a wonderful International Women’s Day!