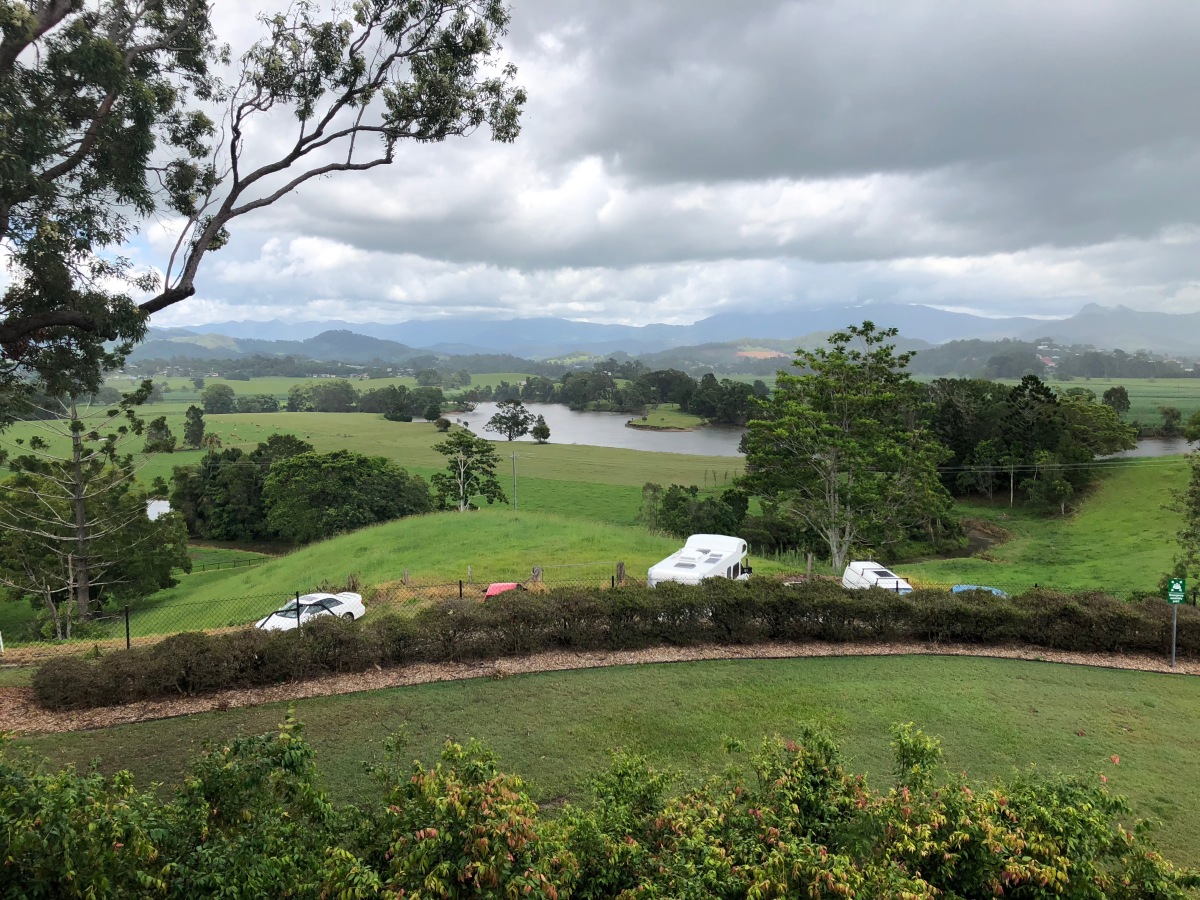 Today we crossed the border between Queensland and New South Wales to visit the Tweed Regional Gallery & Margaret Olley Art Centre. Set in such beautiful surrounds with views that will be Instagrammed endlessly, we were very excited to explore what was on display. There were a few temporary exhibitions and, of course, the Margaret Olley Art Centre. This post is going to cover a few different things focusing on some of the exhibitions and our guided tour.

The building was like a Tardis (relevant Doctor Who reference considering the first female doctor was revealed last night to much delight!!). From the outside you would never guess how large it is inside. There are three large rooms and a pretty big hallway. Each bit of available wall space was in use for an exhibition. Despite this, the gallery never felt cluttered. A lot of thought had gone into the construction of the building and it had a nice flowing effect. Here were my favourite exhibitions that are currently on display.

My Favourite Exhibition – TextaQueen Between You and Me

Never in a million years did I think Texta Pens could be used to make incredible art. That was the old, ignorant me. The new me has now realised that in the right hands, they can be used to create masterpieces. The artist, TextaQueen, communicates incredibly complex issues of race, gender, sexuality and identity in her work. This is all achieved through the lens of popular culture. For example, some of her work resembles a classic movie poster, but, with a twist. TextaQueen has stated on her website that these works detail the evolution of her identity – a Goan Indian heritage born and raised in Australia.

What really drew me to these works was how they were displayed – spaced out in the hallway. All of the works were bright and colourful, filling the space between rooms with strong messages that followed visitors as they walked through. They demanded your attention which I think was incredibly fitting considering each work had something very strong to say. If they were just placed in a room together with a didactic at the beginning, I don’t think they would have had the same impact.

I strongly encourage you to look through her Instagram which you can find here:

Another Great Exhibition – Alasdair Macintyre The adventures of Aecap

I love seeing exhibitions targeted at kids being enjoyed by adults. There was so much colour and life in this exhibition that you couldn’t help yourself from having fun! I especially loved interacting with the giant toy and angry gallery guard.

The exhibition is designed to encourage children to become artists – even if just for a moment. It does this by asking questions such as, what does it mean to be an artist? To answer these questions, visitors must follow the adventures of the character Aecap and his dog, Impasto. Along the way you discover what art can look like and what can be used to create artworks.

It was very well curated with lots of room between works and interactive stations. There were also little areas set aside for families to take a break. I felt as though kids could easily spend an hour or so in this space learning heaps and having fun.

After walking through the temporary exhibition spaces, you reach the Margaret Olley Art Centre. Olley was an absolutely incredible individual. Here are just a couple of quick facts:

Born in New South Wales, Olley spent most of her youth moving between Queensland and New South Wales. During this time, she developed a passion for art, eventually studying the discipline. From there, her career in, and passion for, the arts continuously blossomed.

Olley spent a considerable portion of her life living in the suburb of Paddington in Sydney. Her house, known as the Hat Shop as it once held a hat shop, was an old Victorian terrace. It wasn’t only her house, but also, her studio. On her death, it was left to the Gallery. Each object in her house that was kept in the Yellow Room, Kitchen, Hat Factory or Lounge Room was documented and moved into storage in preparation for its installation in the gallery space. Once these parts of her house were re-created, the objects were moved in and placed exactly where they had been in Sydney. I can’t imagine how much work went into this project. The outcome, however, was definitely worth the effort.

Each of the rooms contains such an amazing assortments of bits and pieces. You can definitely see how she used the house as her studio with props for still life paintings left all over the place. Her paint brushes and palettes can be seen in every room on tables, chairs, and in kitchen sinks. If you are interested in learning more about the logistics of  moving these objects, there is a short film that provides a bit more information.

The final part of our experience that I want to review is the guided tour. Just as we were making our way back to the beginning, it was announced that a guided tour was about to begin. Since it was suggested, we thought it would be something nice to do as we had never visited the space before.

Overall, we enjoyed the tour as it added that little bit more to our visit. Personally, I learn more by listening than by reading. Tours allow me to look closer at works or objects and discover more about them. For this reason alone, I am always looking for a tour.

Our guide, Elizabeth, gave us a quick overview of each of the exhibition spaces highlighting one or two objects. This method worked well as we were able to cover a lot in a limited amount of time. It also helped sustain peoples’ interest as we were constantly on the move stopping only occasionally. If you are going to visit, try and aim for a guided tour.

It was definitely worth the drive down from Brisbane. I cannot wait to visit again next year when the artist in residence, Monica Rohan, has her work on display. She is definitely one of my favourite artists and I cannot wait to see how she interprets Olley’s house/studio!