I am already breaking the promise I made yesterday about posting every second day. This is because I am literally too excited not to write about the National Museum for Women in the Arts. Before I begin, I am going to assume there are people out there who would say “where is the museum for men in the arts?” Walk into any art gallery in the world and I challenge you to find a greater representation of women artists to men. You’ve already got your museums of men in the arts, visited by literally millions every year. There are of course exceptions, but, there are so few. Now that’s said and done, I can drop my imaginary mic and write on.

To start, when you walk into the museum you can select either a traditional map and guide or something a little special. Inside an elusive looking envelope are a selection of cards that each contain a different work of art and some information on the reverse. The museum encourages you to take these cards home and share them with your friends. Look, I was already head over heels. 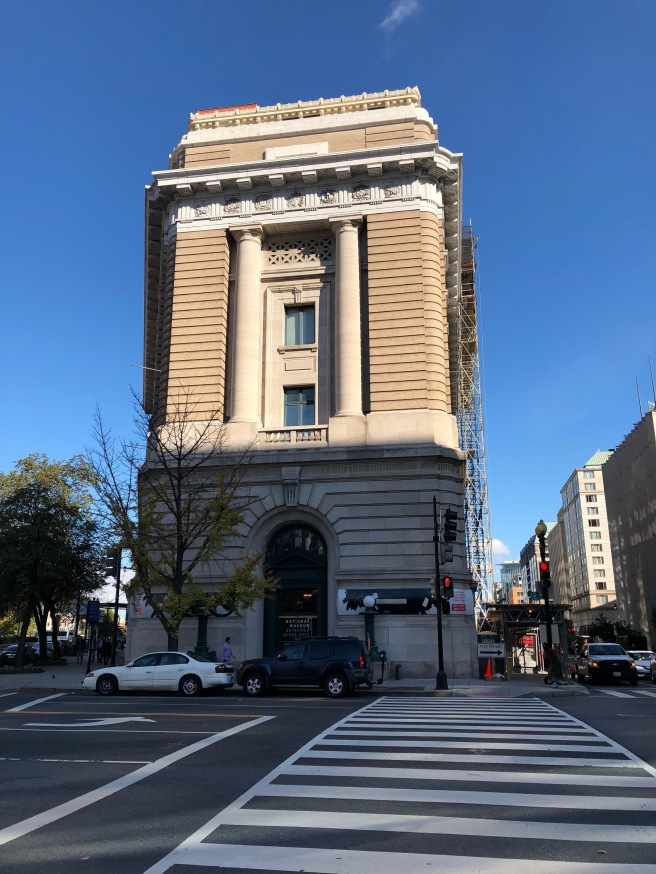 The first two floors of the museum have some collection highlights on display. I loved the works by Marion Pike. Although Coco Chanel was close to artists such as Pablo Picasso, she chose Pike to paint her at work and at home. The paintings that were produced are beautiful and capture the different sides of Chanel. My favourite was a medium-sized piece, seen below in the top left. It had a subtle multi-coloured background with a contrasting black and white image of Chanel that really stands out. The fluttering of her scarf looks so real.

The works on the second floor are displayed underneath ornate plaster arches applied to the wall. There are some very early works from the 1700s proving that women were, in fact, present alongside some of the masters we all read and hear about. My favourite piece on this floor was a selection of photographs from a series by Janaina Tschäpe, “100 Little Deaths”. While travelling the globe, Tschäpe wanted to connect to the various places and environments she encountered. She decided to photograph herself lying on the ground. It was randomly beautiful and produced some interesting works. 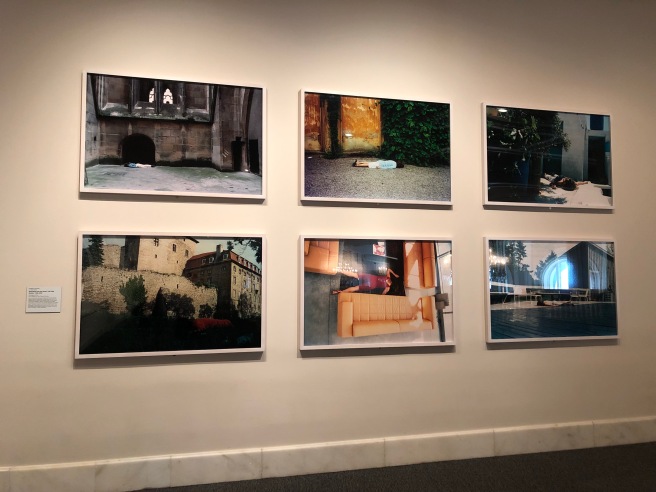 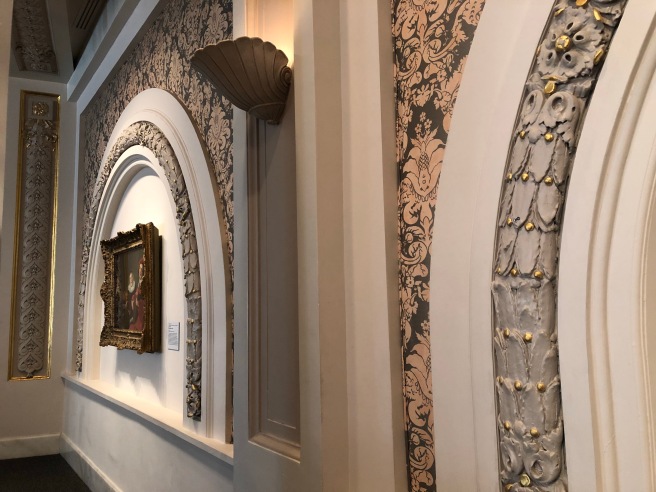 The top floor was my favourite. So much artwork and so much history. The first artwork we saw is pictured below – hence why it was already my favourite floor.

Each room contains artworks pertaining to a theme. The first was herstory. Women were banned from early art schools that taught how to incorporate mythology and religion into art. They were told to stick to portraits because these were seen as easier to produce (I think the Archibald Prize has something to say about that). Women artists did, however, reference and redefine history through their works whether they intended to or not. Another section I loved was called “Body Language”. Works in this section exhibited how feminist artists in the 1960s and 1970s reclaimed how their bodies were represented in art. Prior to this, these representations were controlled by men.

There was something so wonderful about seeing works by these amazing female artists. Probably because I just haven’t seen a lot before in one place. The atmosphere this created is one that I so strongly believe can be appreciated by both men and women. Speaking of which, it was a shame to see the gallery filled only with women. There were no male visitors while we were there. It would be great to see more men in the museum learning about the history of female artists and their presence throughout history.

There were so many highlights in the museum I think they each need a special mention. The following six works were my favourites.

The style and work of Frida Kahlo just makes me happy. She was a fantastic artist who included strong political and social messages in her colourful works of art. This particular piece shows allegiance to Trotsky and Marxism. Kahlo is dressed in peasant clothing holding a letter of appreciation addressed to Trotsky. I will never tire of seeing her works.

Some of the works had two labels – one with heaps of information and one that just had the basics. This work could be appreciated so much more by reading the longer label. This work represents the duality of pleasure and pain. The white leather wedding gloves look soft to wear yet are filled with sharp thorns. A quick turn from pleasure to pain.

This piece was in a section dedicated to women reclaiming domestic tasks, such as embroidery, and turning it into art. It combines so many different elements including hand stamped gold and embroidery to create a very intricate piece.

I was so excited to see an Australian artist on display! Freeman is from Adelaide where she creates clay molds of everyday objects. This is a collection of various types of Tupperware. They represent notions of domesticity, but also, the human desire to preserve. The label states that the molds are “cheeky”.

From afar, this work looks like a painting. Up close, however, the layers are revealed. Kahn has created a collage of historical material from journals and printing plates. The main woman figure was created from piecing together different 17th century representations found in the historical materials. 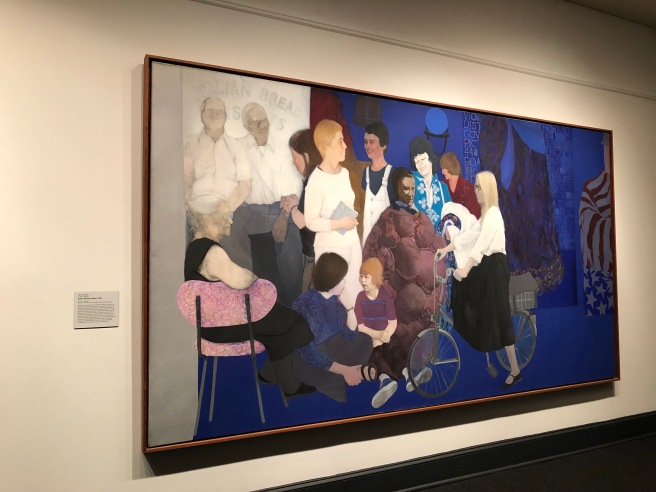 This work depicts numerous female artists from New York in the 1970s. It celebrates the accomplishments of female artists by presenting them at the forefront of the work. It is a painting that feels alive. You can almost hear the conversations through the work.

I strongly encourage you to visit this museum if you are ever in Washington. It holds some incredible art that has such a strong statement to make. It would be great to one day see this art hanging integrated in other institutions. For now, this gallery is playing a very important role promoting what has been neglected and showcasing the work that may have been hidden.