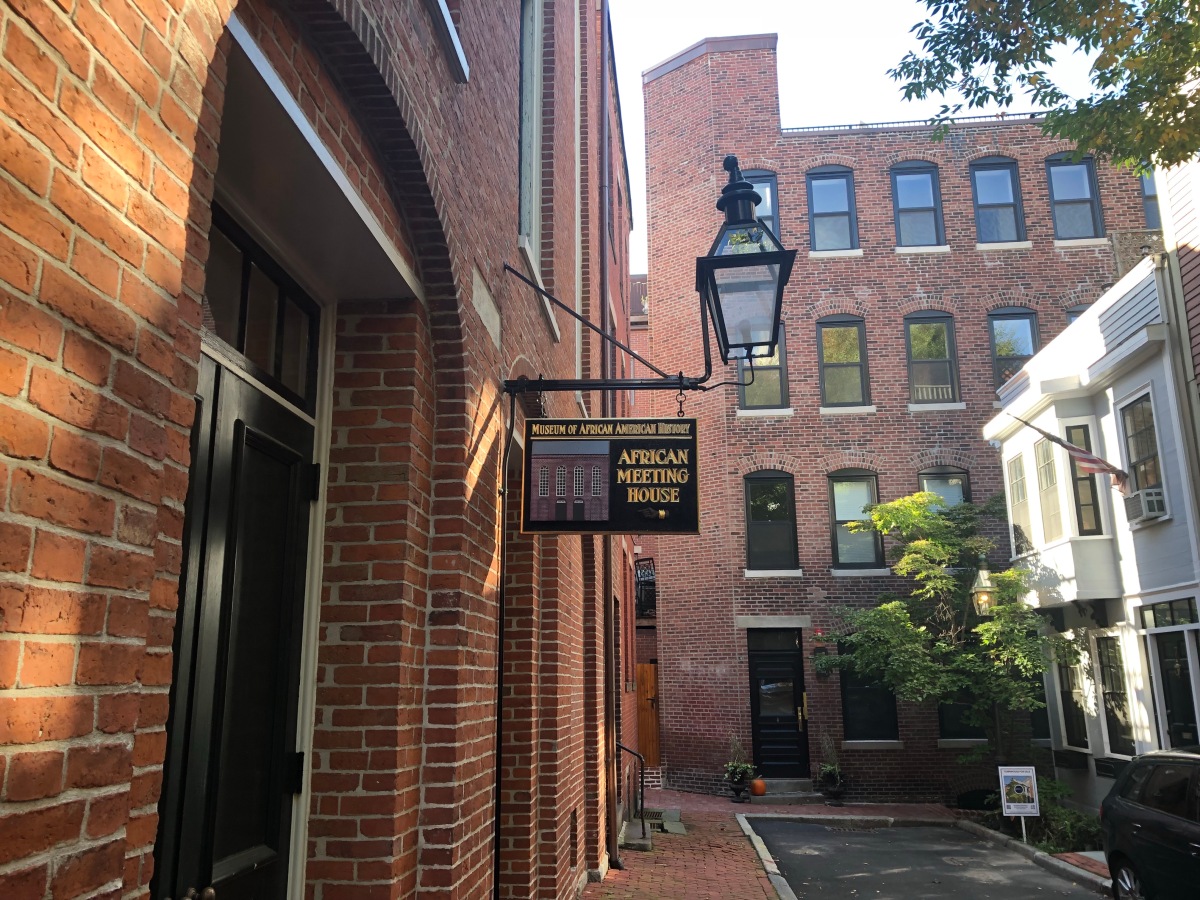 There was so much we did in Boston that I didn’t get the chance to blog about. From now on, there will be a new post every second day. This is to avoid the release of four blog posts in one day! I promised a while ago I would write on the Black Heritage Trail. After leaving the Freedom Trail Tour at Faneuil Hall, I made my way to the Abiel Smith School on Joy Street. Built between 1834 and 1835, the building held the African School of Boston. This wasn’t the schools first location. As early as 1787, there were petitions against the inequality of the education system. Two years later a school was established in the home of Primus Hall. In 1808 it was moved to the African Meeting House.

Eventually the school was built with the funds left by a businessman named Abiel Smith. The conditions of the school weren’t great and the education received by students was no where near the same quality as white students in public schools. The public school system in Massachusetts was the last to be de-segregated following Brown vs. Board of Education. 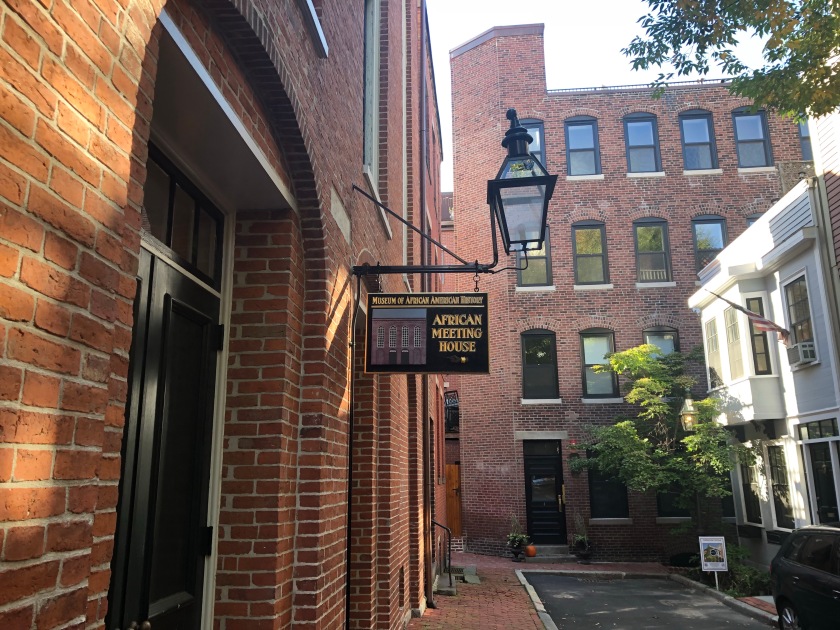 The school building is now a museum which is run by the National Parks Service. I was welcomed by lovely front of house staff who informed me there was a short tour of the Heritage Trail. It included a tour of the school building and the African Meeting House. I will list the other stops on the tour at the end of my post.

We started in the African Meeting House. Our guide was a Park Ranger who clearly knew their history. The building has served many functions over the years including its primary purpose as a church. It is also where the New England Abolitionist movement began, where Frederick Douglass presented many of his speeches, and where the 54th Massachusetts Regiment was recruited.

As a side note, if you are interested in the 54th Massachusetts Regiment, there is a memorial to the soldiers in Boston Common. In front of the memorial is a plaque containing further information. It is a stunning memorial.

The tour of the Meeting House lasted around 45 minutes. After hearing all of this history in one go, you are then free to explore the House at your own pace. There were a couple of specific highlights I must mention.

Right at the back of the house is a segment of wall that is framed. It is very easy to spot. Inside the frame is an original segment of painted wall showing the original paint colour that had been scraped back. I am an absolute fan of showing how restorations are achieved. A bit of scraped paint and original wall completely transformed the House and added that extra physical layer of history. 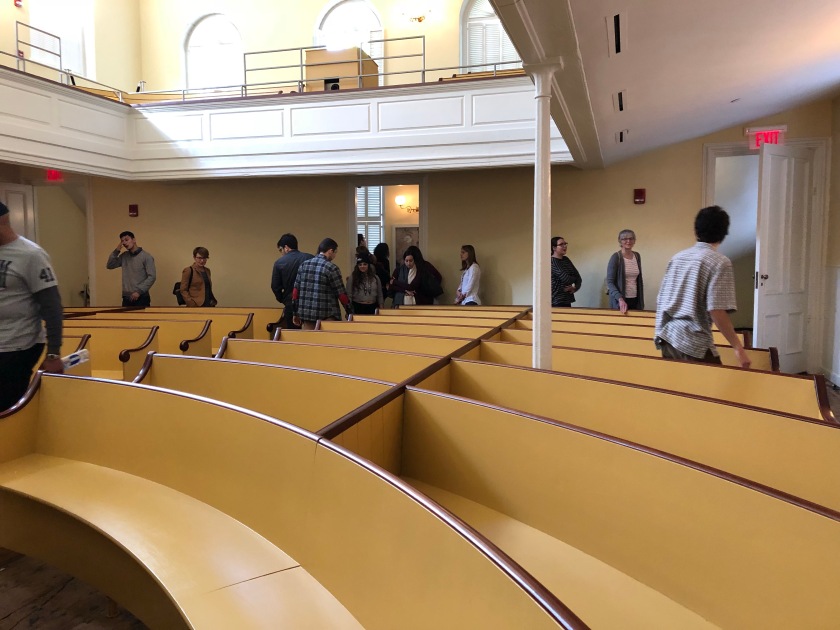 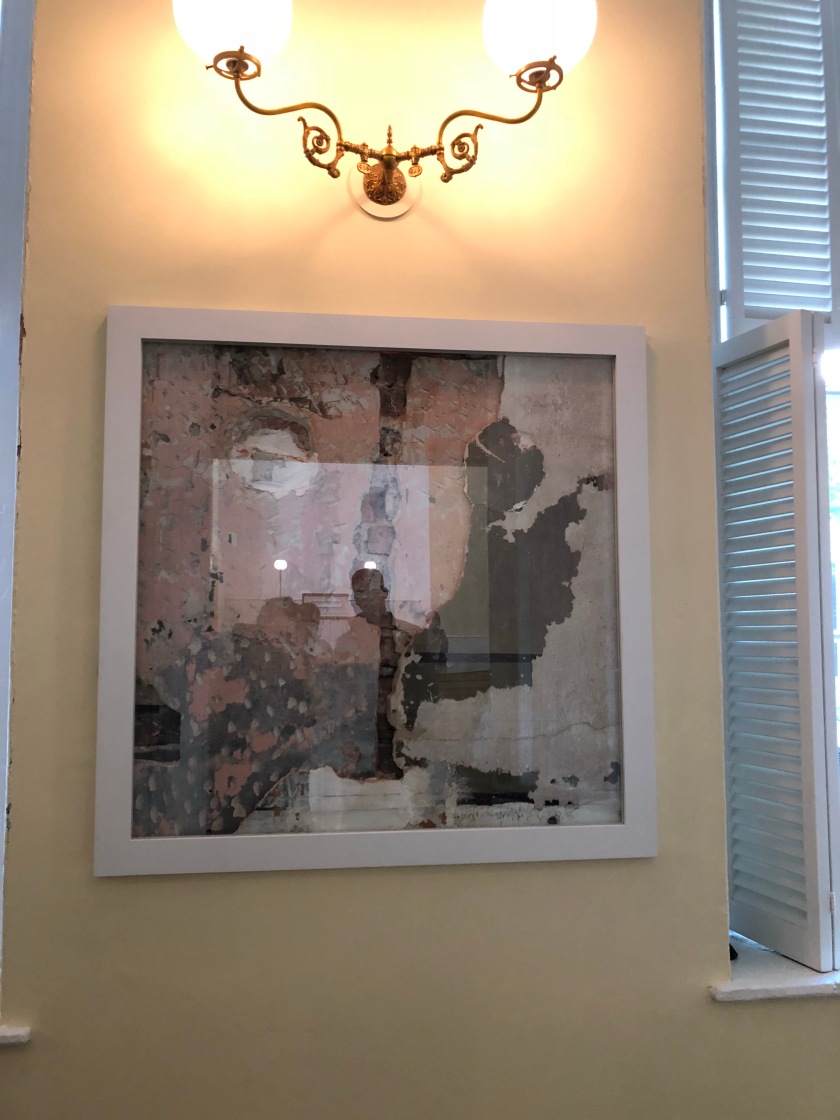 Once you’ve seen this wall, turn around and inspect the pews. They all look deceptively similar. Only two pews in the house are, however, original. The rest have been based on these originals. You can tell as the original pews have numbers attached to the back. 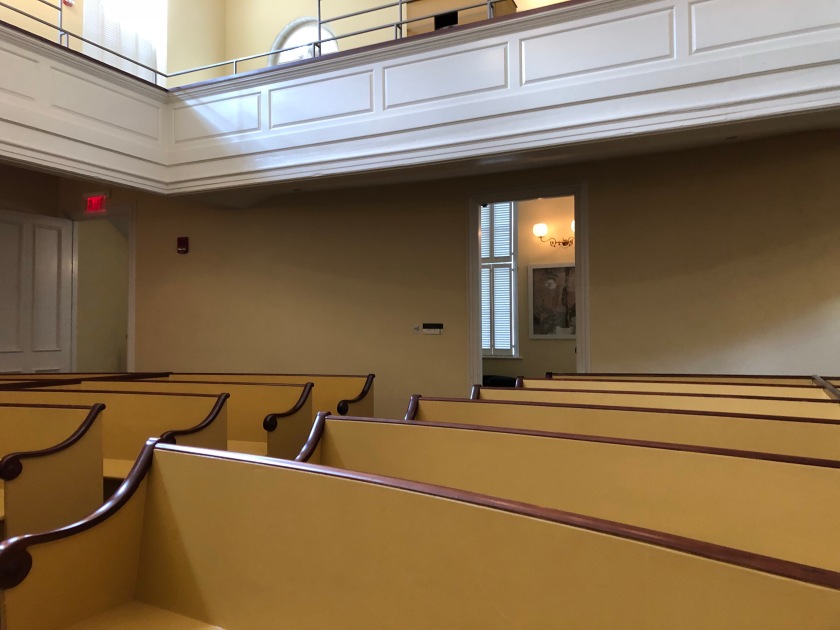 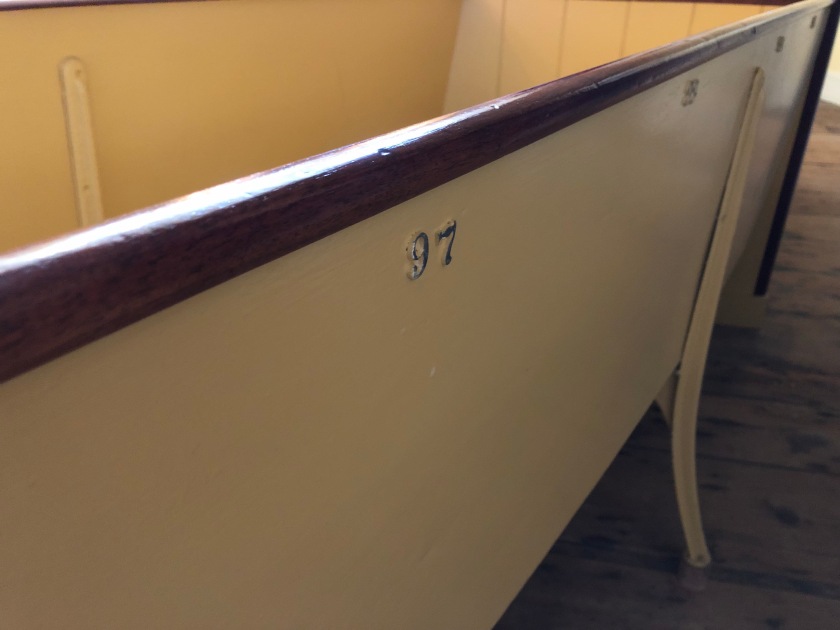 After our tour, I went back to see the exhibitions in the school. I was hoping there might be a permanent display on the history of the school or of de-segregation. Unfortunately, there was no such display.

There was a display spread over two levels on the photographs of Frederick Douglass. I have to admit that before seeing this exhibition, I only vaguely knew about this famous abolitionist, orator and author. The exhibition was well curated allowing visitors to move freely around the space. The exhibition begins with quite a lengthy introductory panel explaining how Frederick Douglass used photographs of himself in his work. Essentially, to establish a new image of black people as free and self-determined. It stated he was one of the most photographed individuals during this time with estimates suggesting there are 160 photographs surviving. That is a huge number considering their rarity at the time.

If you are interested in the Black Heritage Trail I highly recommend combining it with the Freedom Trail. It’s a great way to see multiple perspectives of Boston and uncover more of its past.

Other stops on the Black Freedom Trail are: