Greetings from Stockholm! We arrived yesterday after a long train ride from Copenhagen. This is my first time in the city and, so far, I am very impressed. There are quite a few museums here that we will explore over the next few days. On the agenda for today was a walking tour of the old city – Gamla Stan – and the Vasa Museum – Sweden’s most popular tourist attraction. 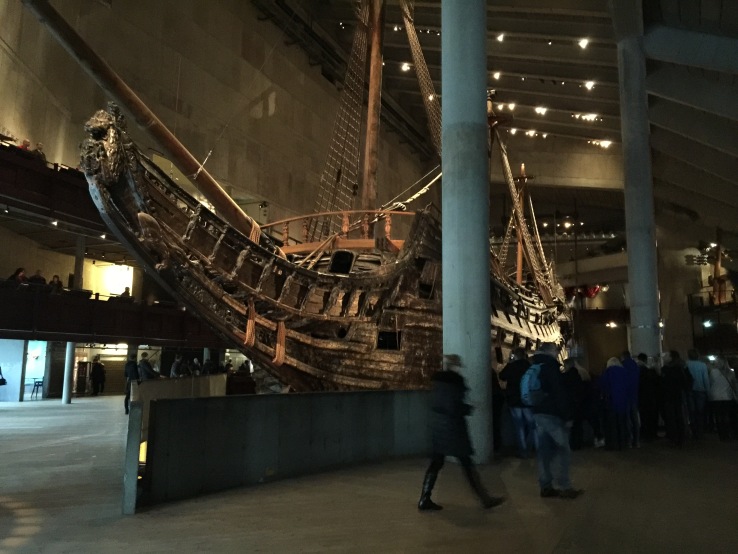 Let me take a moment to set the scene for the Vasa Museum. During the 17th century King Gustav II Adolf of Sweden hoped to transform the country into a feared military power. The Vasa was one of the four warships commissioned by the King and was designed by Dutch shipwright Henrik Hybertsson. Its maiden voyage on 10 August 1628 ended in disaster. Within minutes of setting sail, the entire ship sunk in the harbour. Twenty-three lives were lost. Although the exact reason behind the ship’s sinking remains unknown, many have blamed its design.

The ship remained on the sea bed for just over 300 years. In 1961, the ship was salvaged and moved into its new home. What can be seen in the museum today is 98% original. This basically means that the whole ship was preserved on the sea bed and salvaged with great care. It is magnificent and absolutely dominates the museum space. 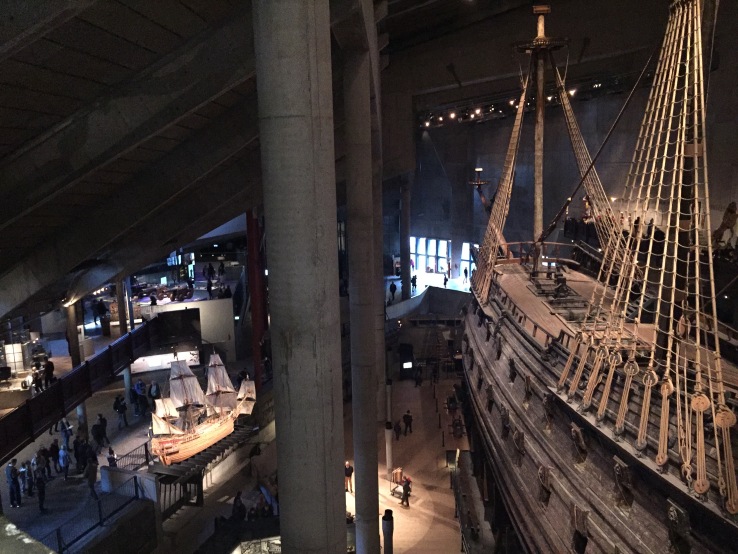 The design of the museum complements the ship. There are six levels containing exhibitions and ship-viewing platforms. I really enjoyed the exhibitions Life on Board, Face to Face, and Preserve Vasa.

Located on level 5, Life on Board is a small exhibition showcasing some of the objects found on board the ship. Highlights include scraps of clothing and a pair of intact stockings. They were able to survive the wreck as they were locked away in a sailor’s chest/cask. On display in a small window is one of the only gold objects to be found in the wreck. It is a ring that belonged to Vice Admiral Erik Jönsson. There were quite a few more objects on display and some thematic panels. Overall, it provided an interesting insight into what the shipwreck has revealed about life in 17th century Sweden. 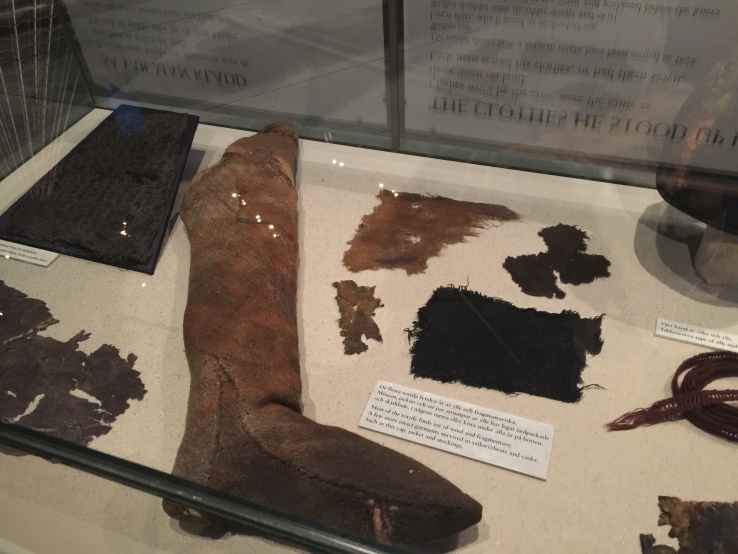 Both Preserve Vasa and Face to Face are on level 2. I think it’s great when museums reveal some behind-the-scenes tips and tricks for visitors to appreciate. The entire Preserve Vasa exhibition traced how the ship had been naturally preserved for 300 years and how it is preserved today. Conservation techniques such as freeze drying are explored and displayed. The section I found most informative was titled ‘Why Conserve?’ On display are three pieces of wood – one which has not been conserved, one conserved by impregnation with PEG, and one preserved by chemicals and freeze-dried. It was a great way to physically show the importance of conservation and what may occur if incorrect techniques are applied.

This exhibition is, in a way, designed to honour the twenty-three victims of the shipwreck. It tried to answer questions such as “how can the skeletons bring us closer to the men and women from the Vasa? Who were they? How did they look? What had they experienced?”

By analyzing skeletal remains, an attempt has been made to reconstruct how they may have looked. It was interesting to see how much information could be ascertained from the remains themselves. After discovering this basic information, each skeleton was provided with an identity. This included a name, occupation, diet, etc. Whether this was respectful or not is still being internalized.

The great thing about this museum is that you can legitimately spend the entire time viewing the ship from a variety of vantage points. I could have spent the entire afternoon observing the ship closer and seeing all its details up-close. The exhibitions are worth visiting if you are searching for something extra to add to your experience. 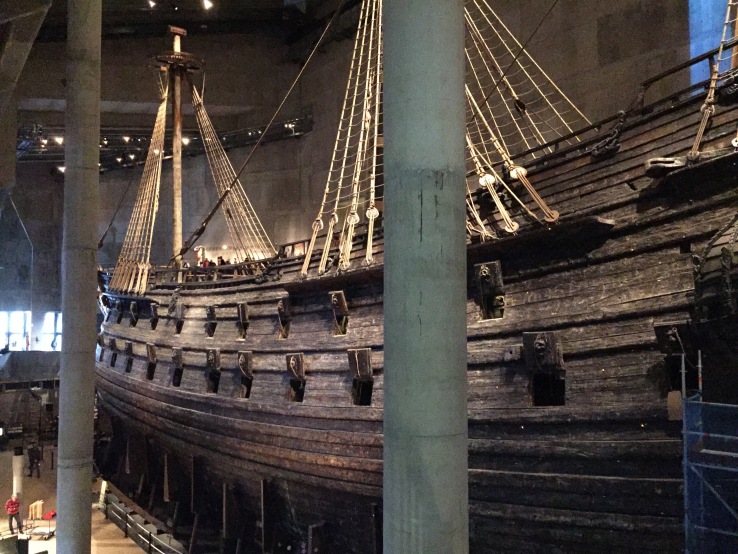 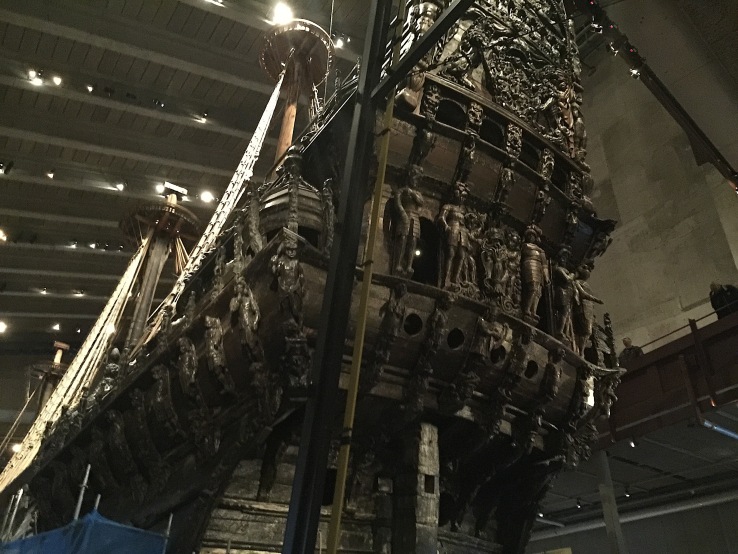