Last night I had the most incredible opportunity to attend a show by the Underground Opera Company in the Spring Hill Reservoirs. It truly was one of the best performances I have ever seen and the way it activated the heritage place was remarkable. The following blog post will be roughly divided into two sections. One on the Reservoirs, and the other on the Underground Opera Company. Weaved throughout will be my review of the evening. This will include reflections on re-purposing heritage places and why I think that process is of great value.

To be perfectly honest, I have lived in Brisbane almost my entire life and had no idea the Reservoirs even existed. I must have seen the name pop up during Brisbane Open House, but I have never visited. The Spring Hill Reservoirs are two structures located behind Old Windmill Tower in Observatory Park. As a brief aside, the Old Windmill Tower is Queensland’s oldest structure, and Australia’s oldest still-standing windmill, dating back to the convict era with a very dark past. For more information on that particular heritage place, click here. No doubt there will be a blog post about the Windmill in the future. 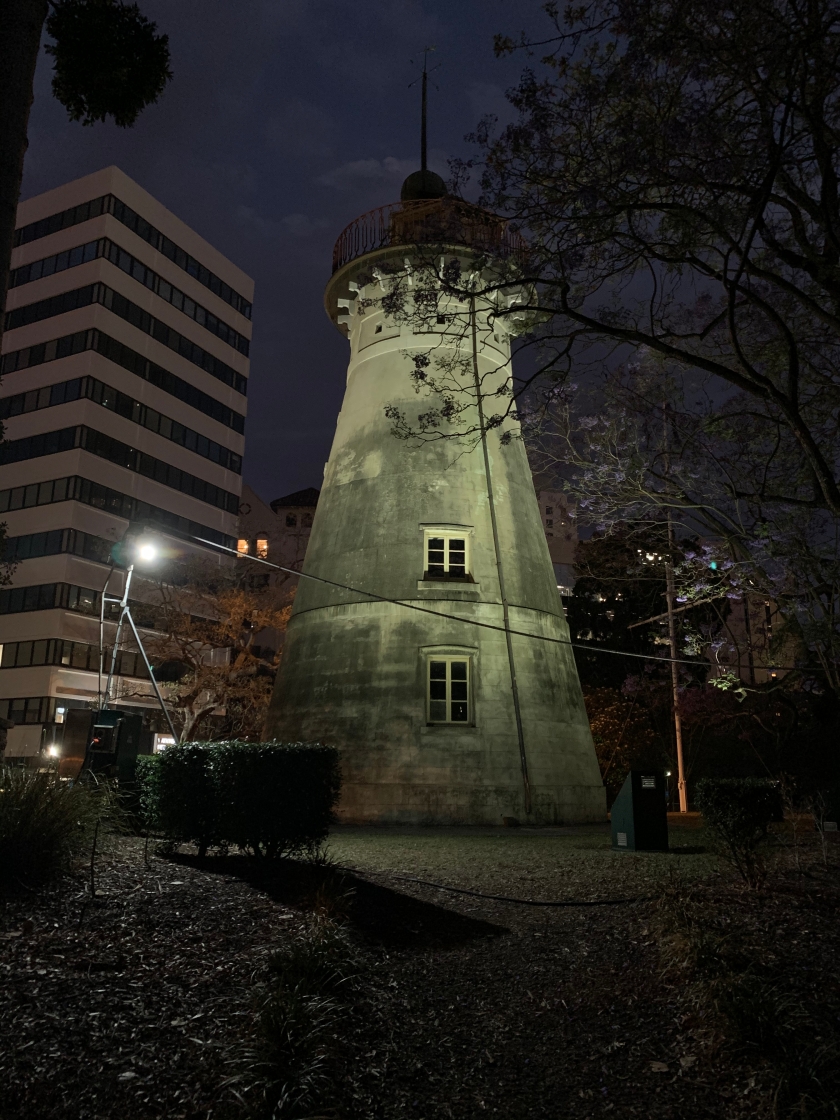 Back to the Reservoirs. The structures were built during the late 19th century (the first reservoir opened in 1871) and were designed to be water storage and distribution facilities for Brisbane. The opening of the Reservoirs was very significant to the development and growth of Brisbane. As they better managed Brisbane’s water supply, the price of water dropped therefore allowing the city to become more affordable.

Between 1871 and the early 1880s, there was only one reservoir. This changed as there was a clear need for a second reservoir to support the expansion of Brisbane. These two structures were in full operation until September 1962 when the water main from Enoggera Dam collapsed. As with so many heritage structures, the discussion of ‘well, what do we do with it now’ took place. Would they become art galleries, bus exchanges, restaurants, or something entirely different?

In 2014, the Underground Opera Company contributed $150 000 to temporarily transform one of the Reservoirs into a place for operatic performances. More on the company a bit later on. Needless to say, I’m glad the reservoir became a space where arts and culture in Brisbane can thrive.

On October 21, 1992, the Reservoirs were inscribed on the Queensland Heritage Register, ticking 6 out of the 8 criteria.

The Reservoirs are an important historic display of demographic growth in Brisbane as well as the desire to improve standards of living during the early period of self-government.

Not only were they the first Reservoirs to be built in Queensland, but they were not made from concrete. Instead they were built of brick with arched baffle walls.

Criterion C – The place has potential to yield information that will contribute to an understanding of Queensland’s history.

The structure of the Reservoirs has great potential to reveal any technical or archaeological evidence relevant to Queensland’s past.

Criterion D – The place is important in demonstrating the principal characteristics of a particular class of cultural places.

The Reservoirs are a significant example of above ground reservoirs built all across Australia.

Criterion E – The place is important because of its aesthetic significance.

As well as the exterior of the Reservoirs being a fundamental part of the aesthetics of Windmill Hill, their interior is atmospheric and aesthetically beautiful.

Criterion F – The place is important in demonstrating a high degree of creative or technical achievement at a particular period.

The Reservoirs represent what was an innovative solution to the inadequate water supply of early Brisbane.

I can definitely attest to the fact that the interior of the reservoir we went to was stunning and provided a near perfect acoustic space for the singing. I have  mentioned this in many blog posts before, but to reinforce my perspective and opinion, I think heritage places (not all but most) should evolve over time. Not only does this ensure for relevance, but can be another chapter in their story of significance. Seeing new ventures and creative thinking happening in heritage places, such as the Reservoirs, fills my heart with joy. 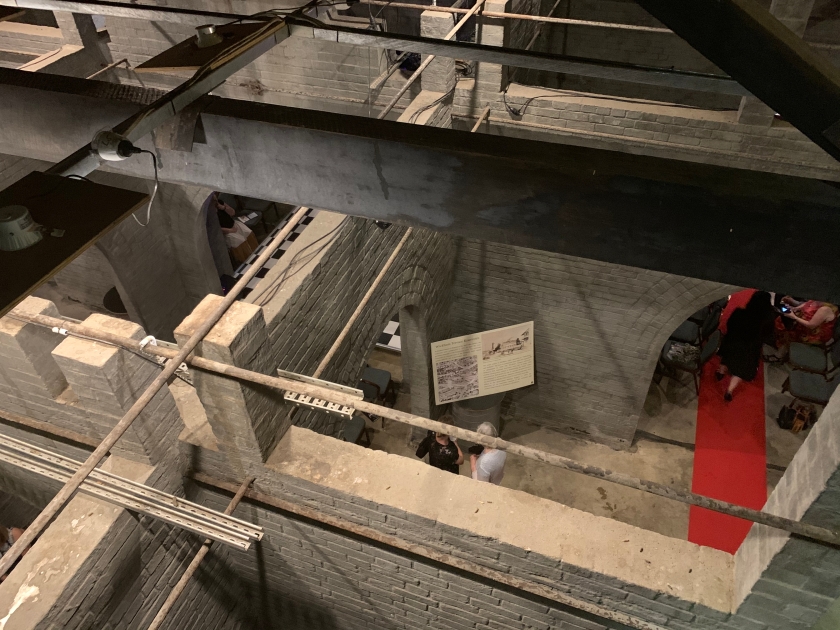 To finish, I want to write a little about the opera company and hopefully encourage you to consider attending one of their shows. Not only do they perform in the reservoir (next year there is a Broadway show!), but they also have shows at the Capricorn Caves near Rockhampton and the Sunshine Castle at Bli Bli. Pretty much as soon as the show ended we booked tickets for the Christmas carols show coming in December. The particular show we saw was a highlights reel of famous opera songs with some Phantom of the Opera and Fiddler on the Roof thrown in. Even an operatic version of Wrecking Ball by Miley Cyrus. The explanations between each set of songs contextualised the experience and has made me really want to see the operas in full.

According to their website, this company wants to engage people in a new space, not a ‘sterile theatre’. I really appreciate this sentiment as it’s a way of encouraging people to see the opera not in its traditional and could be seen as elitist setting. It would be very interesting to see if the audience who attends any of their shows has also gone to the opera at a performing arts centre.

To summarise, what really stood out to me was the combination of activating a heritage space, engaging a potential new audience, and producing an experience that you certainly don’t have every day.