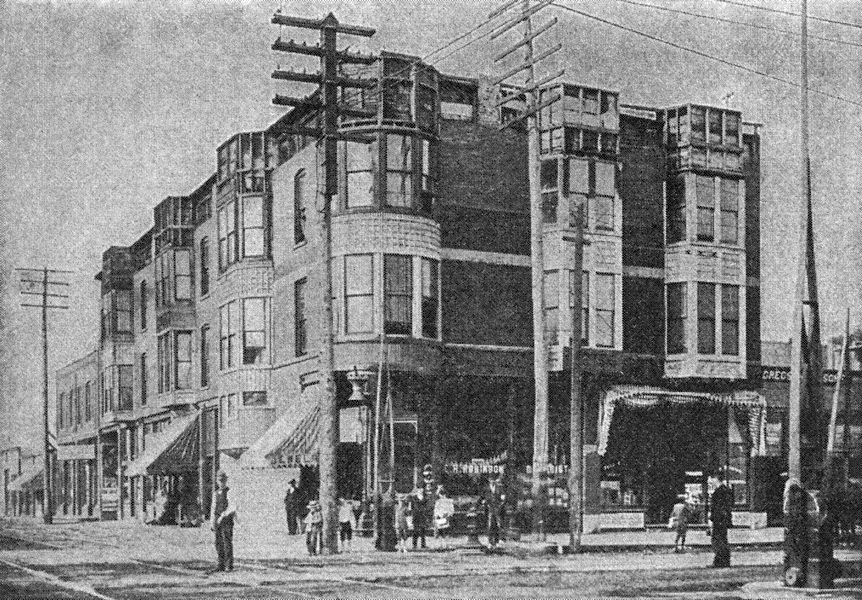 I usually try and write my blog posts immediately after visiting a museum/heritage place. Sometimes, that doesn’t happen and sometimes you wake up on a Sunday morning at 6 am and realise you still have a blog post pending.

This is my final post on Chicago which is now long overdue. I’ll be covering the Devil & The White City tour offered (and initiated) by Weird Chicago Tours. In 2003, Erik Larson published a book of the same name covering two quite distinct yet completely interrelated stories – the construction and proceedings of the 1893 World’s Columbian Exposition and the Murder Castle/Hotel operated by Herman Webster Mudgett, better known as H H Holmes. If you haven’t had the opportunity to read this book, I highly recommend it.

According to our guide, Eric, there are three types of people who are attracted to this tour:

If you’ve read my “About This Blog” page, you’ll know that I am not only a historian, but also, a true crime buff. If you’ve read any of my previous blog posts, you’ll also know that the first exhibition I ever curated was on Queensland’s representation in World Exhibitions during the 1800s. The tour might as well have been called “Psst Rebecca you should do this tour because it combines pretty much everything you are interested in and because you’re speaking about H H Holmes at a conference this year it may be tax deductible.”

According to the Weird Chicago Tours website, the tour visits locations that transport visitors back in time to when the Windy City (coincidentally not named because of windy weather, but because, well, you can Google it) was home to the 1893 World’s Exposition. It balances the history of Chicago in the lead up to the fair, during the fair, and finally, the city’s dark past. Here is where we ventured on the tour. I will include a link to the company’s website at the end of this post.

If you are looking for one of the most haunted hotels in Chicago then The Congress Plaza Hotel should be your first stop. Built for the 1893 World’s Exposition, the Hotel has since undergone some renovation and reconstruction and continues to operate today. We visited not only because of its connection to the Exposition, but also, because there is evidence to suggest H H Holmes would hang around the lobby from time to time offering young women who couldn’t get a room one at his hotel.

I’m going to pause here for a moment in case anyone is wondering who is H H Holmes. Basically, he is regarded as America’s first documented serial killer who murdered somewhere between 27/28 (what he confessed) and 200 (what the original police report stated) in his hotel located in Englewood, Chicago. Holmes tried completing a medical degree but was kicked out of College due to using cadavers to defraud insurance companies. This is one of the only pieces of information we know for sure about Holmes. I will talk more about this Murder Castle/Hotel later in the post.

After the hotel, we went on a bit of a drive to see a memorial dedicated to the Great Chicago Fire and where the fire allegedly began. The fire broke out in 1871 killing a few hundred people and leaving thousands homeless. As the city mostly contained wooden structures, the effects were devastating. But, the people of Chicago rebuilt their city and only a couple of decades later were in a position to even consider holding the World’s Exposition.

One thing I really enjoyed about this stop is that our guide went through the story traditionally taught about the fire. That is, Catherine O’Leary’s cow knocked over a lamp starting the fire. Then, we discussed how history treats those who were marginalised. As O’Leary was quite an outspoken woman in early American history, she was a scapegoat. Today, there is no exact answer as to what did cause the fire. What has been discovered, however, is that both O’Leary and the cow have been largely proven innocent.

We made a brief stop at the Union Stockyard for two reasons. Firstly, it was mentioned in the book. Secondly, the entrance gate to the stockyards was one of the first works designed by Daniel Burnham who later became Director of the World’s Exposition. For this reason, it is a heritage place in Chicago. The Stockyard operated from 1865 to 1971 and at one stage processed more meat than anywhere else on earth. If you think about Workplace Health and Safety in the 1800s you’ll probably get an idea of just how dangerous and exhausting working in the stockyards must have been and the dark history lurking behind every corner. Outside of incidents and accidents, one of the most disturbing things we learnt was that the waste of the stockyards was tipped into the south branch of the Chicago river eventually causing the water to bubble. 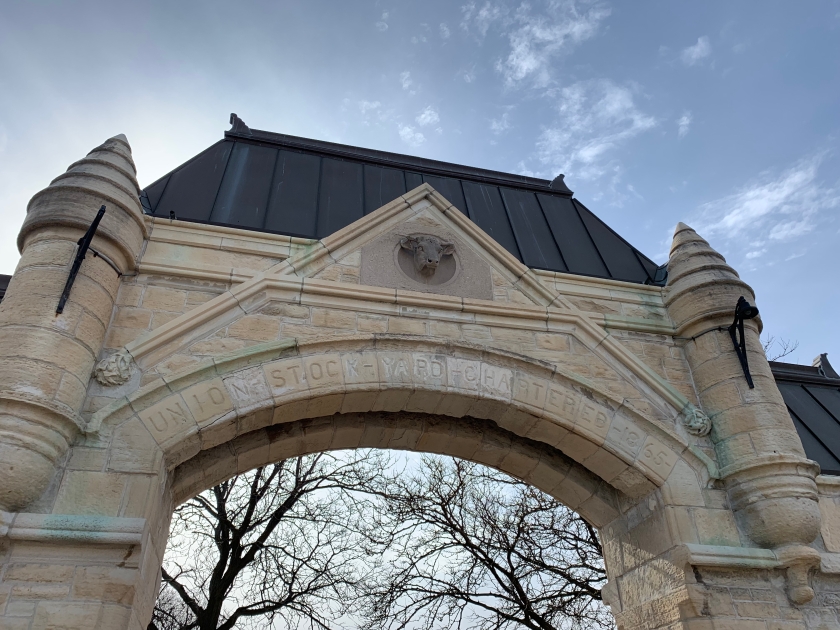 To learn more about this aspect of Chicago’s history, I endeavour to read The Jungle by Upton Sinclair.

Here is an original image of the hotel:

Here is an image of the United States post office that now stands on the site:

After a few fires that wrecked the inside, the hotel was eventually demolished in 1938. To give you an idea of what you’re looking at in the original photograph, this hotel was built by Holmes in around 1889. Beneath the hotel rooms operated a few legitimate businesses. Multiple individuals were hired to build the hotel then were fired to ensure no one ever knew the full plan. There were soundproof rooms, secret passages, hallways that led to nowhere and trapdoors with chutes that led directly to the basement. The actual hotel of nightmares. It wasn’t discovered until after Holmes left Chicago and was charged with yet another insurance scam, this time though he actually killed someone and didn’t use a medical cadaver. As I mentioned before, Holmes confessed to killing 27/28 individuals. The actual numbers may never be known.

5. Jackson Park & the Museum of Science and Industry

The final stop on our tour was Jackson Park, the grounds of the World’s Exposition. Frederick Law Olmsted, a landscape architect, designed this park for the event. If his name sounds familiar it’s probably because he also designed Central Park in New York. 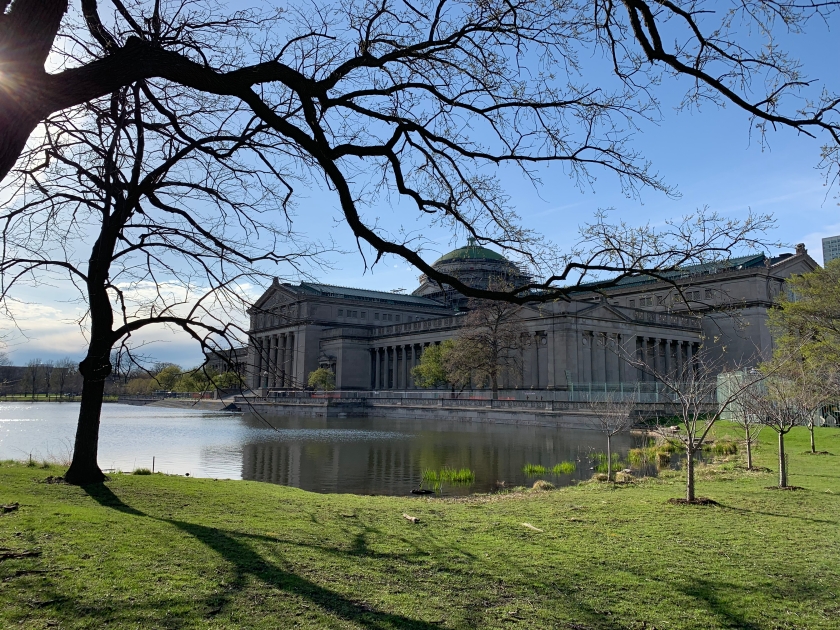 It was a really great way to end the tour, in peaceful surroundings actually standing on the ground where the Exposition was held. Unfortunately, very few remnants of the Exposition survive today. The building that now houses the Museum of Science and Industry is the only building to have survived. Originally, it was the Palace of Fine Arts, built out of concrete to assure artists that their work would not be stored and displayed in a building deemed a fire risk. The building is listed on the Chicago Landmarks list published by the City of Chicago.

I would highly recommend this tour as not only being a great historical/true crime tour, but also, a great way to get orientated in Chicago. You can find more information by following this link including ticket prices, booking details and other tours that the company offers: Weird Chicago.