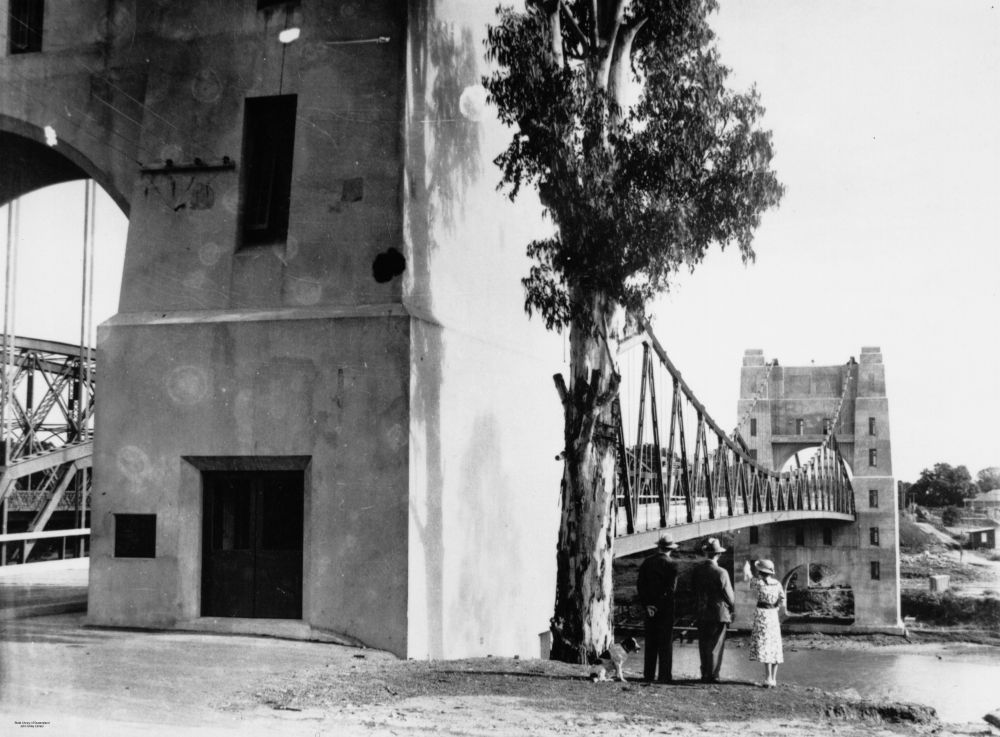 I have absolutely no idea why, but, I’ve always been fascinated by the Walter Taylor Bridge in Brisbane. I think it’s because when I was younger, I was told that people used to live inside the bridge. This was pretty much one of the coolest things I had ever heard. Since then, I have always wanted to see inside the bridge and learn more about the people who called it home. Luckily, Brisbane Greeters were offering tours during Brisbane Open House. They actually run these tours all year round based on requests. I have added some more information at the end of the post in case you are interested in booking.

History of the Bridge

The Walter Taylor Bridge, originally known as Indooroopilly Toll Bridge, opened on 14 February 1936. It was later renamed in honour of the contractor, engineer, and builder, Walter Taylor. Taylor designed the bridge and pushed for its construction during the Great Depression. The Taylor family first arrived in Queensland in 1884. After both the death of his father at an engine shed in Roma Street Station, and the birth of his first child Thelma with Louisa Braun in 1900, Walter returned to the United Kingdom. Unable to run a successful business, Taylor returned to Queensland in 1912. He was equipped with new knowledge surrounding concrete construction. One thing is certain, Taylor loved his concrete.

In the late 1920s, the Queensland Government decided that there needed to be more river crossings connecting the north and south of Brisbane. Taylor submitted three designs between 1924 and 1931. Inspiration for the final design came from the Sydney Harbour Bridge that had to be supported by steel cables until the separate arms of the bridge joined together. Those cables used during the building of Sydney Harbour Bridge now support the Walter Taylor Bridge.

As it was the Great Depression, the Queensland Government agreed on the condition that it would be a privately funded toll bridge. It operated as such until Brisbane City Council took ownership in 1963.

In 2013, the bridge was re-opened for visitors wanting to see what life was like living in a bridge. Since then, thousands of people have toured what was once the Green family residence. On the tour, visitors have the opportunity to see some pretty remarkable photographs. For example, there is one of a child’s birthday party celebrated on the balcony of the bridge, in a time before safety railings.

To start, we heard a little bit on the history of Brisbane and the first bridge that was built that stands next to the Walter Taylor Bridge. We also learnt a little about Walter Taylor himself and his flat out passion for concrete.

As we were the last tour of the day, our guide said we could spend more time exploring inside the bridge. This did mean, however, that the introduction was dragged out and could have been a lot shorter.

It was a surreal experience going from the incredibly busy road to inside the pylon where you couldn’t hear a thing. This was thanks to 1.5 m thick concrete walls. It also meant that inside was incredibly hot. The multiple windows would have definitely come in handy during the hot summer months.

I was so shocked to learn that the first generation of Green family members had six kids living in one pylon. It was pretty spacious inside, but, there was only one small bedroom for the three girls and one for the three boys. A constant theme I encountered over the entire Brisbane Open House weekend was this idea of space and how much space people now think they need to live comfortably.

On the first floor was one bathroom (to be shared by eight people). One was installed later on the top floor when family members became ill. Apart from the two kid’s bedrooms, there was another bedroom, kitchen, and lounge area. We heard a few stories about how the space was utilised to its full extent. My favourite was how the corridor of the bridge connecting all the bedrooms was transformed, at times, into a basketball court.

My favourite part of the tour was standing on the balcony and watching the traffic below. Today, just over 35 000 cars use the bridge daily.

How Can You Book a Tour

If you would like to experience life inside a bridge you can book by clicking here. It offers an amazing opportunity to delve into Brisbane’s past and see something unusual in this city.

Information from this blog post has been courtesy of the State Library of Queensland.