Perched high above Los Angeles is the Griffith Observatory. It is often publicised to visitors as the perfect place to see the Hollywood sign and learn a little something about the universe. If that doesn’t persuade you to visit, you might also recognise the Observatory from the James Dean film Rebel Without a Cause. This film is one of the 300 that feature the observatory’s facade. We visited purely because I wanted to see the skyline of Los Angeles and watch one of the many films on offer in the planetarium. I love seeing anything to do with space even though it completely freaks me out how small we are in the bigger picture.

The Observatory is housed in a stunning Art Deco building. It first opened to the public in 1935 meaning it has been operating for just over 80 years. It is a really incredible building and offers some of the most amazing views of Los Angeles. You can also watch people try and get their photograph holding the Hollywood sign. 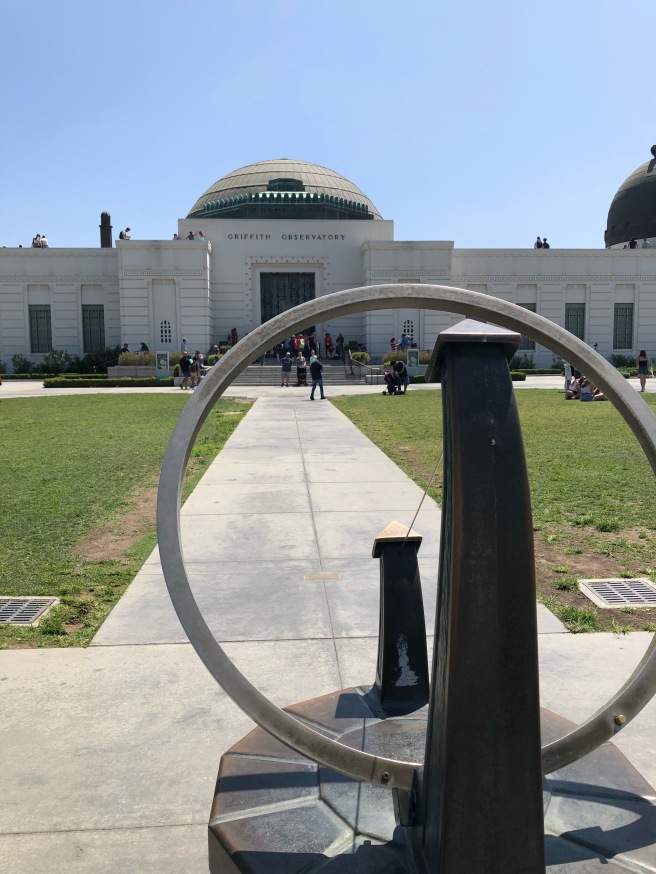 According to their website, the Observatory welcomes over one million visitors per year. Judging by what we saw, quite a few visitors actually walk inside the building and go through the displays. There was also a large crowd for the planetarium show Centred in the Universe.

We arrived at the Observatory around 2 pm. As the next planetarium show was scheduled for 2.45 pm, we had some time to kill. On the entrance level of the Observatory are a couple of little displays. The first is a large Foucault pendulum in the middle of the main building. It is one of the largest pendulum devices in the world and demonstrates the rotation of the Earth. If you look at it long enough, you might find yourself getting sleepy. Although it may look like the ball is changing direction, it’s actually staying on the same path while the Earth moves. 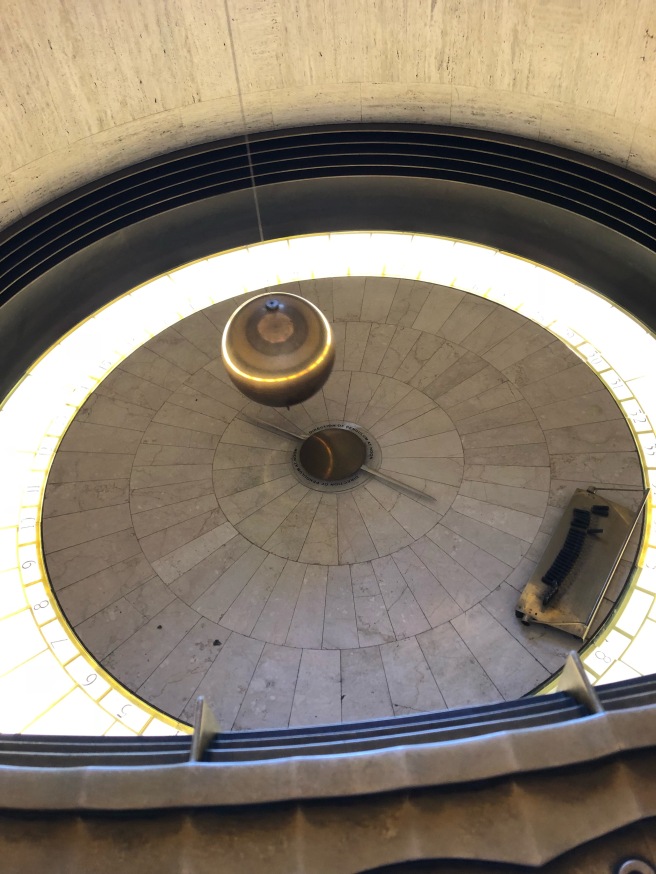 In one of the side rooms is a small display showcasing Galileo’s telescope and the first telescope used in Los Angeles. There were plenty of other objects and display boards dotted around the room. There had been an attempt to integrate technology. Unfortunately, quite a few of the displays with technology were not working. This was quite disappointing.

The ones that were working, however, were quite interesting. In particular, there was a display that showed you how much heat your body was radiating. Considering it is summer, everyone who stepped in front of the camera was positively glowing.

It was then time to see the planetarium show. It took all my strength not to fall asleep in the comfy reclined chairs. Oh so many visitors did. The presentation was quite interesting going through some history of astronomy and trying to explain, in very simple terms, what is dark matter and dark energy. Although at times very dramatic, I did enjoy the section of film that asked ‘why should we care about things like dark energy and dark matter?’ Being curious has led us to many advancements and hopefully this desire to look outside ourselves and to the world around us will lead to many more.

To finish our visit, we climbed to the top of the Observatory to see the 12-inch Zeiss Refracting Telescope. The story goes that Griffith J. Griffith was inspired to open a public observatory equipped with a large telescope after visiting the Mount Wilson Observatory. The Griffith Trust purchased this telescope in 1931 from the Carl Zeiss Company in Germany. Today, the telescope is believed to be one of the most ‘looked through’ in the world, attracting just over 600 people per night to the star shows.

Although most of the displays were outdated, it appeared that the Observatory was aware. Every donation box had a sign stating that they were going to use the funds to update. The planetarium show was entertaining and quite informative.

To finish, a little shout out to the gift shop. I purchased the most adorable mini projector that can show the stars on your ceiling at night. Really excited to add this to my room when I return home! 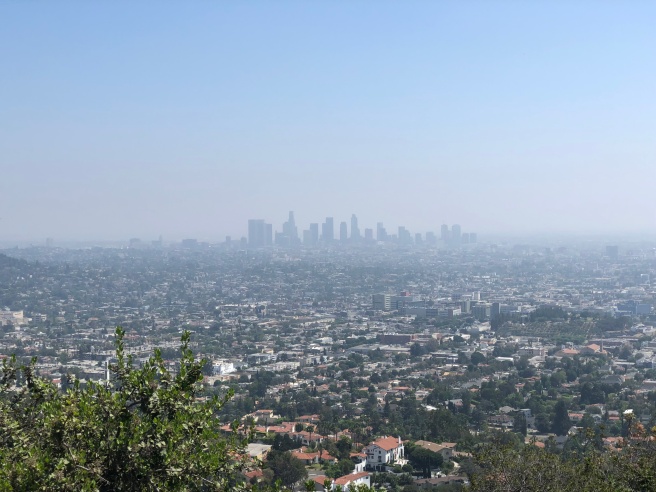