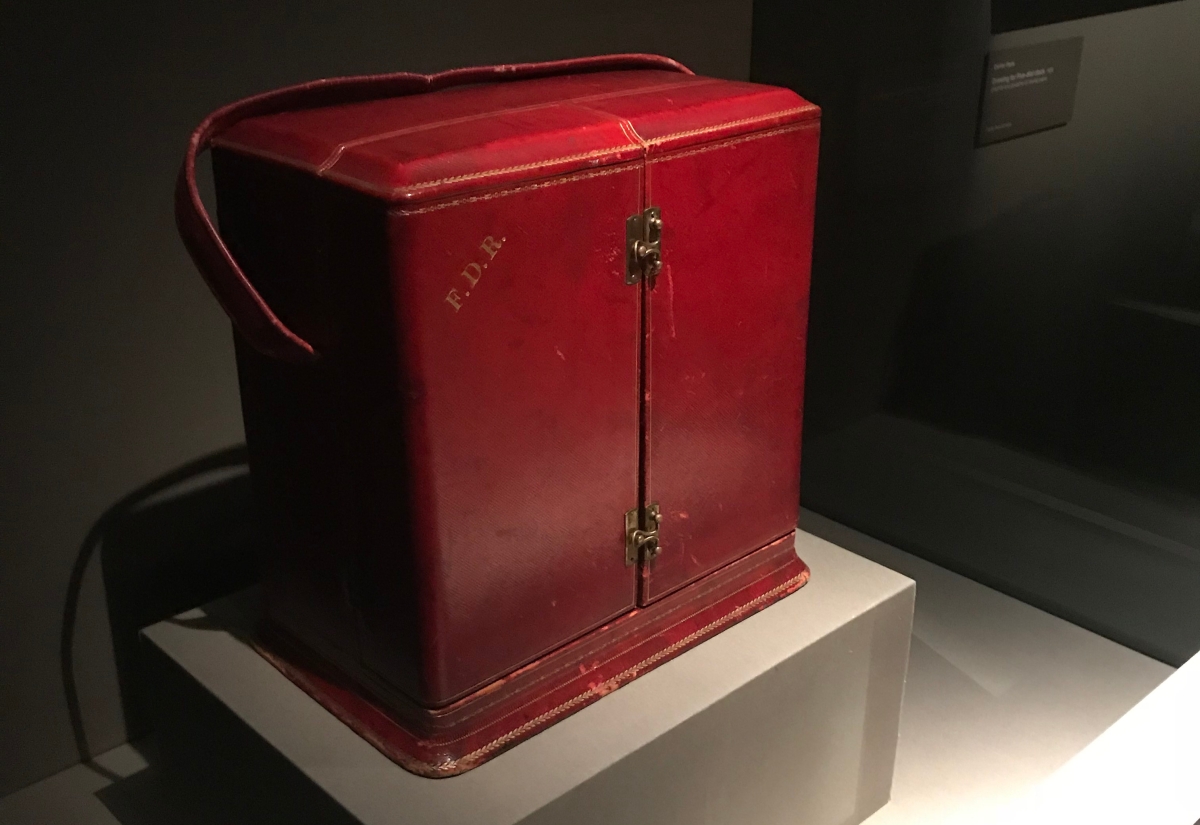 I am so excited to be sharing with you another guest post from the wonderful Imogen Kennard-King. Enjoy reading all about the wonders of the Cartier exhibition currently on show in Canberra!

It’s been a long time between blogs but I’m very happy to be back with another one for Curate Your Own Adventure. This time, I’ll be talking about my recent visit to Canberra to see Cartier: The Exhibition at the National Gallery of Australia (NGA). My last visit to the NGA was to see the Versailles exhibition hosted there last year (click here to see my blog on that!). I was interested to note that both of my most recent visits to the NGA were to see exhibitions displaying objects and themes you might not expect from such an institution, e.g. not ‘traditional’ visual arts. On both occasions I visited Canberra from Sydney for the specific purpose of seeing the Gallery’s ‘blockbuster’ exhibition.

A note on the context of my visit before I share some of my thoughts on the content and display. I visited on one of the final Saturdays of the exhibition, and the first Saturday that the exhibition was open during the winter school holidays. As a result, the exhibition was extremely busy. We arrived at the Gallery at 2pm and were able to enter the exhibition at 2.50pm – meaning that we spent almost an hour in line queuing with a few hundred other visitors before we were able to enter. I had anticipated that the exhibition would be very busy, particularly given the timing of my visit, however I can’t remember another occasion when I’ve had to queue or wait quite that long to see a display in Australia. I have a deep aversion to queuing in all aspects of life, so the fact that I wasn’t too bothered by having to line up for an hour should be an indication of how much I enjoyed the exhibition. I think we timed our visit quite well, as those towards the front of the line when we arrived had been told it would be an hour’s wait but ended up waiting over an hour and a half. The queue moved steadily the whole time we were there, and everyone seemed calm and happy to wait. An interesting art piece could be developed from the looks on peoples faces as they walked in and saw the length of the queue – this was our entertainment as we waited. Had we all been allowed to enter as we arrived, it would have been both a safety issue and a poor experience as we wouldn’t have been able to see anything. I’m not sure why timed ticketing was not used. 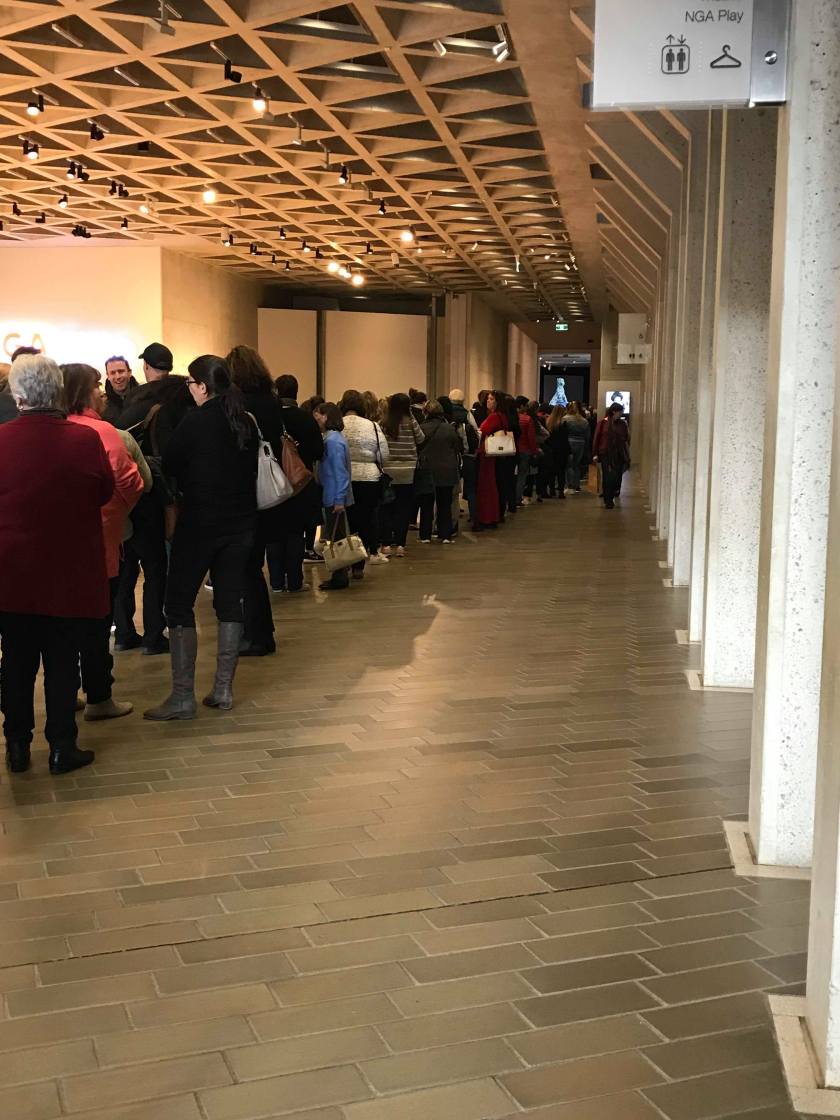 Now, for the display itself. The exhibition was truly spectacular. I had high hopes for this exhibition and they were met if not exceeded. As you might expect, the objects on display were probably 90% pieces of jewellery and tiaras decorated with truly giant diamonds and other precious stones. Most of these pieces were displayed on black backgrounds under spotlights in dimly lit rooms. This method of display was perfect, as it allowed the pieces to speak for themselves and shine, quite literally. Some objects had a brief provenance note accompanying them, often telling the member of royalty or heiress who owned and wore the piece (there were some men’s pieces, including vintage watches), while others simply stated the stones in the pieces and how many carats they were – often hundreds. It hadn’t occurred to me that single pieces of jewellery existed with quite that many carats. Nor had it occurred to me that there were so many tiaras and diadems in the world – let alone that many by a single jewellery house.

I won’t bother to explain in detail any of the pieces to you as there is no way I could do them any kind of justice. It was also impossible to photograph the jewellery in any meaningful way as they were simply too bright and too detailed to be captured – although many tried! I will include the few images I managed to take. One of the major draw cards was the tiara the Duchess of Cambridge wore on her wedding day in 2011 – the Cartier Halo tiara, commissioned by King George VI and given to Queen Elizabeth the Queen Mother in 1936 before it was passed down to Queen Elizabeth II on her 18th birthday. This was probably the smallest and least impressive of the many tiaras on display. There were also pieces from the personal collections of Elizabeth Taylor, Grace Kelly, Wallis Simpson and Maria Félix. My favourite pieces were those in the shape of animals – snakes, panthers, tigers and alligators all made repeat appearances. The room displaying the pieces owned by these and other actors also had a projector screen showing scenes from famous movies in which some of the pieces on display were worn. This was a great device and gave context to the pieces and provided explanations on how some of the pieces were actually worn – it wasn’t always clear!

One element of the exhibition I wasn’t expecting but really enjoyed was all of the ephemera and archival material that was displayed alongside the jewels. This included vintage illustrations, hand drawn designs, invitations to Cartier stores, plaster casts used to form the jewellery pieces, research material, and material relating to some of the extensive travel undertaken by staff for consultations and sales in the past. There was also a whole room dedicated to the process of producing these beautiful pieces, which outlined the creative collaboration between designers, jewellers, stone cutters, and setters and polishers. It was great that the incredible skill and dedication of these craftspeople was demonstrated amongst the glitz and glamour of the final product.

There were two final non-jewellery pieces that I really enjoyed seeing. One was a gold model of the Apollo 11 lunar landing module, made by Cartier in 1969. The model is one of only three ever made. Cartier was commissioned to make the replicas by the French newspaper Le Figaro, who requested donations from readers to fund the project. One model was made for each of the astronauts and they were presented with a microfilm containing the names of the contributors. Sadly, Neil Armstrong’s model was stolen last year and remains missing. The model on display in Canberra is that of Michael Collins, which was bought back by Cartier in 2003 for $55,000 (Aldrin’s was valued at about $150,000 last year). The other object was a clock presented to US President Franklin D. Roosevelt. The clock was presented to FDR by Pierre Cartier in 1943 as a gift accompanied by a strong hope for the end of the war. The clock has five faces and was set to display the time in Washington DC, London, Paris, Berlin, Rome, San Francisco and Tokyo simultaneously. A note accompanying the gift said the clock would “mark the hour of victory”. It was housed in a classic red leather Cartier box (red is to Cartier what blue is to Tiffany) embossed with the initials “F.D.R.” in gold foil.

I can’t do anything other than recommend a visit to this exhibition. There is no point trying to enjoy it from the photos online or from other people raving about it. This is a rare opportunity to see an exquisite range of largely unique pieces, brought together from royal and private collections around the world. So, deal with the cold and queues and go and see the shiny sparkly diamonds.

Cartier: The Exhibition is on at the National Gallery of Australia in Canberra until July 22.