Before I begin this blog post I must be entirely honest. When we visited Samford Village today, located 30 mins outside Brisbane, we were visiting for one reason – the Harry Potter Store of Requirements. It was literally a magical place. After purchasing everything Hufflepuff we could find, we decided to walk around the Village. There was this one building that had a sign out the front with an old photograph, some information, and a number. Intrigued, I walked across to the information centre in John Scott park to find out more. Here I was given a Samford Village Heritage Trail brochure. It is a very detailed brochure containing thirteen places of interest and a museum. 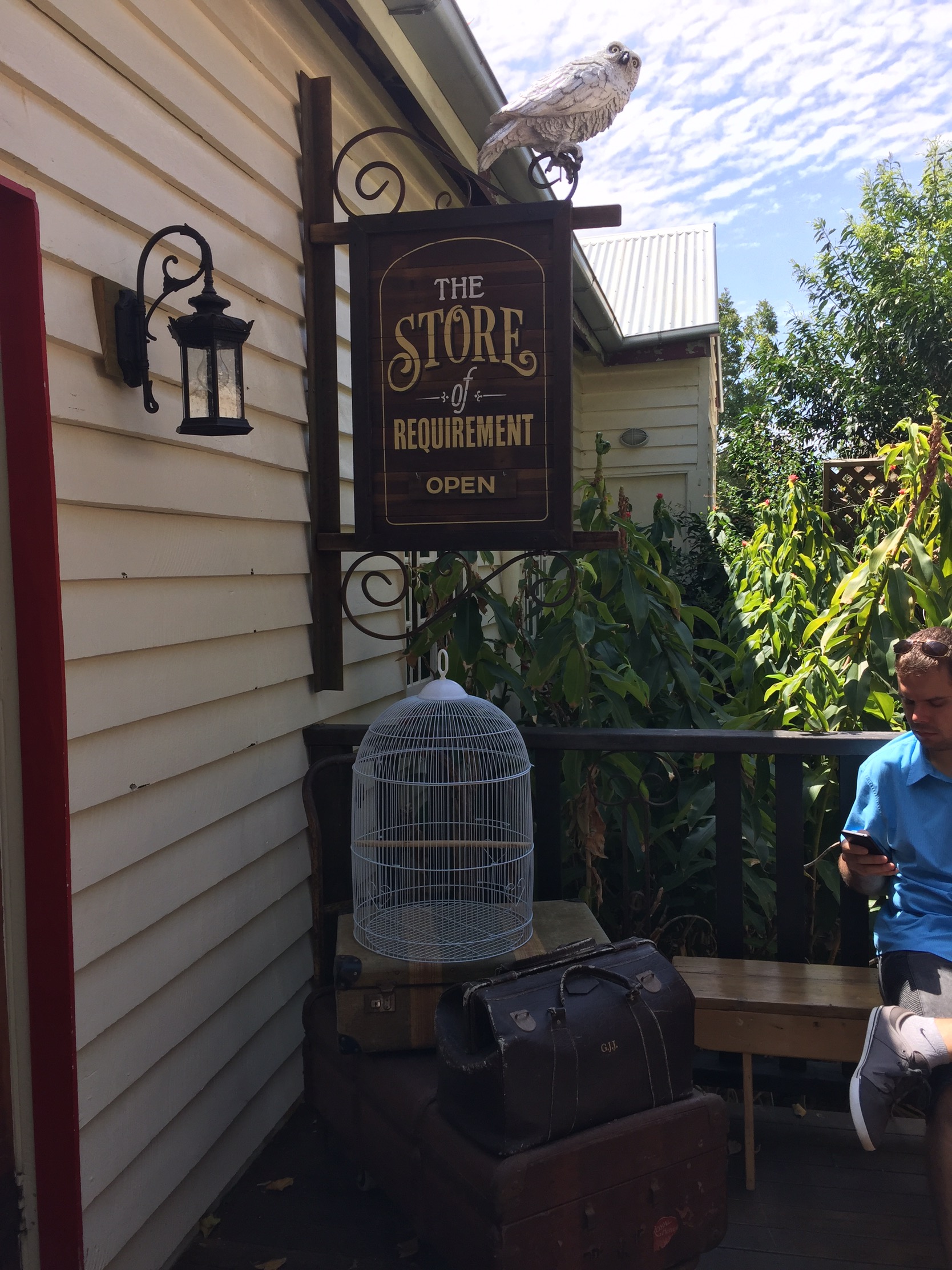 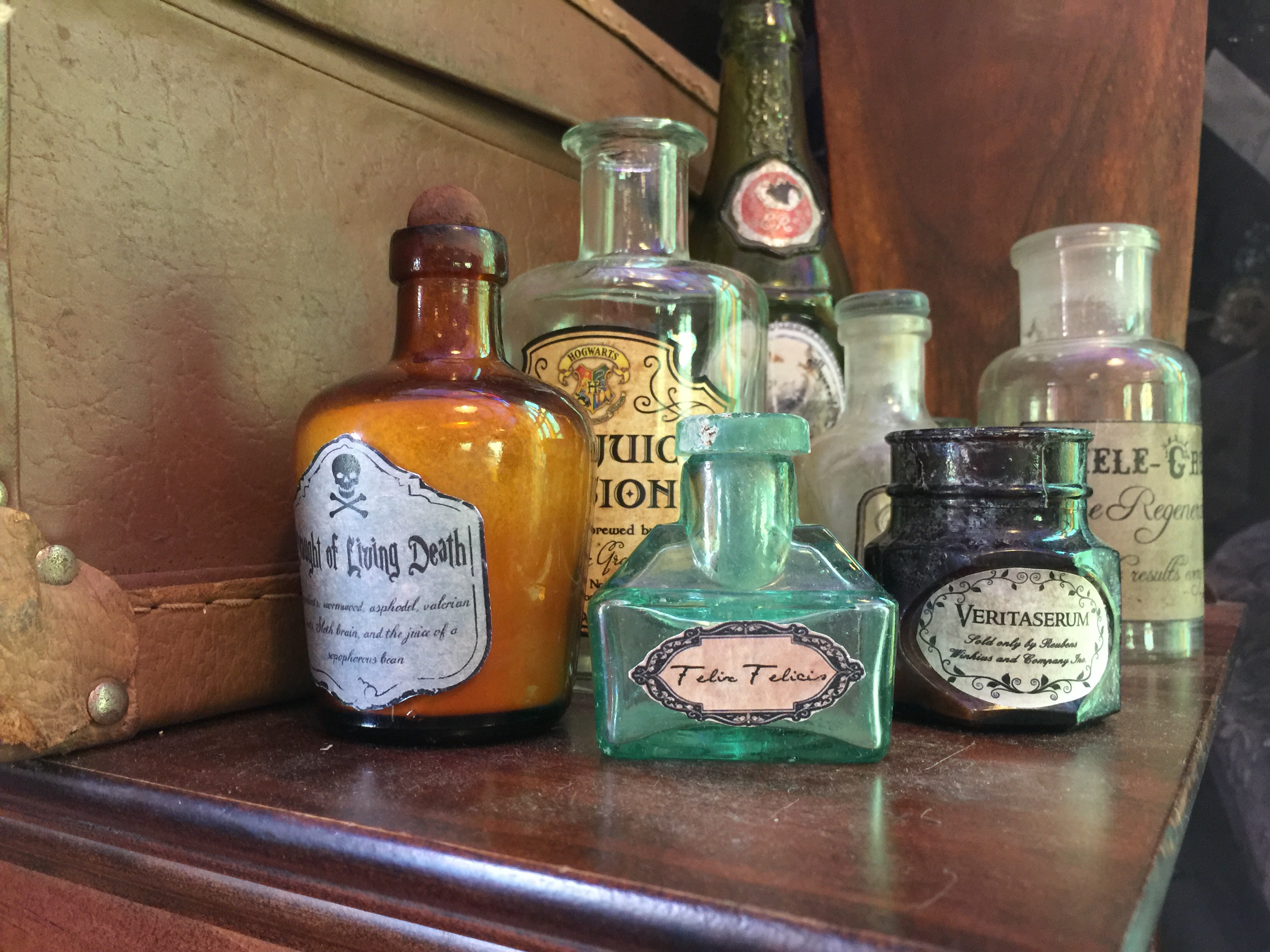 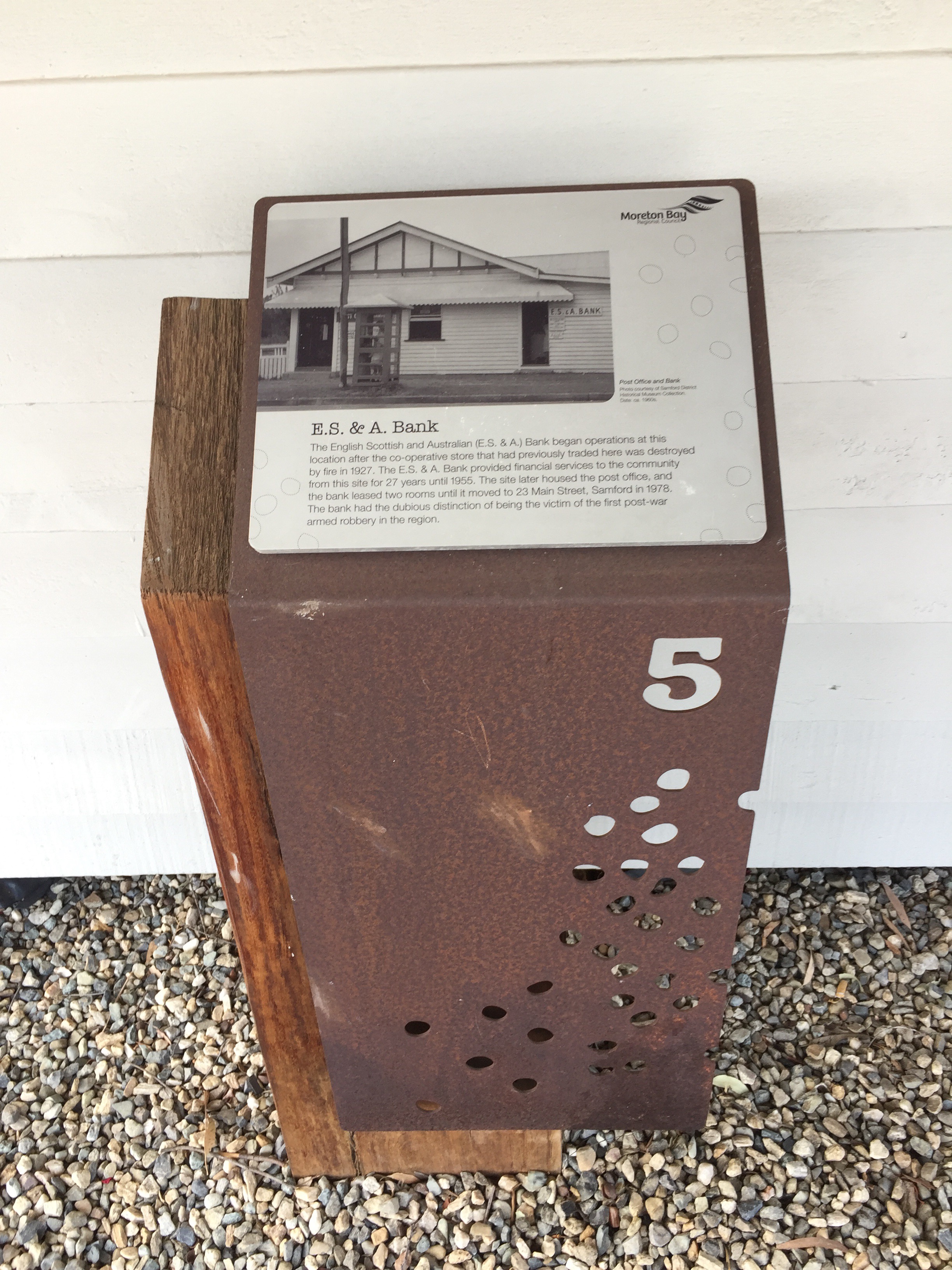 We tried our best to visit all thirteen locations. They can all be reached on foot and are located on either Main Street or Station Road. I am just going to cover the sites that we did visit. At the end of the post, I will list the other locations.

The brochure contains some wonderful heritage photographs credited to both individuals and the Samford Historical Museum Collection. It is clear that there was a lot of community involvement that went into producing this tour. John Scott park was absolutely thriving when we visited. There were families celebrating birthdays and dogs running around. It was a really beautiful park and so great to see it is still heavily used by the community. In the middle of the park was a large stage which was part of the old Rotary Station.

Originally, the park was part of the railway station and yards. In 1955, after the railway station had closed, a petition was sent to the Pine Rivers Council to transform the land into a public park. After meeting with the State Government, the decision was made to create a recreational and sports reserve. From what we could see, this use has continued today. 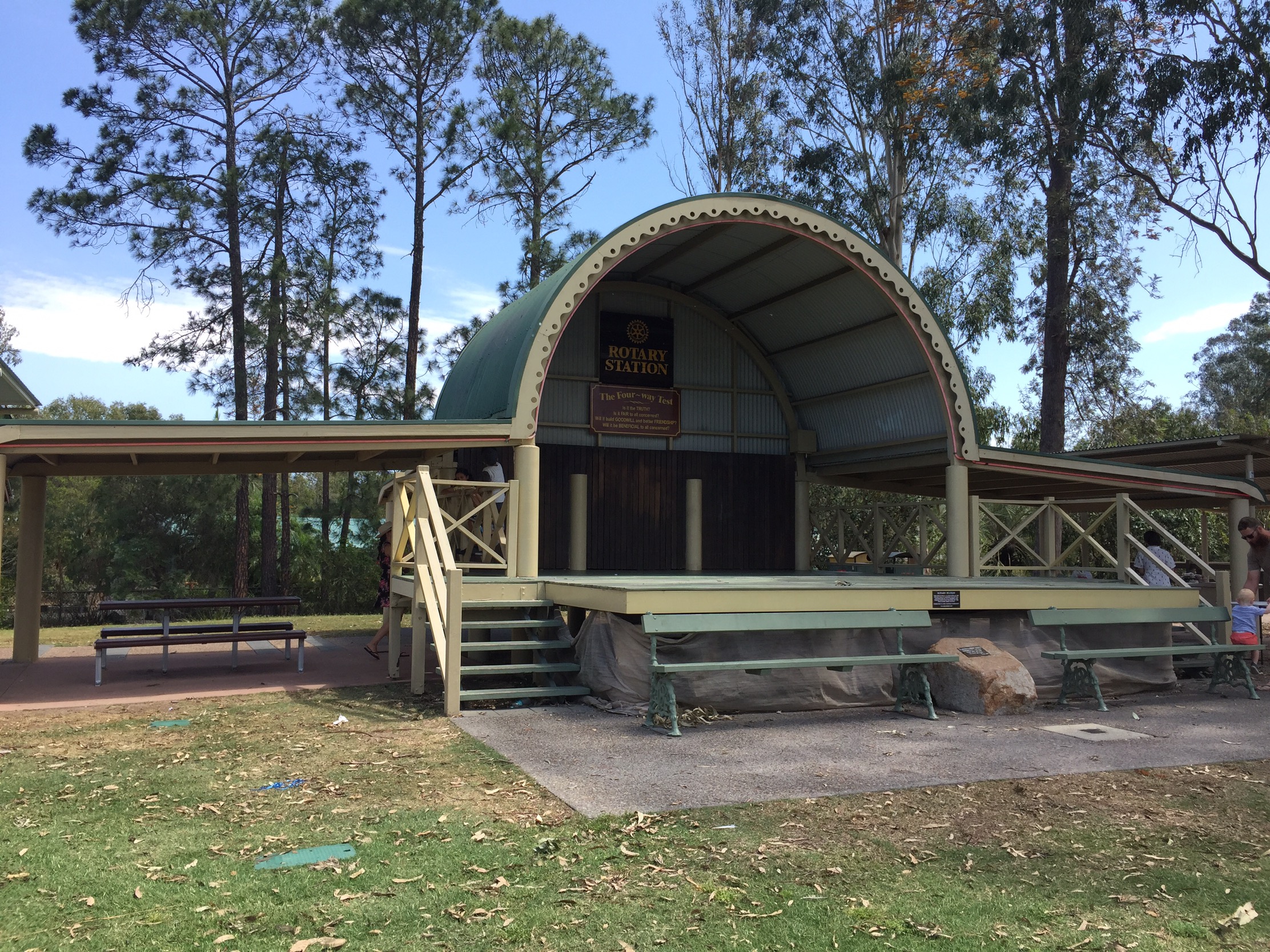 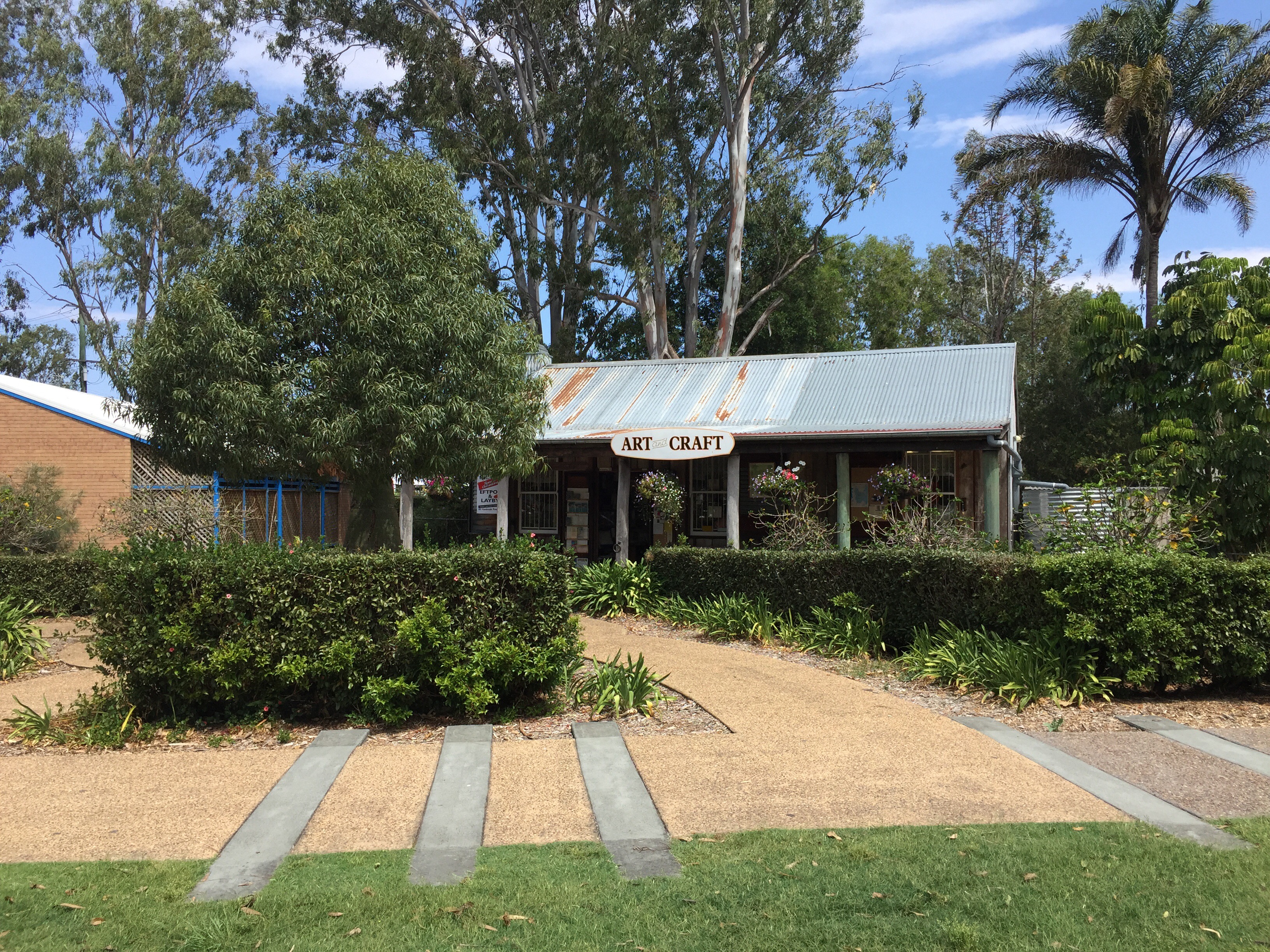 A place which I imagine has amazing Chicken Schnitzel. The Hotel was the first licensed premises in the area built on the land that once had the village’s first bakery. It has survived numerous name changes and numerous changes in ownership. There is a beautiful kerosene lamp at the front that was once turned on by a switch at the bar to welcome patrons in. 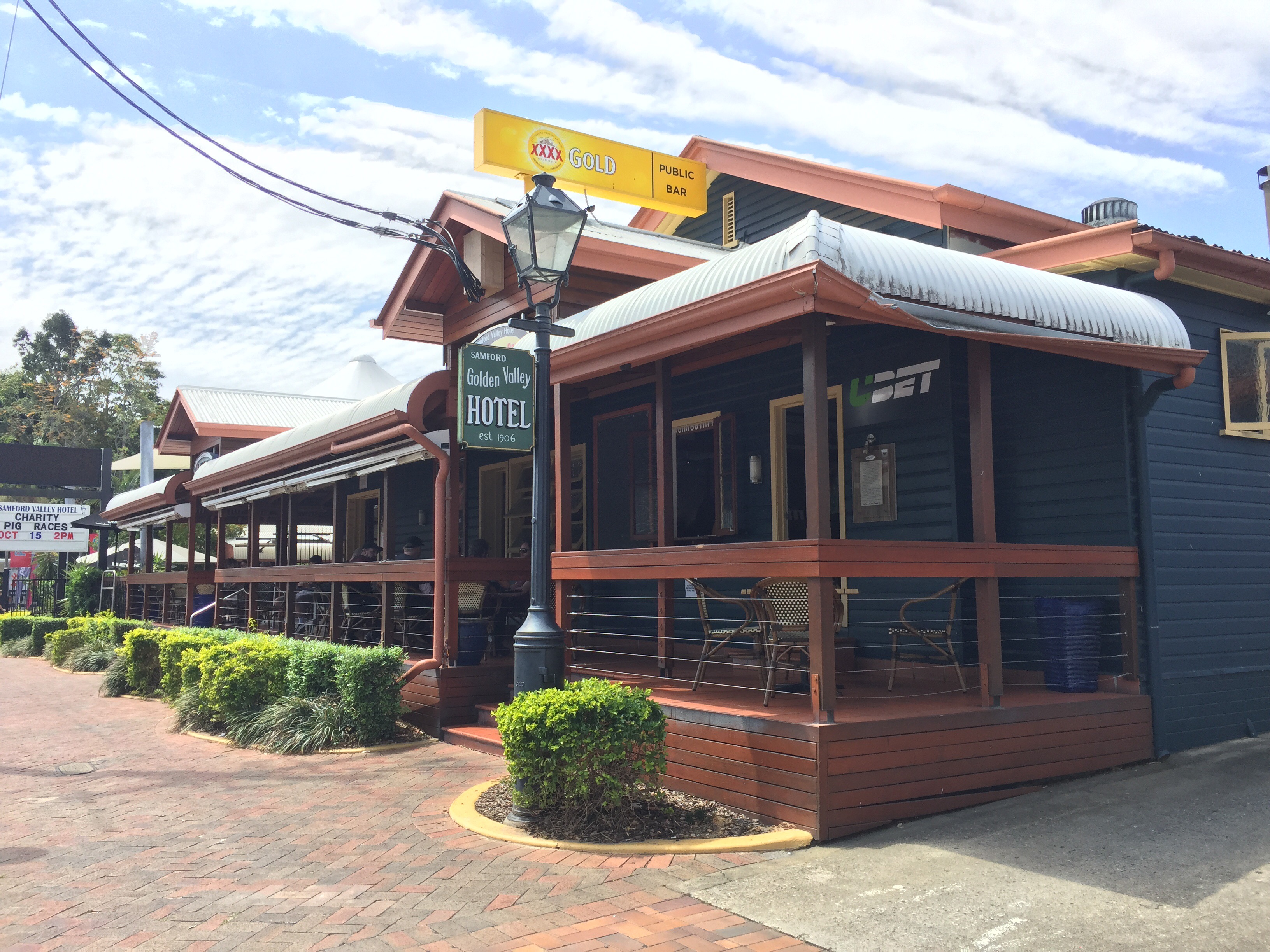 This is the first building we saw with the sign out the front. It is a very cute little building that has an interesting story attached. On October 11, 1948, members of staff were held up at gunpoint by robbers. They were placed and sealed in an airtight vault. A nearby resident, Estelle Nelson, thought something strange was going on at the bank so alerted police. After witness statements were collected, they managed to find and arrest those involved.

The bank eventually merged with ANZ in 1970 and moved to a different building.

When driving into the Village, this building was hard to miss. It is huge and painted a very sweet lilac colour. It is a fun building too, that was used for dance parties and community events. Opening in 1918, it replaced the old and much smaller community centre. Since the railway line was bringing in people all the time, the decision was made to have a venue that would hold cultural events as well as parties and dinners. It would have been pretty magnificent during this time.

Today, it is still used as a community centre with businesses able to rent out parts of the building. 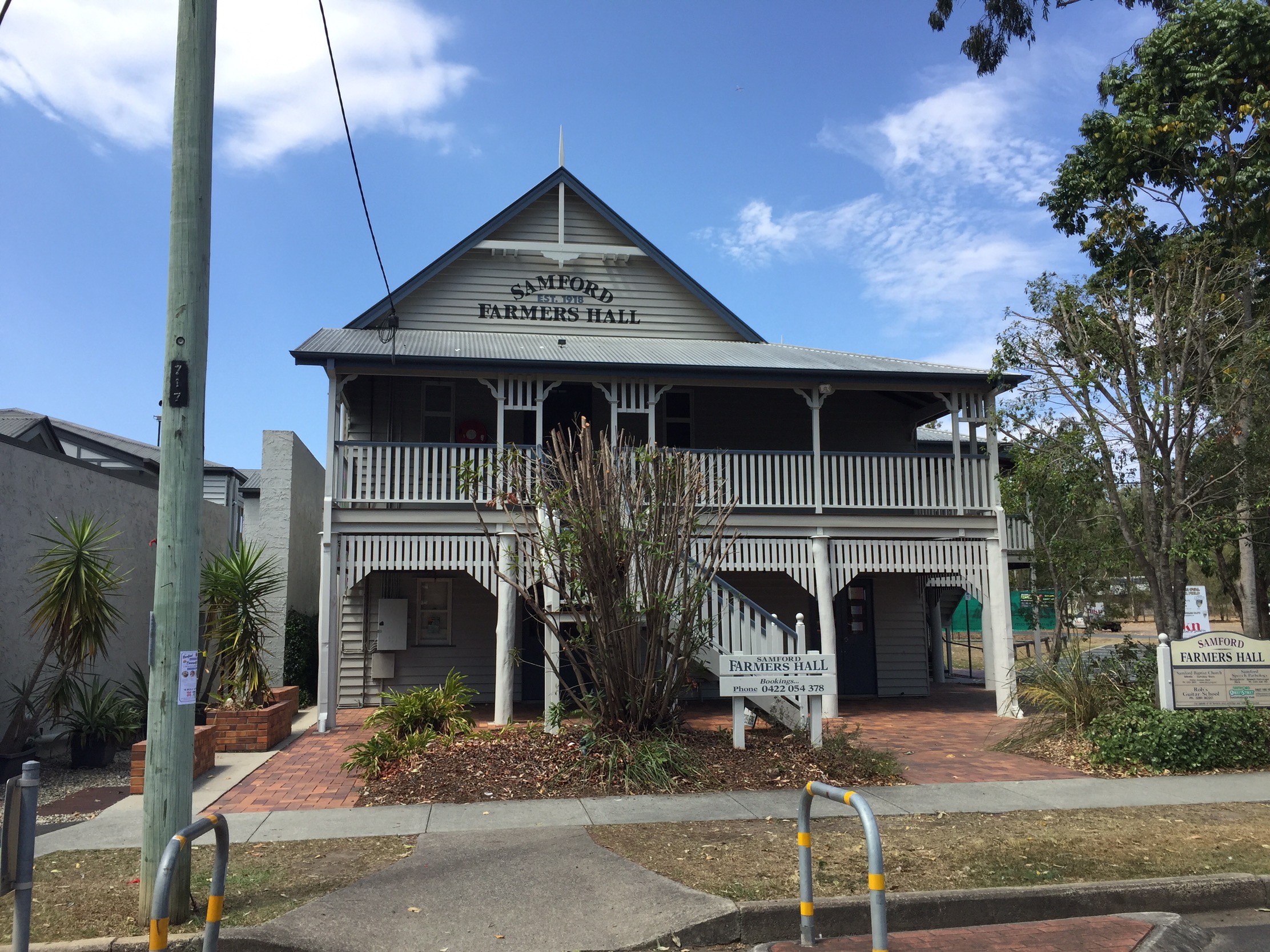 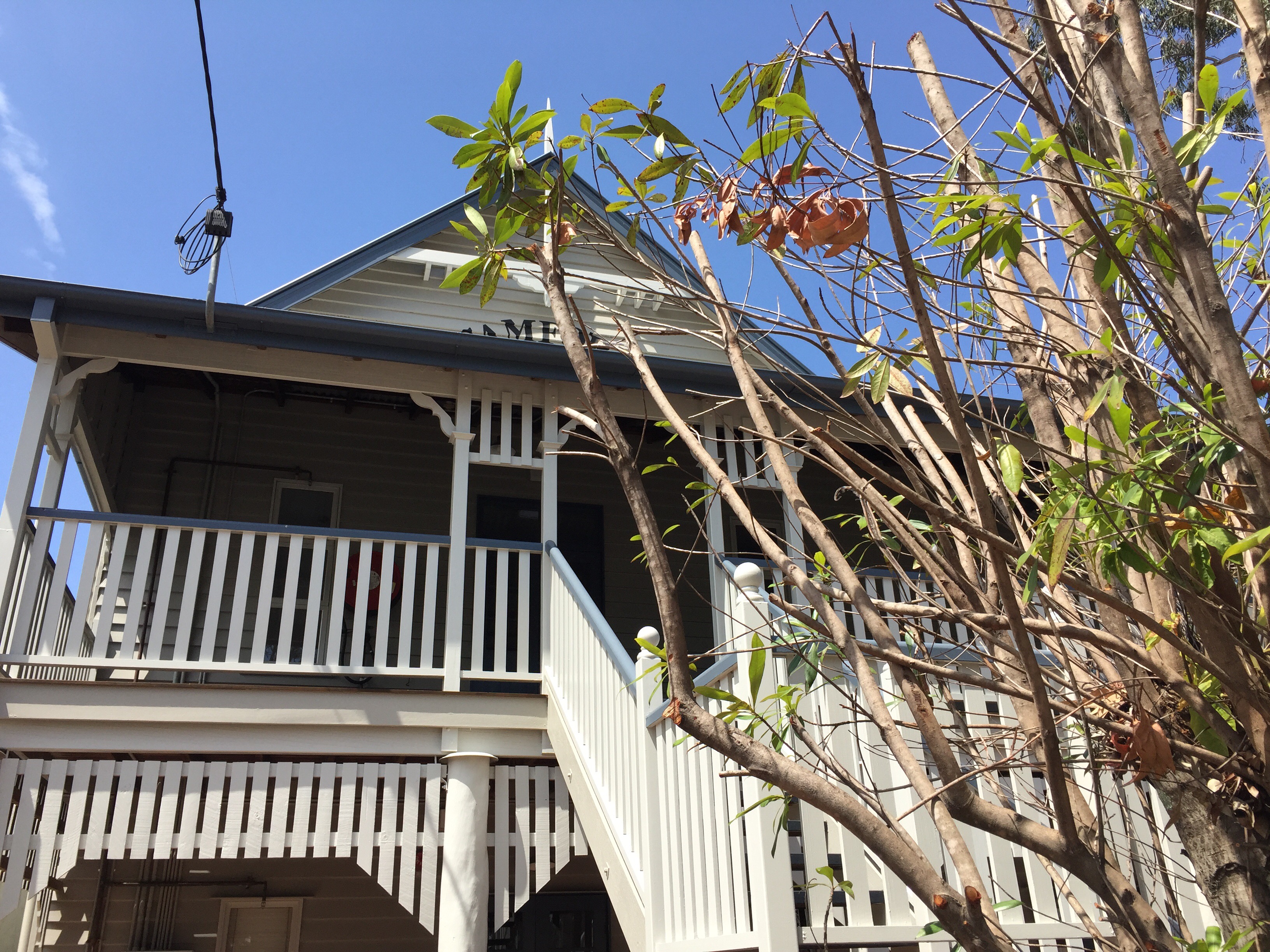 Today Cash Avenue is just a normal looking street. It was, however, where the train line ran through the Village. The train not only provided Samford Village with trade opportunities, but allowed city residents to visit the country village and “fill their lungs with Samford Valley country air.”

Where ANZAC services were and continued to be held every year on 25 April. Right at the back of the park is the century-old schoolmaster’s house from Samford State School that was moved and renovated in 2006. 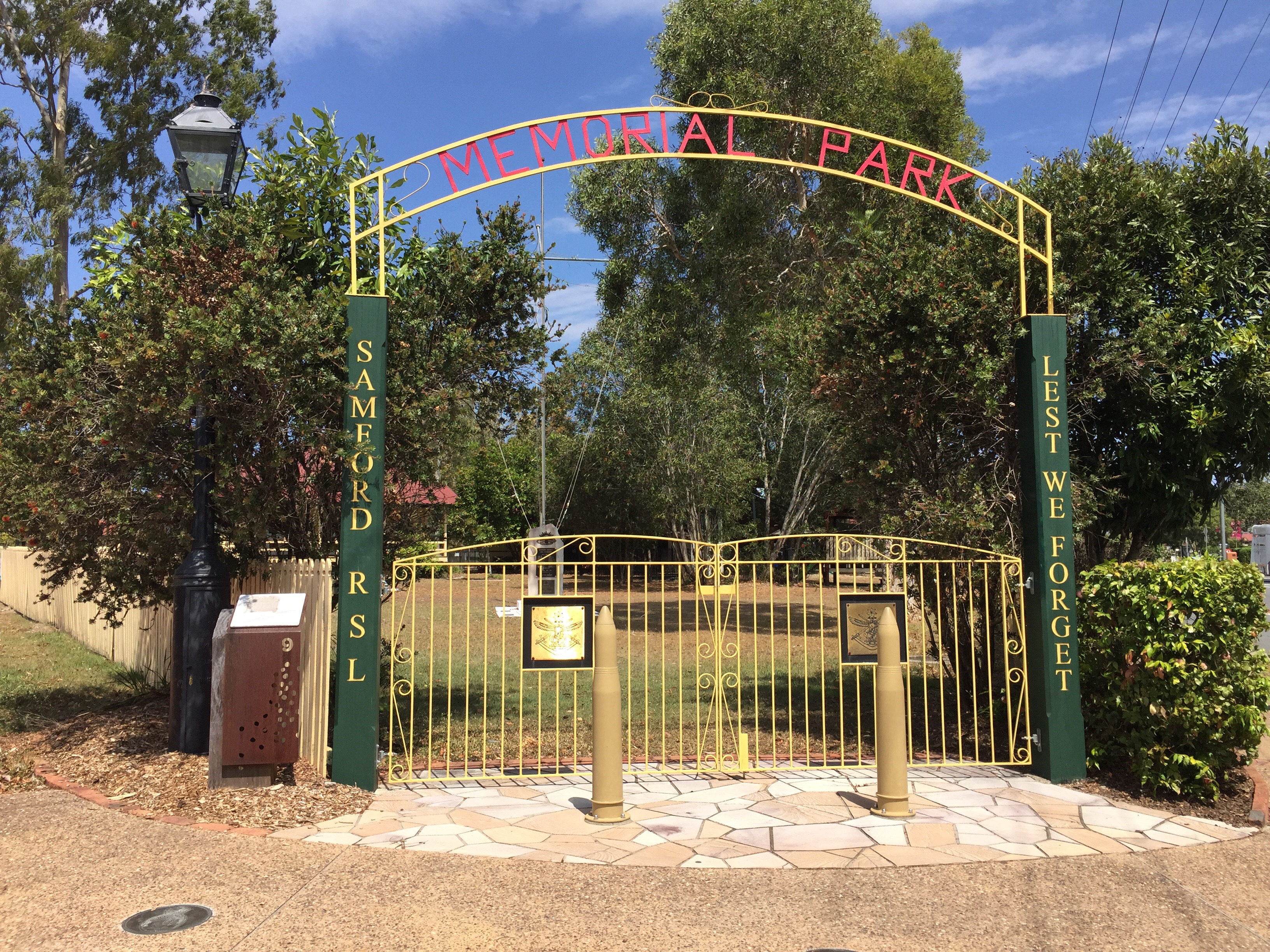 We finished the tour there as it was getting blisteringly hot and the air conditioning in our car was so tempting. Considering the old buildings in Samford Village really do stand out amongst the rest, it was a nice way to see the town from this historical perspective. Might as well add some history to your morning or afternoon stroll!