This week was Museum Week on Twitter. Basically an opportunity for museums around the world to showcase their collections and stories while promoting a ‘theme of the day’. This year, there was also an overarching theme – women in museums. A fantastic opportunity for museums to consider the stories of those that are often marginalised. From following this hash tag everyday, I learned so many incredible stories of women and their achievements. A very empowering week.

I am going to share with you my contributions. If you follow me on Instagram (@curateyourownadventure) you would have already seen these photographs. I’ll be providing a little more context, however, in this blog post.

To start the week we had my favourite topic, food. I was lucky enough to be working with the collection of Hurstville Museum and snapped a picture of these cakes. Hurstville Museum was once located in an old bakery and this is where their cake collection began. Most are from around early 2000 to present day. Many have been entered into the Sydney Royal Easter Show and won prizes – hence why they are being preserved. They are so beautiful and so bizarre. I really enjoy any opportunity to go to the storeroom and work with these objects. 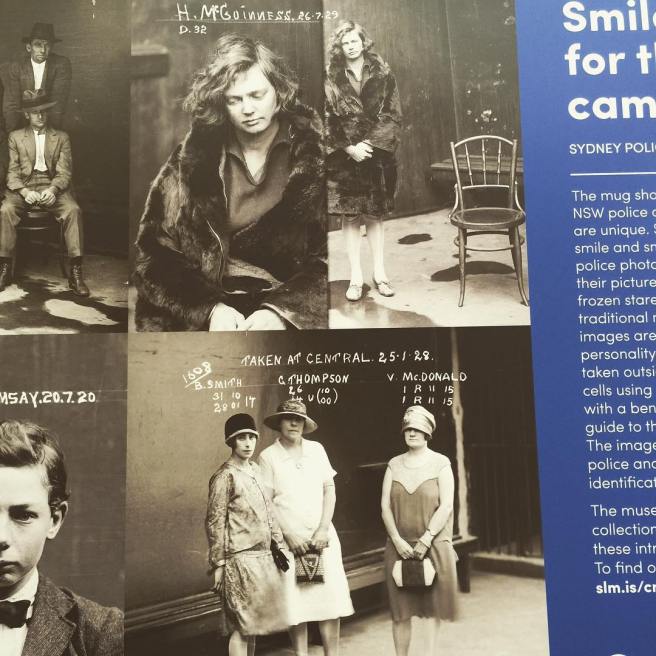 This is the only entry I had that is not connected to the daily theme, but, to the overall theme. The Justice & Police Museum, owned by Sydney Living Museums, has done a fantastic job at representing the stories of female criminals and victims. This thematic panel shows some of the women who were arrested and accused during the early 20th century. As a Curriculum Program Deliverer, incorporating women into the history of crime in New South Wales is especially important. On each tour, we discuss the case of the Pyjama Girl, a woman who was beaten to death in 1934 and never saw true justice. A case of extreme domestic violence by today’s standards.

Today I was working at the Powerhouse Museum in the Sherlock exhibition. I couldn’t help but take a picture of Sherlock’s violin.

I struggled with this theme the most. Purely because I am surrounded by so many stories everyday I just couldn’t pick one! I decided to leave it to the last minute. Whatever was in front of me at the end of the day, was the winning entry. In this case, I was working on acquiring a new anaesthetic mask at the Harry Daly Museum that was fashioned using pieces of metal during World War I. Innovation and creativity at a time of horror and despair.

These notebooks are currently in the archive at the Harry Daly Museum. Not only are they aesthetically pleasing, but, they tell an important story of how anaesthesia was studied and how information was recorded. 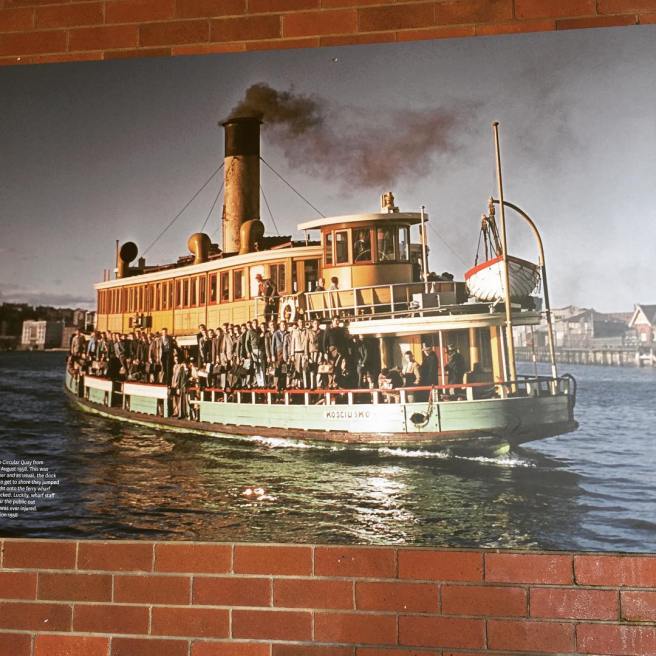 The final two days were really dedicated to Cockatoo Island. This is one of my favourite images on the island showing how workers arrived on the island during it’s shipyard days. Over 4000 indivdiuals worked on Cockatoo Island building and repairing large ships. It’s amazing to think we still have this material heritage!

Finally, we have the convict barracks that once held over 200 male convicts. Between 1839 and 1869, literally hundreds of convicts passed through Cockatoo Island to serve their sentence of hard labour. If the walls could talk, what horrible stories they could tell. Intepreting this heritage and providing a voice for the hundreds of individuals who were tortured and tormented is a job that I take very seriously.

So there we have it! Seven days and seven photographs. It was great to be involved and I cannot wait for Museum Week next year!