Now that I’m no longer studying, I don’t feel guilty leaving the house. I have seen more of Sydney in the past two weeks than I have during my 18 months of study. To kickstart my weekend I visited Old Government House in Parramatta. Before even entering the house I was surprised to see it has been World Heritage Listed. Currently, there is an exhibition At Home: Modern Australian Design. My visit consisted of a tour around the grounds and house followed by a walk through the exhibition with my friends who are exhibition volunteers, Rachelle and Vanessa. 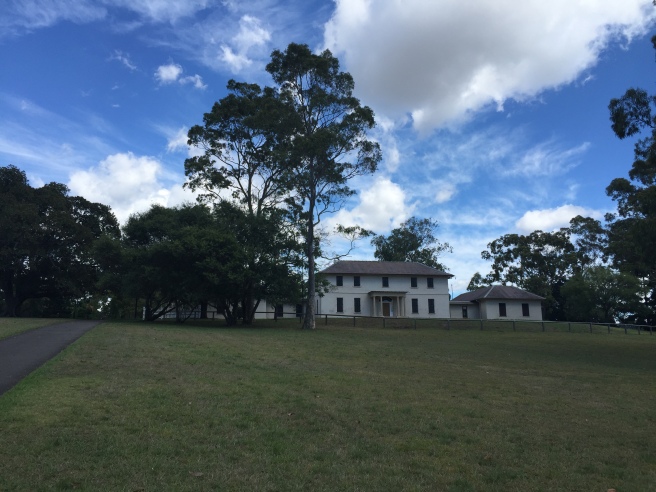 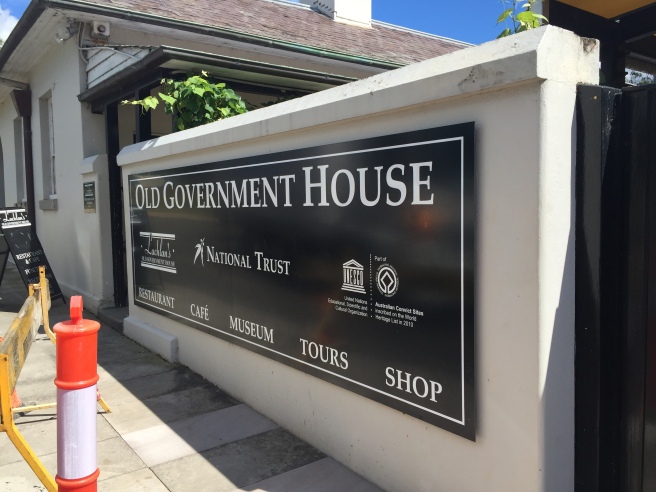 The house is the former country residence of the first ten governors of New South Wales. It is the oldest public building in Australia. From the outside, the building looks so quaint. Similar to Rouse Hill House it is built in a Georgian style, meaning very symmetrical (think a Wes Anderson film in building form). According to the website it now houses “the nations premier colonial furniture collection”. This will become very important when I discuss the exhibition.

The tour was nice lasting around 40 minutes. I was lucky to be the only person on the tour. We began outside the front of the house where my guide explained the layers of history hidden within the architecture. For example, it was originally a small sandstone house built by convicts for Governor Hunter consisting of four rooms (two on the ground level and two on the top level). Extensions were eventually added over time. We then moved inside to explore the dining room, withdrawing room, servants quarters, kitchen, and bedrooms. Unlike Rouse Hill, the house has been patched up and I must say this was a big plus.

A section I really liked was the Governors office which had a glass covered excavation pit in the middle. Through the glass you were able to see the original foundations of the house. As discussed with Vanessa and Rachelle this seems to be done at a lot of historic houses and museums. A trend that I think can be done well and effectively.

When the tour finished I was free to see the exhibition At Home. Pieces of furniture and home decor were distributed throughout the house mixing in with the colonial furniture. I was disappointed that this did mean some of the colonial furniture had been taken off display. Considering it has the largest collection I was left wanting more.

Sometimes the fusion of old and new worked. Other times it did not.

Seeing a huge black modern chair behind the Governors desk was, to me, not aesthetically pleasing. When the old and new worked together it really worked well. There was a beautiful hanging light in the children’s bedroom that suited the room and enhanced its interpretative capacity. Another highlight was a room filled with textiles that you were able to touch. Whilst there was not a lot of interpretation, only a small sign at the door presenting basic facts, I don’t like a lot Interpretation in a house museum. I enjoy wandering around and seeing the house free from large obvious distractions.

It is a very interesting house to visit for a perspective on Australian colonial history. I actually really enjoy house museums. It’s an experience to not only learn about the history but walk in the footsteps of that history. We visited some amazing Civil War houses in Nashville earlier this year which really sparked my interest.

Tomorrow I am off to the Sydney Observatory for a tour of the Egyptian Skies which complements the Ancient Lives exhibition. A very heritage-filled weekend!