Before delving into this review I wanted to quickly talk about the amazing night we had chasing the Northern Lights or Aurora Borealis. Seeing this natural phenomenon has been at the top of my to-do list for a while. We booked a tour with the knowledge that the lights are very temperamental. Luckily for us, the lights were on and were actually quite intense. It was such a beautiful experience and the absolute highlight of the entire trip!

Moving on now to the National Museum of Iceland. I am always a little wary of national museums. I think they are fascinating to visit in that they display a highly curated and usually politically-charged image of a country. They are usually one of two things – a grand narrative or a collection of different stories. I would say the National Museum of Iceland fits nicely into the former category. Both, in my opinion, are problematic. On one hand, a grand narrative often neglects stories. On the other hand, including many stories can leave me feeling very confused. Whilst not normally a fan of national museums, I really wanted to see how Iceland presented their history. I also hoped to learn a thing or two along the way. 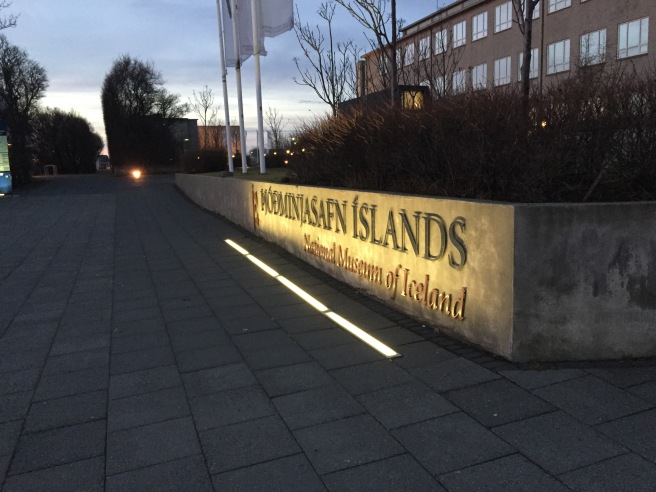 The museum is spread over two floors. It’s a mish-mash of chronological and thematic displays which was quite disorientating. To provide more structure to our visit, we followed the recommended highlight objects on our brochure. In total there are seven highlight objects distributed throughout both levels of the museum.

1. The Blue and White

According to the object label, this flag symbolises Icelandic history in the 20th century. Iceland was under Danish control until approximately 1944. Before they were granted their own flag in 1915, Iceland had to fly the Danish flag (pictured below). The Icelandic flag has a red border around the white cross representing volcanic fire. 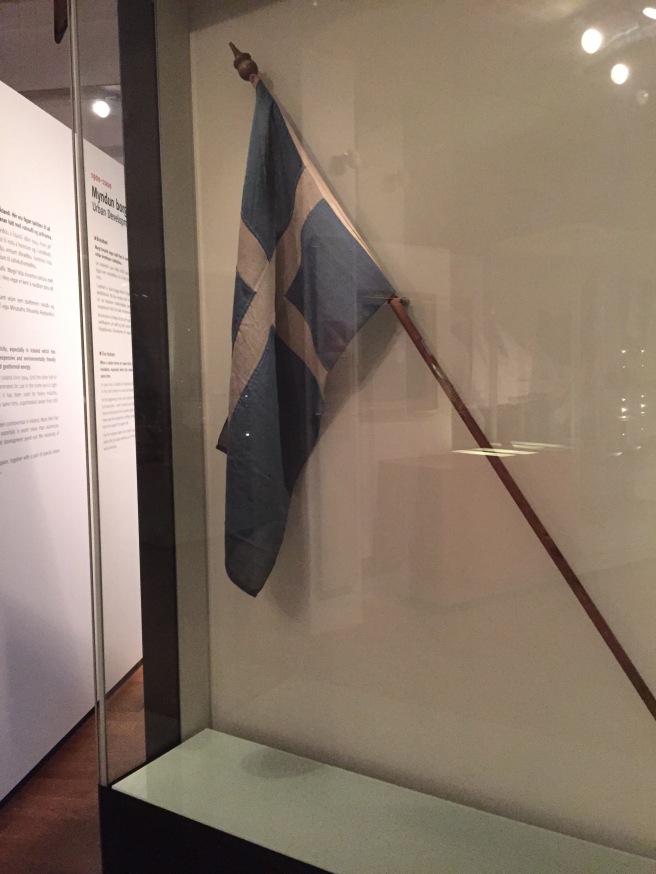 I was very excited to see a textile as a highlight object. This dress signifies a change in traditional festive costumes for women. It was designed by Sigurdur Gudmundsson and introduced in 1859.

An interesting religious object, the meaning of which has been debated. It either represents the Norse god pór (Thor) or Christ. The confusion comes from the fact the figure is holding something that looks similar to both a hammer and a cross. Between 800 and 1000 AD Pagan worship co-existed with Christian worship in Iceland. 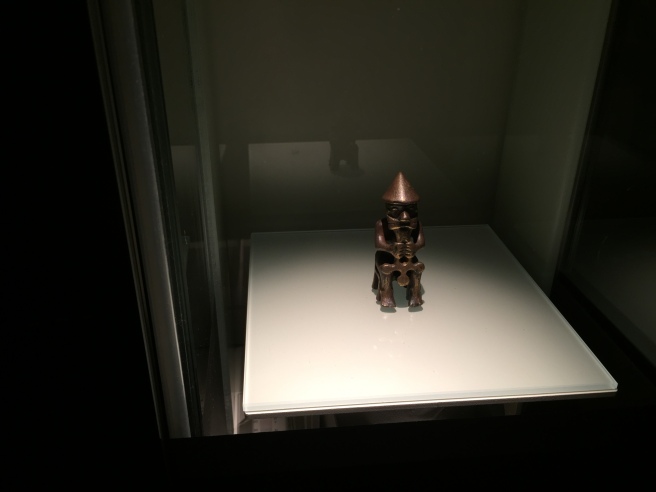 I couldn’t quite gauge why this object was so significant from the object label. It is essentially a cross that was displayed in a Catholic Church around 1200 AD. I am assuming its significance comes from the fact it survived the Reformation unlike many other Catholic objects.

If I have learned anything from this museum it’s that the role of religion has been almost central to the history of the country. This door, carved in Iceland, depicts the medieval tale of Chevalier au Lion. It would have once stood as the entrance door to a medieval church. Its significance comes from the fact it is the only surviving carved wooden door from this time period in Iceland.

This Bible was the first book printed in Iceland that was widely distributed. Around 500 copies were printed. It continued to be utilised up until the nineteenth-century. It still has its original binding which is pretty special. 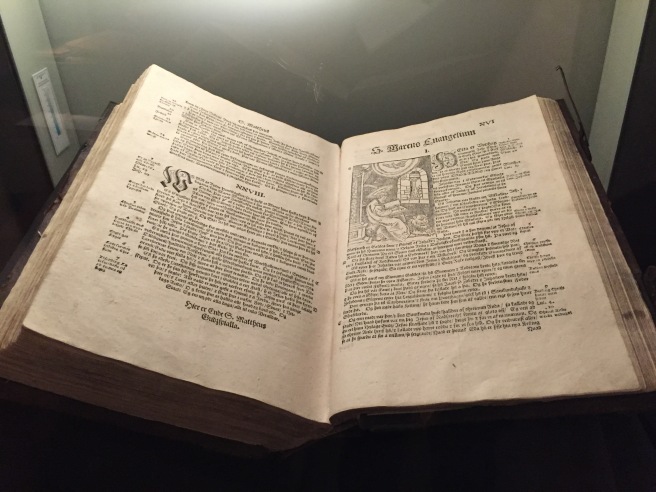 This horn was carved by farmer Brynjólfur Jónsson of Skard in 1598 AD. Jónsson is generally considered to be the first Icelandic craftsman nationally recognised for his works. The horn is only one of three surviving objects created by Jónsson and can shed light on the life of farmers in 16th century Iceland.

From an exhibition design perspective, I was very impressed by the display cabinets that were equipped with motion sensor lights. This act of preventative conservation would benefit the objects on display by reducing their time in direct light during quiet periods.

It was very interesting to see how the identity of Iceland had been curated in the museum. The heavy focus on nation building and religion were particularly intriguing. I thought the section on the 1703 census was curated well with a short video accompanying a variety of objects that aided in telling the story. In summary, this census was the first ever taken of an entire country.

For the next few days we will be leaving the city and exploring some of the beautiful landscapes Iceland has to offer. Hopefully I will have time to write a post on the World Heritage Site Thingvellir Þingvellir!

2 thoughts on “The National Museum of Iceland”