I am so excited to write this post on the Nobel Museum. Mainly because I rarely think that digital technology in a museum is a highlight. For this museum, however, it not only made sense, but, was utilized very effectively. The museum opened in 2001 and is roughly divided into two sections – one on Alfred Nobel and one on the Nobel laureates.

We started our visit in the section on Nobel. This was a traditional museum display with thematic panels and objects locked behind glass cabinets. It was thoughtfully organized and showcased a range of objects including books belonging to Nobel and a copy of his will. Although the original will is in the museum’s collection, it is too fragile to display. In this room visitors can learn all about Nobel and why the prize was established.

There are two other permanent displays that focus on the Nobel laureates and their inventions. My favourite room relied quite heavily on digital technology. The room contained different coloured cubes displaying an array of objects belonging to laureates that had been donated to the museum. These ranged from nail scissors to test tubes – all with a very fascinating story. Rather than crowding the space with labels, there were three large touch screen computers each displaying some of the objects. Selecting an object unlocked its story.

There were two highlight objects. The first was a small vial belonging to Australian doctors Barry Marshall and Robin Warren. They won the prize in medicine for discovering the bacterium Helicobacter pylori and its connection to stomach ulcers. Marshall drank fluid from this vial essentially infecting himself to prove a point.

The other highlight object was an X-ray tube belonging to Wilhelm Conrad Roentgen. I catalogued around twenty of these tubes during my internship at Trainor/Owen. They are truly fascinating objects.

The exhibition that relied almost entirely on digital technology was in the middle of the museum. It consisted of six large panels with computers attached. Each panel covered a ten year period. There was some text and one object providing visitors with a highlight of each decade. On the touch screen computers were the six, originally five, prize categories – medicine, chemistry, physics, literature, peace, and economics. The latter was added in the 1970s. 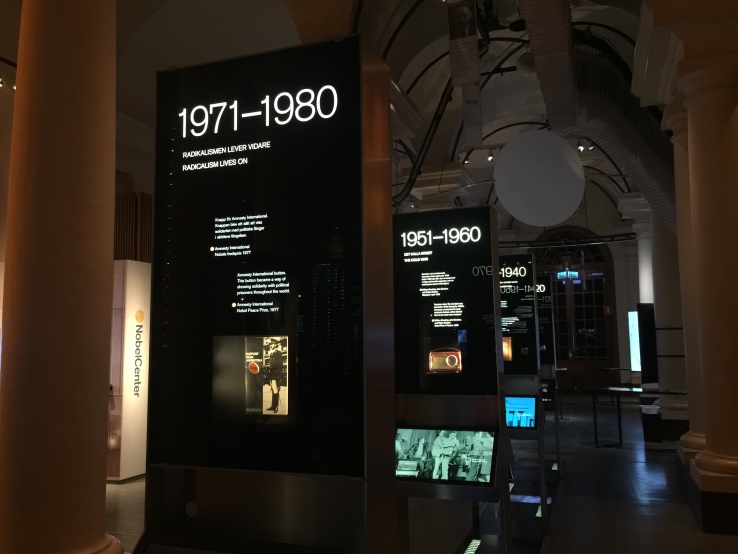 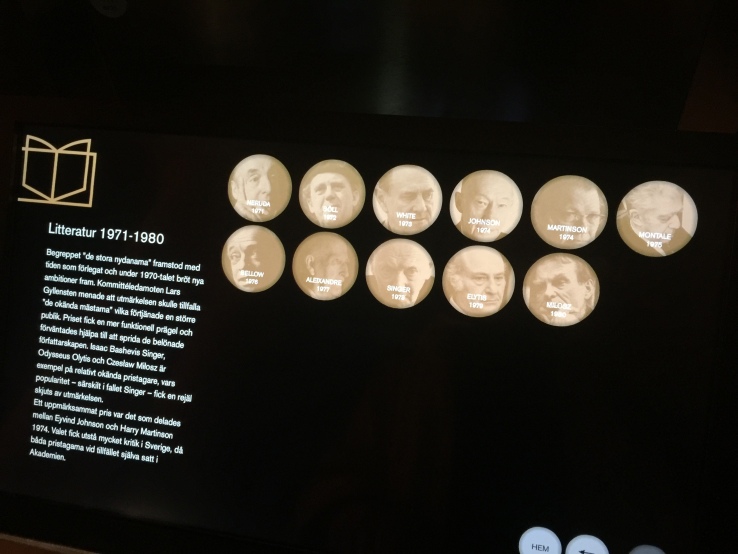 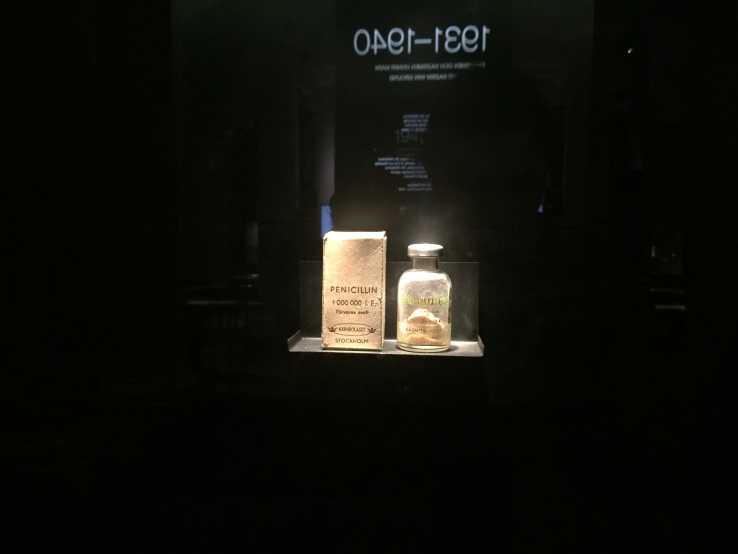 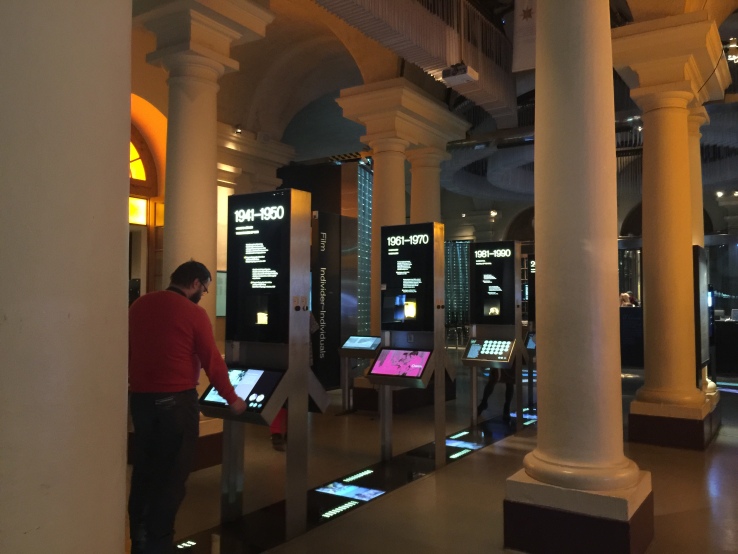 After selecting the category, a list of every individual who won the prize in that decade was displayed. On selecting an individual, more information was provided regarding what they invented and how it contributed to their field. I spent around 30 minutes going through some of the screens. As it would be virtually impossible to have a physical display on each of the laureates, I thought this was a compact yet effective way to tell their stories. Whilst you are in this space make sure you look above. Banners displaying information on each of the laureates travel around the ceiling of the space on a conveyor belt.

Finally, there was a temporary exhibition space. Right now, the exhibition is titled ‘Experiments’. During the day it is an active laboratory allowing visitors the opportunity to contribute to an experiment. In this space was another reminder of my internship. A machine constructed by Marie and Pierre Curie to test radioactivity levels. There were a few other experiments represented in the space.

This exhibition further proves that digital technology needs to be integrated with, rather than added to, an exhibition. Otherwise it seems superfluous and can be very annoying. Whilst I have seen many examples of well-integrated technology, I have never seen it on this scale. A great museum to see for those of you wondering what a museum may look like with limited objects.