I am back in Melbourne for a medical history writing workshop at the Geoffrey Kaye Museum. I’ve arrived a day early purely because my last trip to Melbourne was way too rushed! This afternoon, I went to the Immigration Museum. I have been wanting to visit this museum for years yet it has always slipped my mind when I’ve been in Melbourne. It’s located very centrally – right near Flinders Street Station. The building was originally Old Customs House. Today it’s a fusion of heritage building and museum which I believe definitely added to my experience.

Rather than focusing on the content of the museum, this blog post will be dedicated to exhibition design. There are many stories told in the various exhibitions of the museum. I would argue that they are all powerful and were amazing to read. I would be too overwhelmed talking about them in this space.

In saying that, I do want to write a few words on this absolutely incredible object in the Journeys of a Lifetime Hall (pictured below). When walking around the exhibition space it immediately caught my eye. It is quite spectacular and has been utilized to tell the story of early Jewish migration to Australia. The thematic panel revealed so much I did not know. For example, I never knew that the Jewish population of Australia boomed during the gold rush, particularly in Victoria. This specific object is a samples chest belonging to Simcha Baevski. Baevski would eventually transform his door-to-door sales business into the  empire known today as Myer. For those reading this blog who are overseas, Myer is one of Australia’s largest department stores!

Moving on now to exhibition design. I have a few points I want to briefly write about. Pictures will be included! 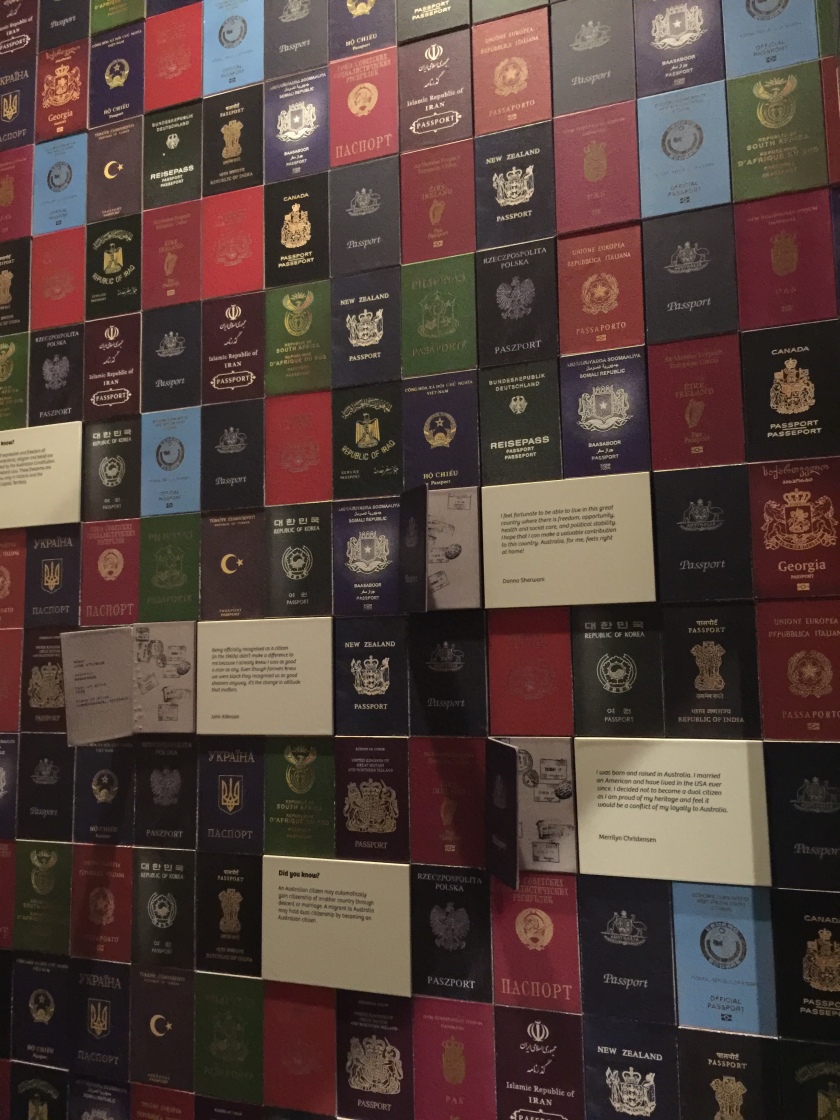 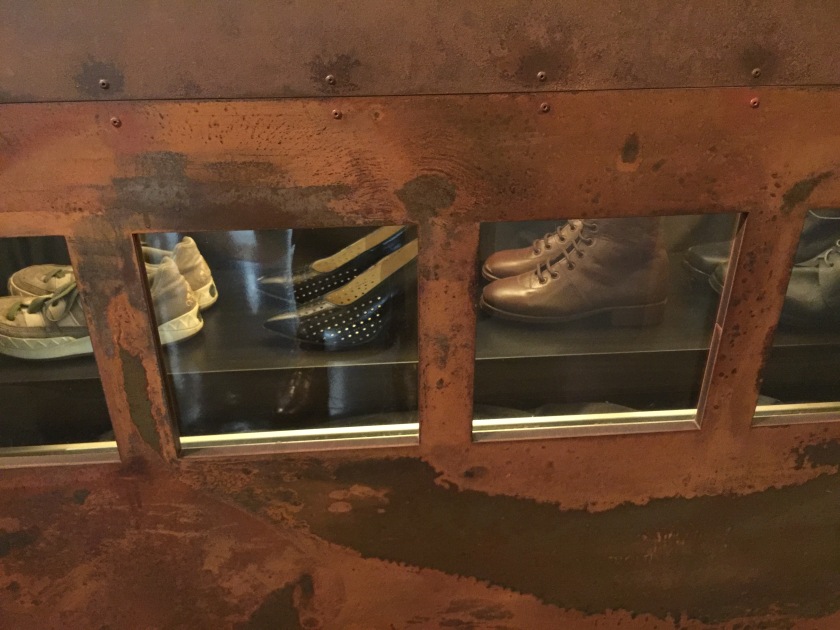 I’ve said on this blog before that my purpose isn’t to be critical of museum spaces. If there is something that really disappoints me though I will mention it. I think each and every museum has its strengths and its weaknesses and I want this blog to celebrate the diversity of design, contents, and creative thought that exists in the sector.

I had a wonderful afternoon at the Immigration Museum learning so many new design techniques. It will be interesting to see how the museum grows and develops over time to incorporate new stories and experiences.