Our group is currently en route to Oxford for an afternoon of exploring the city. I am taking this opportunity to write a quick post on our tour around the Stowe House gardens. They are owned and operated by the National Trust. The house, however, is managed and owned by the Stowe Preservation Trust and Stowe School. Our guide was Philip Clarke who accompanied us on a morning stroll through most of the gardens. We stopped at around six temples and heard a little about their significance and place in the landscape.

The first temple, the Corinthian archway, is clearly visible from the south side staircase of the house. Even though it was lightly drizzling and quite misty, you could still see the archway dominating the landscape. The purpose of the arch is to serve as a political statement having been built to commemorate the Seven Years War. It was commissioned by William Pitt the Elder in 1765. The arch is in direct line with the Roman General in the Marble Room fresco (representing Cobham) and the statue of King George I.

After walking for a few minutes we came across the old parish church from the original village of Stowe. It is still in use today and I would imagine it is a popular place to get married. It is also significant as the Temple family are buried within its grounds including Viscount Cobham. It is truly an amazing and beautiful garden to walk through. Around each corner is a temple that contributes to the overall theme of liberty.

If you follow the path from the parish church you will stumble across the Temple of Ancient Virtue. Inside are four Greek heroes: Homer, Socrates, Lycurgus and Pelopidas. To Cobham, these would have been the best of the best from the ancient world. A visitor in the 18th or 19th century would have understood their significance and purpose in the space. Clarke did a great job explaining this kind of detail to us.

We then saw the garden’s grotto and the mouth of the underworld. Created by using stone from Vesuvius, at one end of the grotto is the structure leading to the underworld. From it emerges a river that is meant to represent the River Stix. Although created by William Kent, this part of the garden would later inspire Capability Brown. Brown of course being the father of the English Garden style. 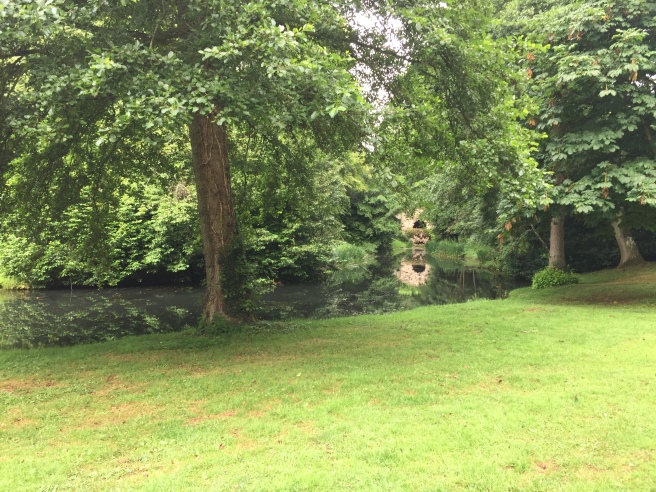 My favourite monument/temple came next on the tour: the Temple of British Worthies. It was essentially a row of stone busts portraying a range of famous personalities. Included were Alfred the Great, Sir Isaac Newtown, and Elizabeth the First. As Clarke mentioned, the heroes on the temple our positioned at our level meaning we can aspire to reach their level. Situated above the busts was Mercury who was responsible for transporting these individuals to the afterlife. 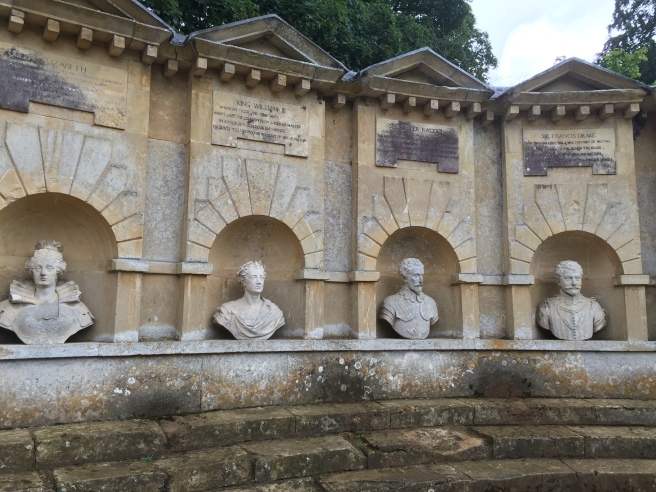 Out of all the temples built there is one exception to the Neo-Classical style, the Gothic Temple. It is a very foreboding building positioned on a natural hill. The purpose of the temple is to be a Saxon fantasy church that stands out as a Saxon symbol of liberty. After crossing the Palladian bridge we reached our final stop – the Temple of Friendship. Literally a place where the men of the Stowe House could meet and conspire against the government. Famous faces that frequented the temple includes our good old friend William Pitt the Elder.

The tour finished with a quick summary of tourism in the gardens. It was a lovely experience hearing the history and symbolism of the garden whilst walking throughout. I highly recommend delving deeper into the meaning of the garden if you visit because there are some wonderful stories to be uncovered.