On the agenda today was a session at No. 1 Royal Crescent Museum and the Cleveland Pools. When we arrived at the museum we were divided into two groups. My group went first with exhibition developer Kate Rogers to see the museum’s temporary exhibition. Titled “Indulgence” the museum traces daily delights in Georgian Bath through a variety of themes. These include Journey and Arrival in Bath, Comfort Eating, Evening Entertainment, and Trivial Pursuits.

The most interesting, in my opinion, was Comfort Eating. Accompanying each theme were a variety of objects that ranged from interesting to bizarre. The Comfort Eating display case, from left to right, told the story of decadent foods to problems associated with overindulging. Each of the three display cases contained a highlight object. In the first, there was a beautiful hot chocolate silver pot. In the next, a recipe book that not only contained food recipes, but also, remedies for curing illnesses. Finally, there was a medical kit, my personal favourite object, that was employed in times of overindulgence to treat the symptoms.

The one fantastic thing about this exhibition were some of the object labels. Alongside a photograph of an individual and a quote, there was a Facebook reaction. So you knew who liked, was angry with, or loved an individual. It was such a great way to get a quick snapshot of the relationships at work in Georgian Bath. Even those who may not use Facebook would still be able to ascertain what the certain faces meant.

During the visit we were further divided into groups and had to assess how well the exhibition engaged certain visitors. Our group focused on new visitors to Bath. We decided that whilst the information was great in providing a historical overview, there were some basics missing. These included a timeline of Bath history and a map of the greater Bath area locating some of the sites mentioned in the exhibition.

Following our temporary exhibition tour, we went on a tour with Frost (from yesterday) who guided us through the historic house. I really enjoyed the main aim of the house – to be a living, breathing historical house. This means engaging all senses. For example, the kitchen is fully functional and can be used for cooking. Also, on the top floor is a harpsichord that a volunteer is able to play. Both of these elements can really add another layer of interpretation that is often missing from a historical house. It was incredibly interesting to hear how the house is curated and the environment that they are trying to create.

After these tours we had our hands-on activity – designing an exhibition for the 250 year anniversary of the Royal Crescent. We could only select five objects that were on display in the house. The main point of this exercise was to think about how to reinterpret the objects. Our group decided on an exhibition titled: No. 1 Royal Crescent – Appearances and Reality. As a bit of context, the buildings in Bath follow a similar pattern – a beautiful facade with a rough backing. Our exhibition was going to explore how lives within the houses were very similar. The first room in our exhibition space would explain the Georgian architecture. Then, visitors would be guided through two spaces. One would explore the superficiality of Georgian life showcasing the bedroom of the lady of the house. Around the corner, the life of a servant. Our five objects were the house itself, a vanity, an embroidery table, a housekeeper’s ledger table, and finally, jelly molds. 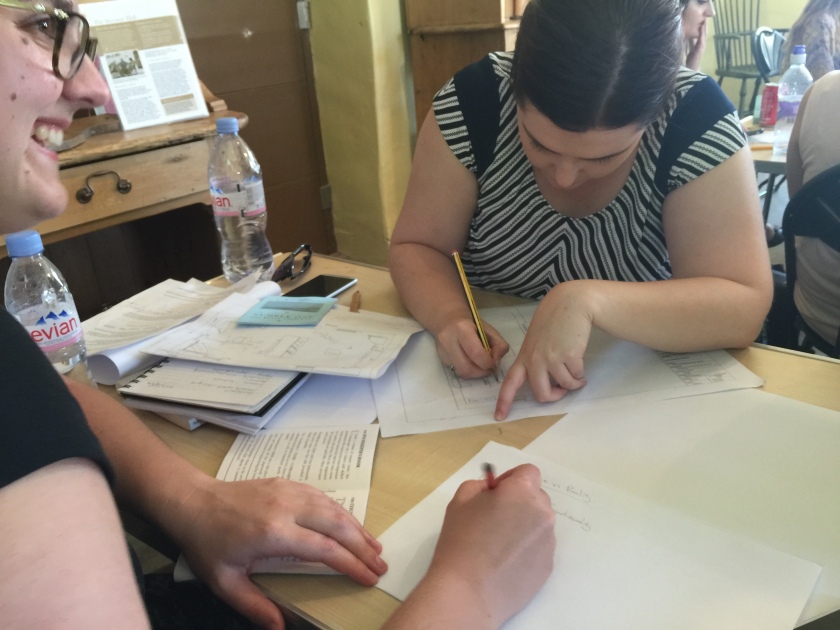 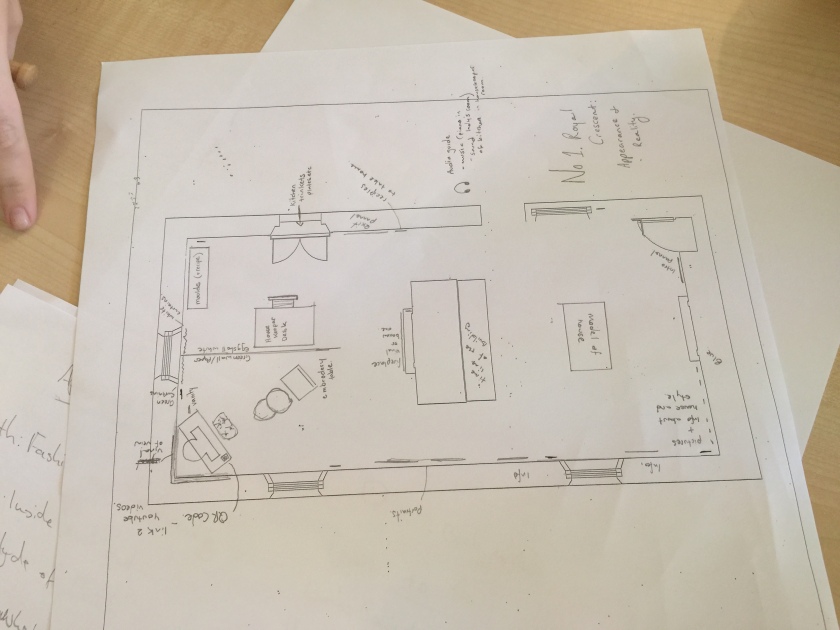 It was such a great opportunity to design an exhibition in an extremely short period of time and present it to some wonderful professionals in the field! It is this hands-on learning that I am particularly impressed with in the course.

Following the museum, we walked over to the Cleveland Pools. Built during the Regency period and left to decay in 1980s, it has been awarded money from the Heritage Lottery Fund to be rebuilt. It was so inspiring to see a heritage site before the reconstruction had even begun. You could really see what work had to be done and what areas required immediate conservation. It was also great to hear how the pools have been able to gain funding through grants and community support. It is one thing to see heritage restored, but, to see the process from the beginning is so insightful.

The pools have international, national, and local significance. It is the oldest surviving public cold pool in Britain serving as the community’s swimming pool from 1900 to 1975. It is also an outstanding example of a smaller Georgian crescent. I would love to revisit the pools when they are finished and open to the public.

Overall, it was another fantastic day on the programme. So much heritage, so many museums, and so much knowledge being transferred!