I have been a dinosaur addict since I was about 10 years old. I remember having my 10th birthday party at the Queensland Museum complete with a dinosaur cake. Fast forward eleven years and there I am celebrating my 21st in the same museum with, yes, another dinosaur cake. I can’t really tell you why they fascinate me so much, but, they do and I am always 110% ready for a new dinosaur exhibition.

All this leads to the fact that I had very high hopes for Jurassic World at the Melbourne Museum. Besides from the length of the exhibition, the rest did not disappoint. To start, you are guided onto a ferry that will hypothetically (oh how I wish actually) transport you to Jurassic World. It’s a nice way to start the exhibition. There is a promo video for the park as well as a general introduction to the exhibition from the head ranger. 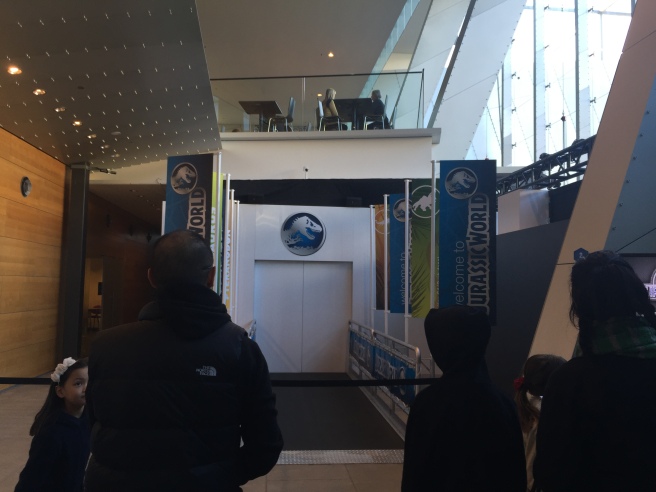 As soon as the doors open you walk through the famous Jurassic Park gates (cue tear of nostalgia) and into the park. The dinosaurs are all absolutely phenomenal. They look and move as if they were real. The first part of the park introduces you to the Brachiosaurus. You then move through to see a Pachyrhinosaurus, related to the Triceratops, and its baby – so cute. After another short film about (oh no) the T-Rex escaping, you join heaps of screaming kids in a closed room awaiting to see if you survive or not. The T-Rex was just really cool creeping out and trying to overturn a truck. After a couple more rooms with two more dinosaurs it’s over. Internally struggling with how short the exhibition was, I took solace in the fact that the dinosaurs I did see were just incredible. 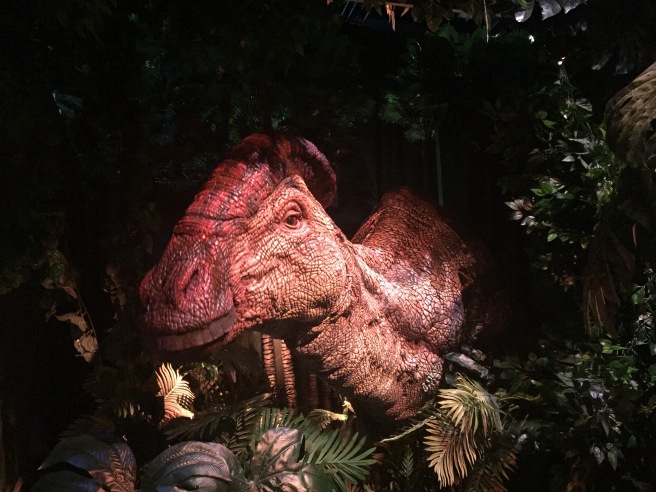 As you move throughout the entire exhibition there are a couple of text panels but you mostly receive your information from the head ranger via video screens. Around the screens became slightly congested, but, I think it was a great way to deliver the information for both kids and adults to understand.

There were two sections of the exhibition that were more scientific. One was a lab that explained things like genomes and extracting DNA from Amber. The other was a section on palaeontology and what happened to the real dinosaurs. 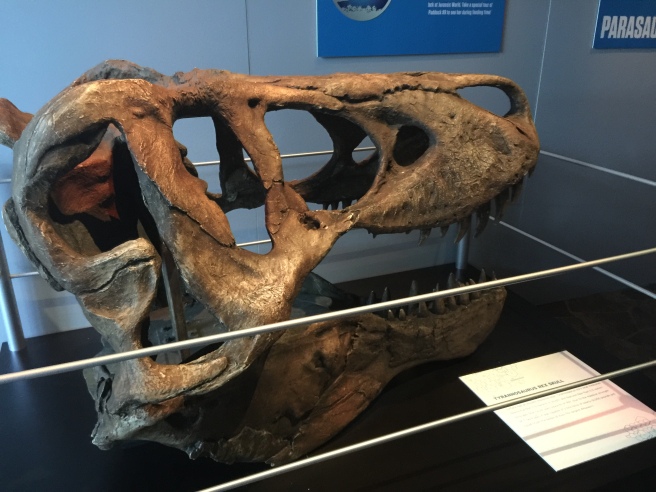 At the end of the day, the dinosaurs were really cool – I cannot stress this enough. I have never seen so many kids engaged with an exhibition in my life. They were entertained and they learned a little something so everyone wins. Again, if it had one or even two more rooms I would have been extremely happy. I can understand, however, how even just one dinosaur would be an electricity drain.

In terms of what I learned in the exhibition, I don’t think I discovered anything new about dinosaurs. Well maybe that if it looks like a Triceratops it might not be one. I did learn how amazing animatronics are and how effective an exhibition can be that not only displays objects, but, transforms its physical space to transport you to another world.

Now to go home and watch all the Jurassic Park and Jurassic World films. Thanks Melbourne for a fantastic three days!