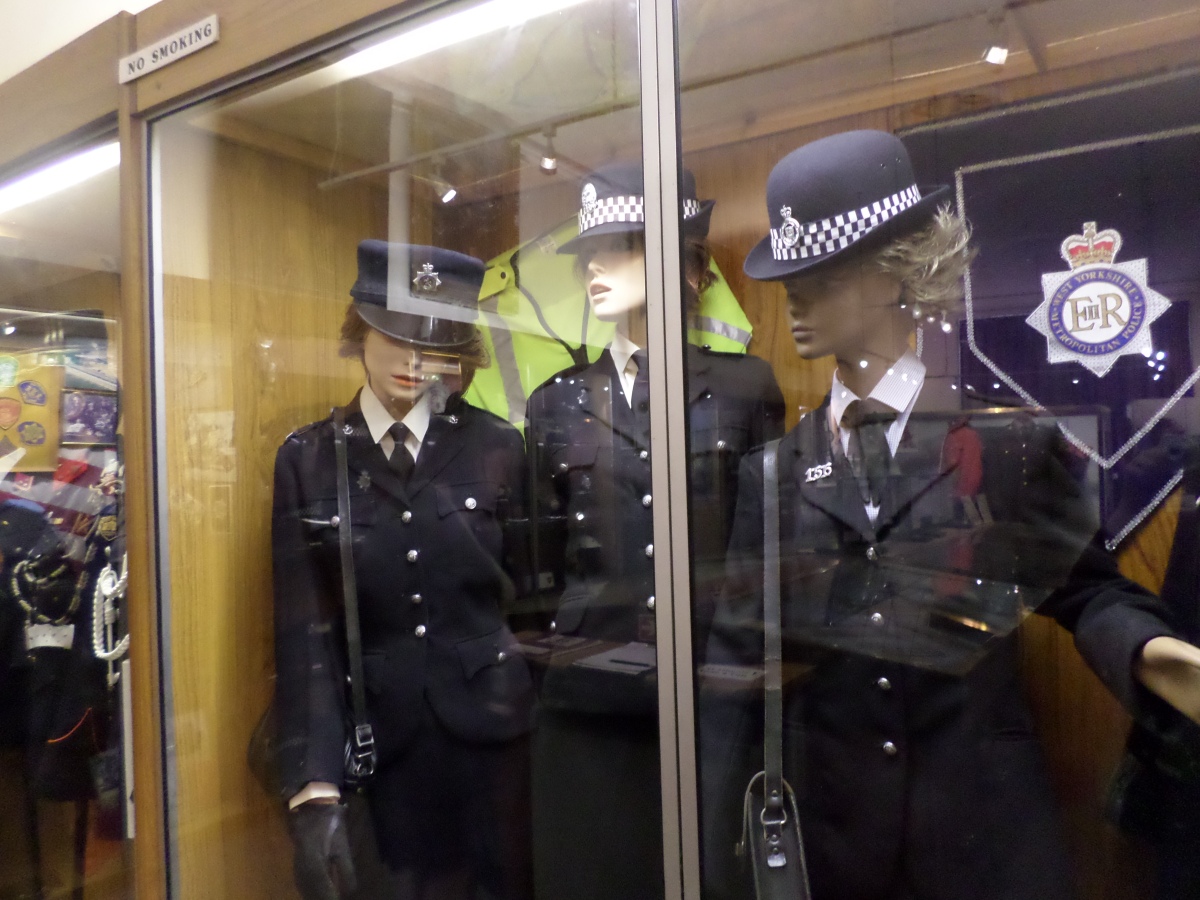 I was so thrilled to see that the beautiful Cotswold Village of Winchcombe had a police museum! It was one room filled with objects here and there and folders containing village ancestry piled high. Such a beautiful local museum.

The first section told the story of Winchcombe. Basically how the town was constructed, then reconstructed, then constructed again. The town dates back to neolithic times – there is even a section you can touch fossils dating back to this period. The town’s strongest connection is to the Saxon period. It has survived everything in between and beyond. There are so many cute knick-knacks around the reception desk. Victorian and Edwardian love cards, opera glasses and their case and a few Roman mosaic tiles. Beneath the glass case of goodies are a few folders containing oral histories of the area. These were a very nice addition. It is great to see the history, told by the people, kept alive.

After the first half-ish of the museum you step into a section containing bit of police memorabilia. Not just from this town or even this country! There are police patches from almost all states of America and hats and uniforms from all over the world. I loved seeing all the hats lined up on display. I spotted one of them is actually from Victoria. So amazing to see an Australian police hat on the other side of the world in a small Cotswold museum.

My favourite experience, however, was seeing all the uniforms. There were about twenty on display. These were mostly from areas of England, Scotland and Wales. A few from Russia. Even a few from Japan. If I had to narrow down the highlight out of all of them I just can’t go past the women’s uniforms from Scotland and England. I have become extremely interested researching women in the Queensland Police Force. Seeing more stories from around the world was pretty great. There was one picture in particular of a woman dressed in her Harrods Police Women’s uniform dated 1908. She had no power of arrest and no formal authority yet, but she wore her uniform with pride.

Things have come a long way. Female recruits are growing in numbers each year and I am so glad to see this. I appreciate such a small museum telling and showing their story. If I had to summarize this museum in two words it would have to be: “informative” and “local”. A nice way to spend an hour or so. Also very friendly front of house!