In October 2016, I attended the ICOMOS & National Trusts of Australia Conference in Melbourne. One of the many talks that really hit a nerve was on the topic of heritage and significance statements. The speaker was trying to push the point that a building is never frozen in time. Rather, it changes, it adapts, and it gains new significance. When I moved to Gladstone I found the brochure (pictured above) and was intrigued as to this heritage walking tour of the city centre. After walking Goondoon Street this morning and seeing all the buildings and their decals on the footpath, I believe this tour is achieving that balance between exploring a building’s past, yet cementing it in the present.

The walking tour took me about 45 minutes. This is because I kept stopping to take photographs and read the brochure that contains information on each of the ten buildings. I am absolutely amazed and thrilled by the fact that Gladstone has kept quite a few of its heritage buildings and has even listed some on the Queensland Heritage Register. The following post will look at each building individually, commenting on its past and its present. It should also be noted that the art decals were produced by an incredible local aritst, Geoffrey Head. They are stuck on the footpath outside each of the buildings allowing people walking by to stop and read some history.

Then: The Port Curtis Aquatic Club

The Port Curtis Aquatic Club was established in 1941. Its aim was to grow the sport of sailing in Gladstone. This building was the club house, finished in March 1959. The building’s floors were made from Calliope River gum trees, donated after a cyclone hit the area in 1949. In the mid-1970s, the building became the Gladstone Yacht Club – a very popular venue during the annual Brisbane to Gladstone Yacht Race. It is now listed on the Queensland Heritage Register. Side note: they also do an amazing chicken schnitzel – speaking from personal experience. 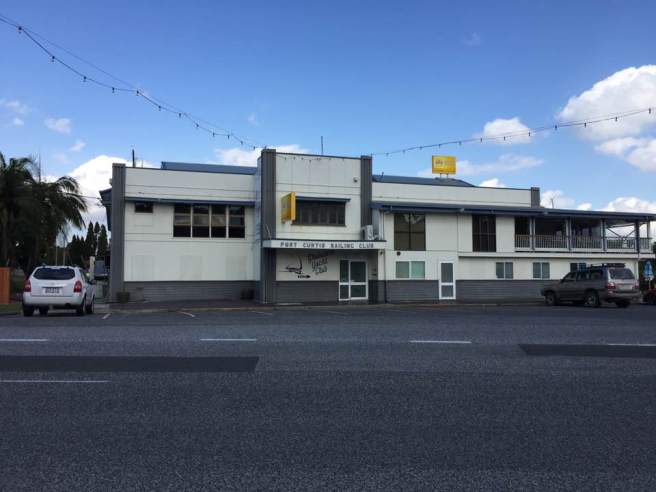 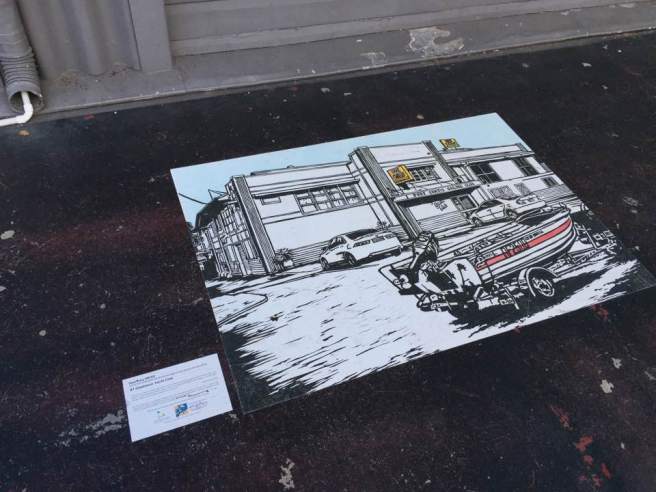 Then: Private Residence and Metropolitan Hotel

Originally the location of a private residence, this area of land once was home to the Metropolitan Hotel. According to first licensee, Samuel Evans, “it [was] a quiet retreat [with] moderate charges.” Unfortunately the building burned down in 1910. Although fire fighters were quick to the blaze, the age of the building and lack of water supply meant it was destroyed. Mr Golding, who was a member of the volunteer fire brigade, purchased the land building five houses. This is one of the surviving houses. 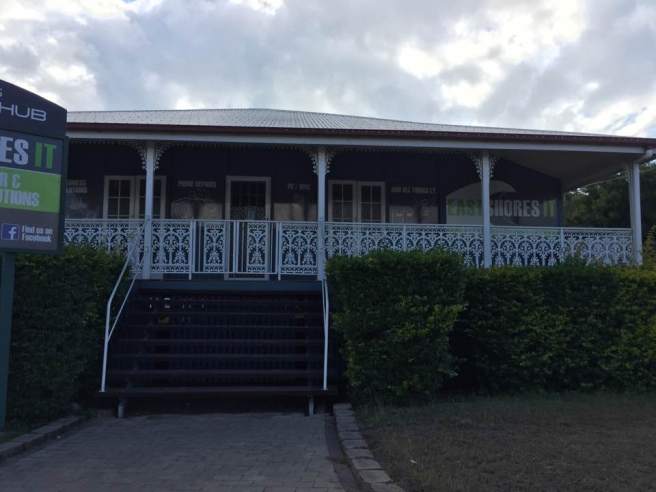 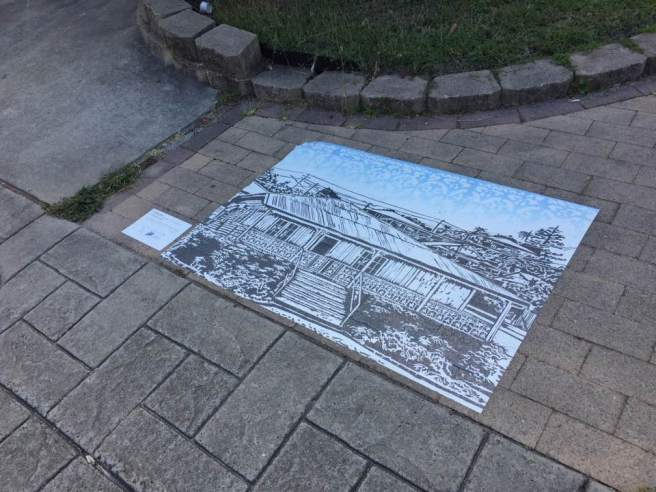 One of the area’s oldest buildings, this was the original Town Hall of Gladstone. When the new hall was built in 1934, it became the Returned Services League or RSL. The foundation stone was laid on 28 November 1868. It served as the civic chamber for a total of 64 years! It then became the RSL, which unfortunately closed in 2003. Its future is pending so I will be watching this space closely. A beautiful building with so much history and intrigue. For example, coins of the realm and a copy of the earliest Gladstone Observer are said to be built into the walls, however, have never been found. 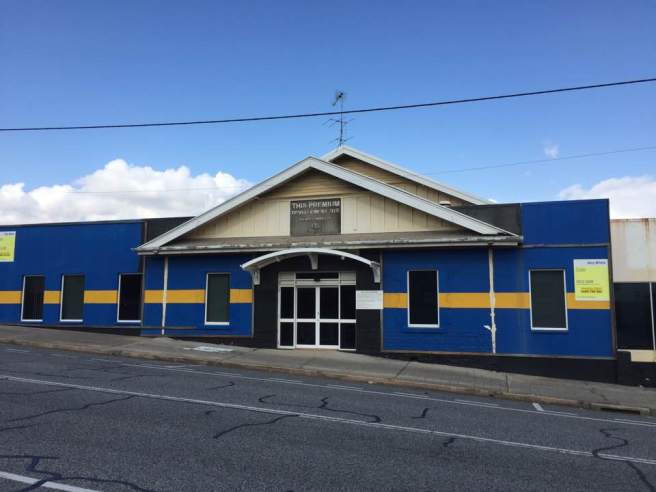 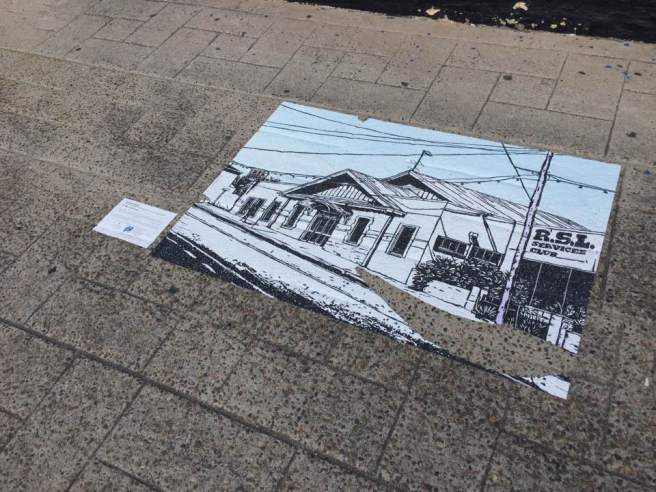 This house has been restored to as close to its original appearance as possible giving it the nickname “Grandma’s House”. More research is currently underway as to its original function. 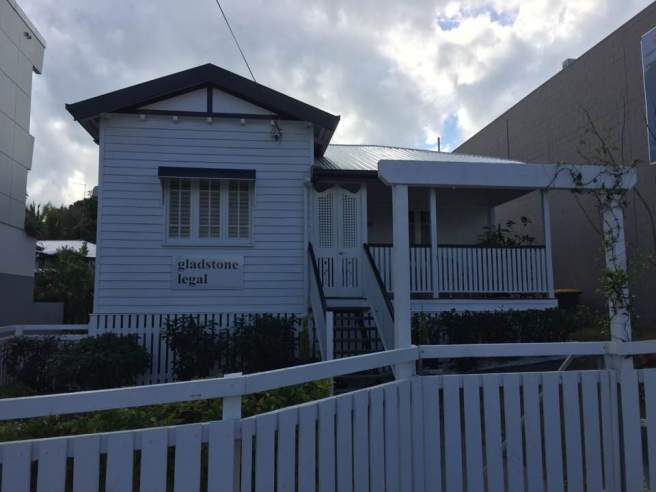 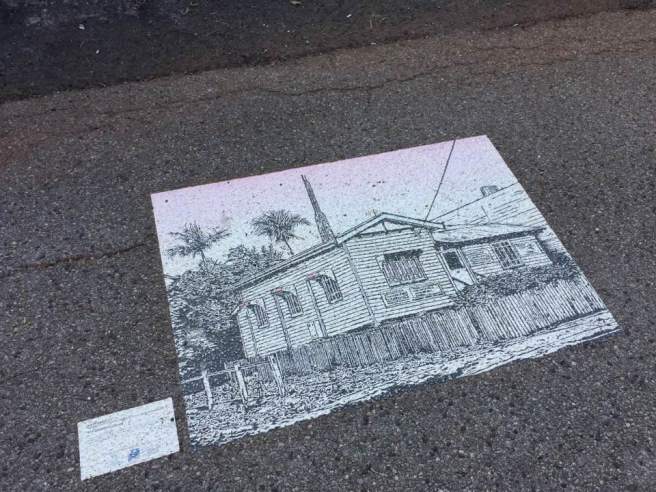 My second favourite building on the tour was the town’s first post office built in 1932. The original post office, however, was located in another area and was built in 1854. This building was a purpose-designed post office for the Commonwealth Postmaster General. What makes this building particularly significant is that only seven of the ‘twin porch’ post offices were ever built in Queensland. This is the only one with a clock tower. It was eventually sold to private businesses in 1997. A truly magnificant building. 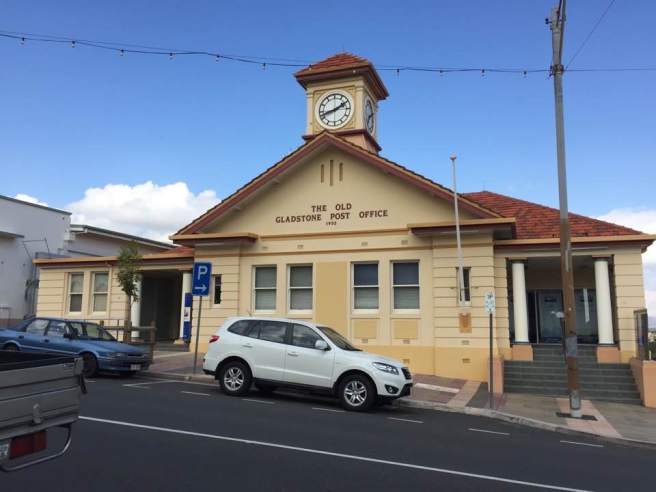 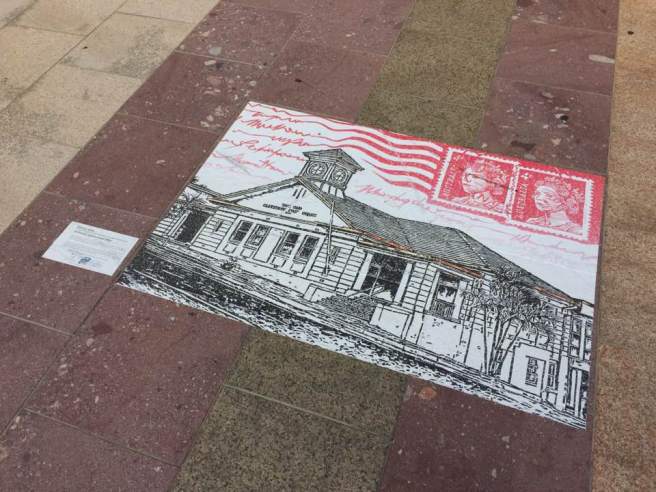 This building has a long and interesting history. Originally built for the Commercial Banking Company of Sydney Ltd in 1911, it was sold in the early 1960s to Mr M. A. Busteed, a local businessman. The building became a group of flats called “Kullaroo House” – meaning ‘road that leads to water’ in a local Indigenous language. In the 1970s, it became offices for a law firm. Next it was a restaurant in the 1980s before being sold in 1993 to the Gladstone Port Authority, now Gladstone Ports Corpration. 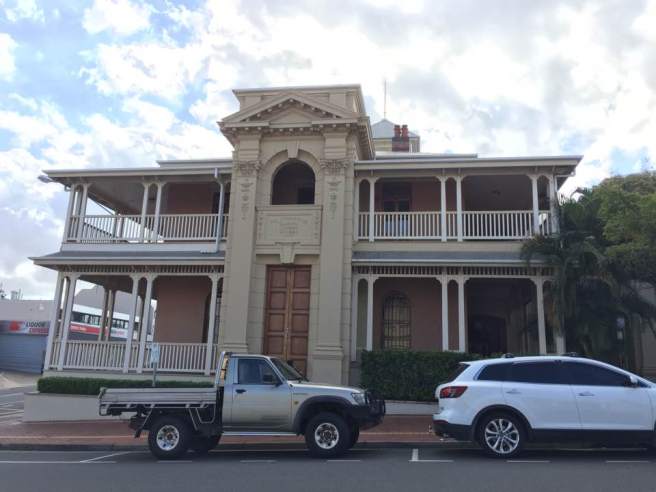 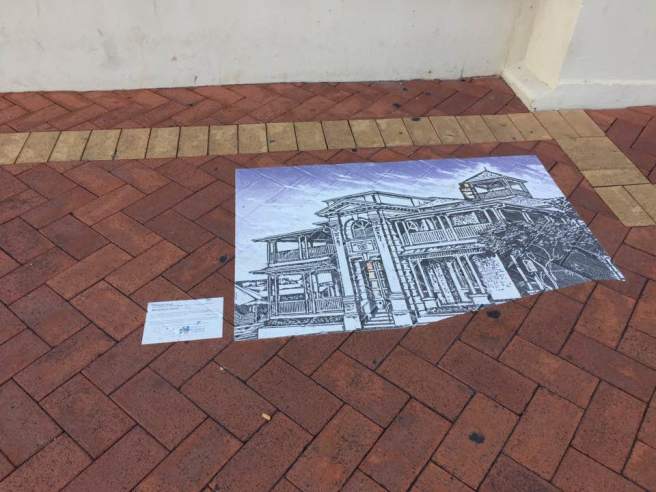 A building that has held the same business since 1898, the Grant Hotel once contained seventeen bedrooms, one sitting room, two bathrooms, one bar and a parlour room. Its purpose was to accommodate passengers moving to and from North Queensland for work. Although not all of the building is original, the widow’s walk right on top has remained intact. The rest of the building has been restored after a substantially damaging fire in 1993. 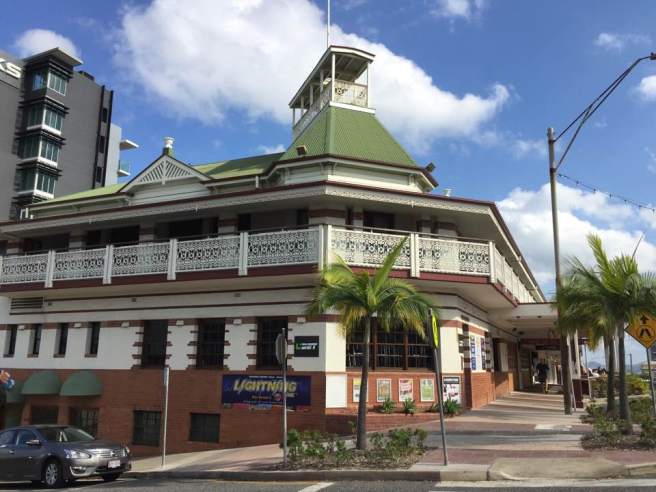 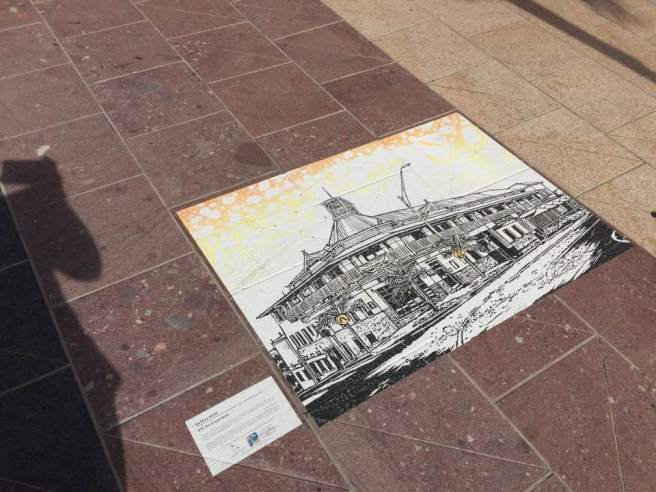 There is quite a horrific theme here of fire destroying buildings and this one is no exception. The first building opened in 1911 containing Patrick’s jewellers, owned and operated by Colin Patrick. A fire destroyed the original building in 1938, causing the Patrick family, who lived above, to flee with only their pyjamas on their backs. A new premises was eventually built and Patrick re-opened his jewellers. This store has been passed from generation to generation. The current owner, Noel, is the third generation of Patrick to run the store. 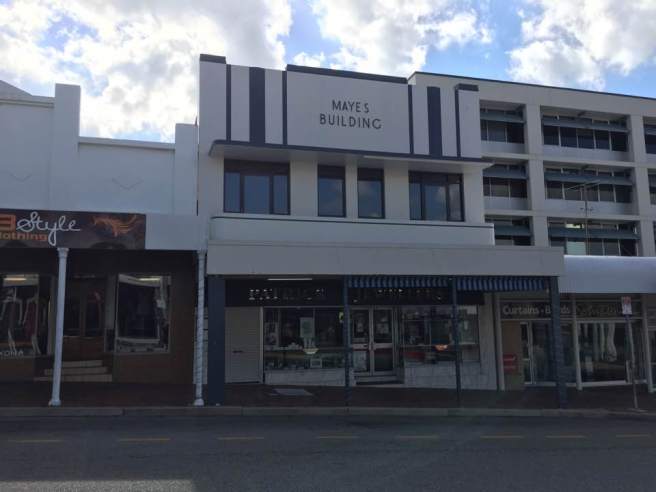 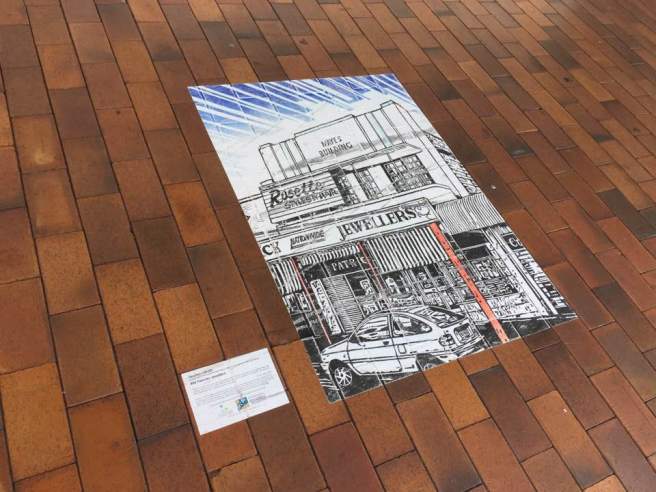 This building was purchased for approximately $1, 000 (in today’s money) to build a branch for the Commonwealth Bank opening in 1927. It is a substantial two-storey “Spanish style” building that held the bank until 1972. It is now owned by a private business. 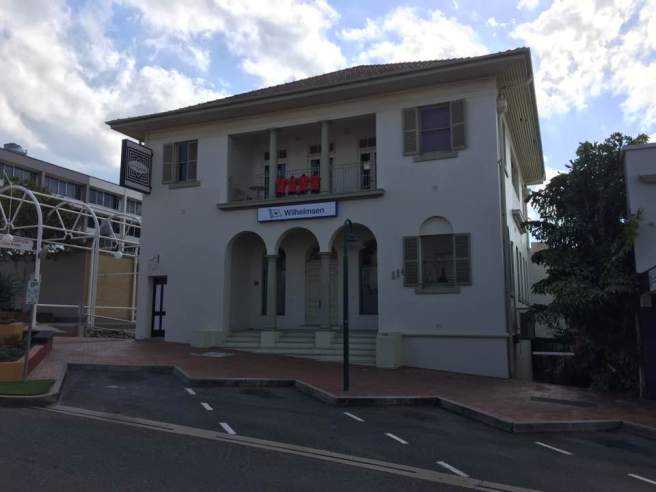 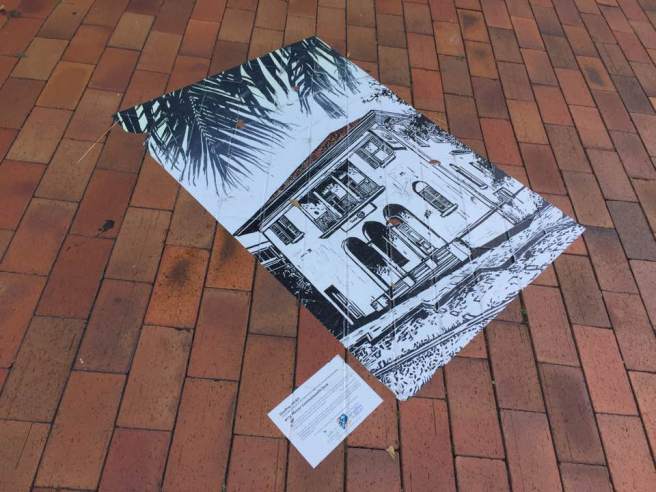 Then: Town Hall and Municipal Chambers

No bias here at all, but this is my favourite building of the lot. It was designed by Rockhampton architect Roy Chipps and built during the Great Depression to generate jobs and income for struggling families. It was opened on 15 September 1934. It operated as the Town Hall and Municipal Chambers. It also held the World War I Honour Board that was wheeled out every ANZAC Day for the ceremony. While the board still remains, the ceremony is now held in ANZAC Park. It was also a place of great entertainment with weekly movies, dances, parties, flower shows, weddings, and even held a children’s library. It was closed and eventually turned into the Art Gallery and Museum in 1985. This Art Deco building is absolutely stunning and I am grateful every single day that I can go through these doors into a hub of cultural and community activity. 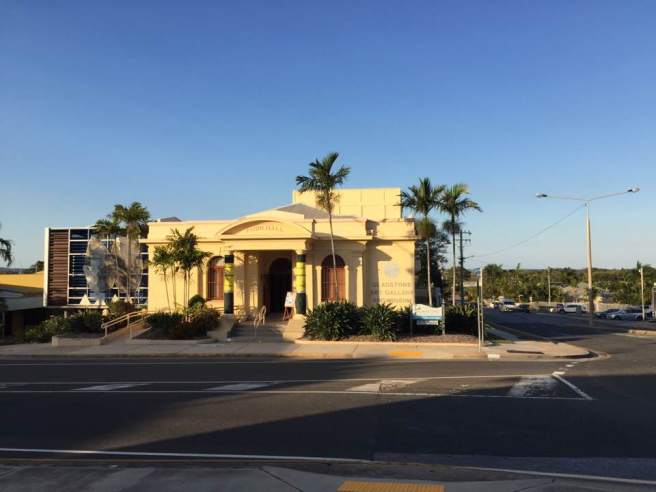 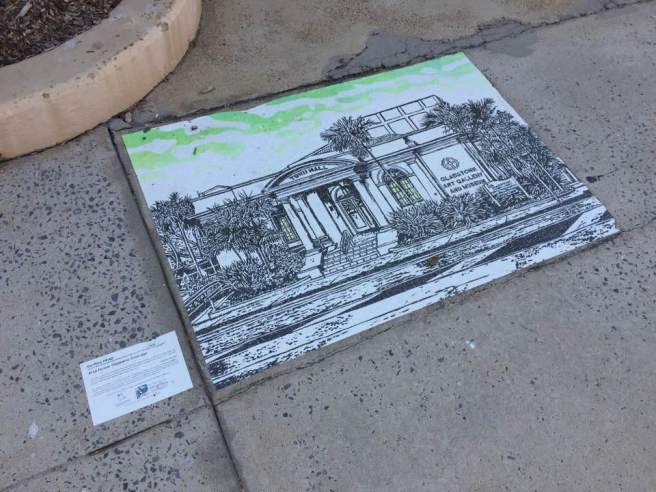 This was such a wonderful way to spend my Sunday morning. It was also a great introduction to the heritage we have in the city centre!