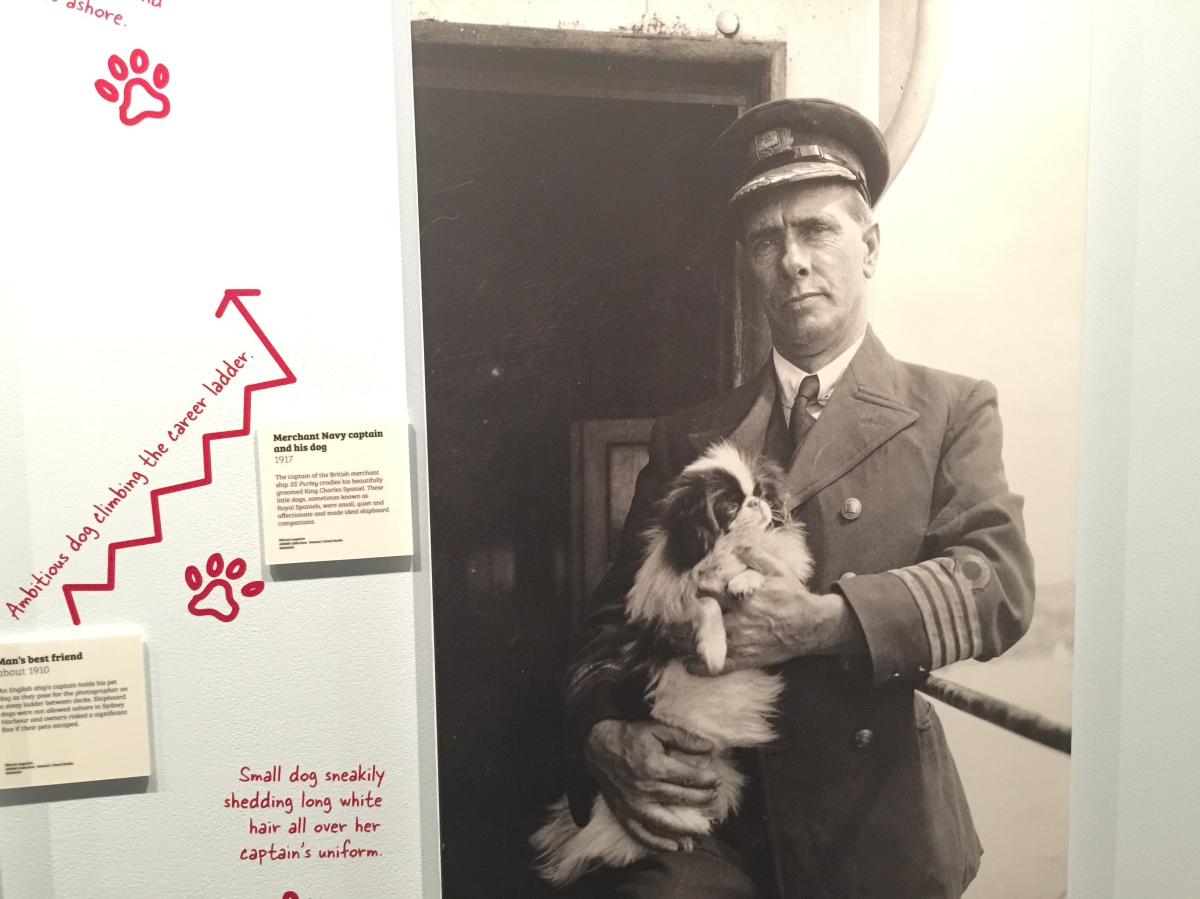 I decided to have a bit of fun today and visit the new exhibition Dogs and Cats All at Sea in the National Maritime Museum. The small exhibition displays a collection of photographs taken by Samuel Hood. Each will leave you saying “nawwwww”. Just so we’re clear, I will pretty much love anything to do with dogs. This review will be biased and will contain pictures of absolutely adorable puppies.

I’ll start by talking about the exhibition design. In total, there are seventeen large black and white photographs displayed on one long wall. In the middle is also a short film on Bailey, Assistant Director of Seagulls and literally one of the cutest dogs with a job I have ever seen. I also thought it was incredibly adorable the way Bailey has been credited for selecting the images and having his “human friends” curate and write the labels.

Anyway, the photographs are displayed against a neutral grey coloured wall. Alongside each photograph is a black and white information label. For kids, there is a trail painted in red containing information and paw prints. Although very brief, the labels established some context for the photographs including year and location. It would have been nice to have slightly more information, however, I can see that this may have cluttered the space. Plus who wants to read a lot of text when it cuts into valuable looking at puppies time.

Additionally, and judging by the introductory panel, more information may not have been possible to attain. In one of the sweetest things I’ve read this year (yes, I know it’s still January) the point is made that despite not knowing a lot about the individuals, their bonds with their pets are what matters. You can really see the affection in the photographs. 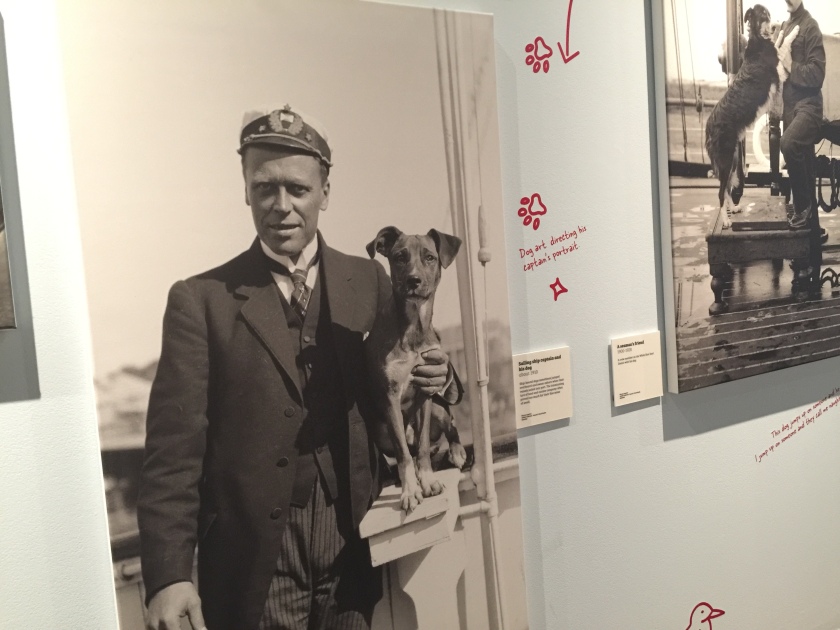 My favourite photograph is below. It was taken in 1917 onboard the merchant ship SS Purley. Pictured is the captain holding a newly groomed King Charles Cavalier. If you look really close, you can see that the dog and the Captain have virtually the same facial expression. I love seeing the loose dog hair on his jacket collar because it adds a bit of movement to the photograph. You can imagine this little puppy jumping up for more pats or attention.

There were a couple of group photographs as well featuring pets. It is lovely to see how important these companions were to these sailors.

I remember seeing something similar to this exhibition at the Newseum in Washington D.C. Photographs of the presidents and their pets were displayed along the walkway between two exhibition rooms. It had a very similar vibe and was also targeted at kids as well as adults. I can’t quite remember if it had labels for kids or not. The point is, dogs and anything is a winning combination.

As it was a very short and compact exhibition, that’s about all I have to say. I do want to remind people that entry to the permanent exhibitions at the National Maritime Museum is free! Included are two floors of objects and stories to explore. This particular exhibition is on the top level.