Over the past few days I have been spending quite a bit of time in the Powerhouse Museum (or Museum of Applied Arts & Sciences). Some of this time has been spent wandering around their relatively new exhibition titled Icons. The basic aim of this exhibition is to showcase some of the treasures held in the museum’s collection. It struck me as a mix between their Recollect series, i.e. visible storage, and other, more narrative-driven, styles of display. There are a lot of objects, however, each has its own label and fits into one of the six sub-themes: luxury, celebrity, status, spirituality, value, and genius.

The introductory panel sets the scene, describing the collection of the museum as eclectic and extensive. Considering the museum collects anything and everything to do with applied arts and sciences this is a fair statement. For those of you unaware, the collection of the Powerhouse Museum can be traced back to around 1882 and the Sydney International Exhibition held in the Garden Palace. Three years after the palace was built, the entire building burnt down in less than forty minutes. As you can imagine, the vast majority of objects were destroyed. Luckily, a few did survive and these became the foundation collection of the museum. Today, the museum has over 500 000 objects.

The following are my icons in Icons – a list of objects that I found particularly interesting.

This elephant was one of the first objects acquired by the Powerhouse Museum. Somehow, it managed to survive the Garden Palace inferno. People have speculated this is because it fell through the floor and was shielded from the flames.

The entire piece was carved from a single block of graphite which is pretty remarkable. Especially considering the detail around the ears and trunk. It has made my list purely because of its connection to the early days of the museum.

I have spoken at length about my love of 19th century international exhibitions. My first exhibition I curated focused on these exhibitions and the role that Queensland played. These exhibitions were so grand and spectacular. For this reason, they continue to ignite my curiosity.

There are four medals on display – gold, silver, and two bronze. My favourite was the bronze medal designed by William Wyon and Joseph-Francoise Domar. In the photograph below, it is the medal on the first row in the middle. It has made the list because it was awarded during the first international exhibition at the Crystal Palace in 1851.

I still remember seeing the Sydney Opera House for the first time on a school trip in year 7. To think that I would eventually move to Sydney and see the Opera House almost once a week never crossed my mind. The building, therefore, is quite special to me.

These black and white photographs document the construction of the Opera House between 1958 and 1973. It is great to see the building at various stages. I can definitely see the intricacy of the design. Aesthetically, the photographs are displayed nicely and, to me, were very eye-catching.

Despite walking around the exhibition countless times, I didn’t notice these objects until today. I loved studying the Weimar Republic at University. It is such a complex and rich area of history. These bank notes were produced in the early years of the Republic, prior to the hyperinflation that occurred from 1922 to 1923. That alone is interesting enough. What makes these notes extra special are the images that have been printed on the front of each note. These designs were inspired by a children’s fairytale. I think they are visually stunning. 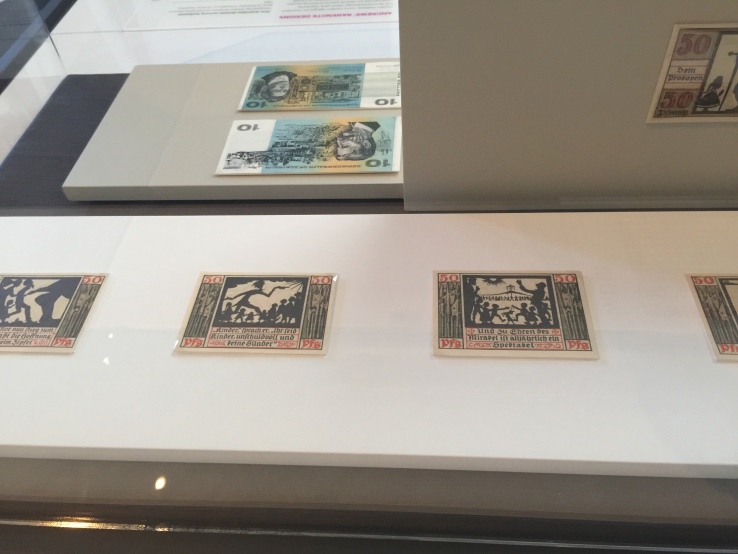 Visiting Bletchley Park last year was an incredible experience. The following is an incredibly brief summary of the history. During the Second World War, the German military had a secret code that was deciphered first by Polish cryptographers then by the team at Bletchley Park led by Alan Turing. A reductionist summary that would leave all my history teachers with a migraine. If you are interested in this history there is so much out there to read.

On display is one of the original Engima code machines. It reminds me of why I became interested in museums in the first place. Reading history is just not the same as actually seeing an object from the past in front of your very eyes. To me, there is no substitute. 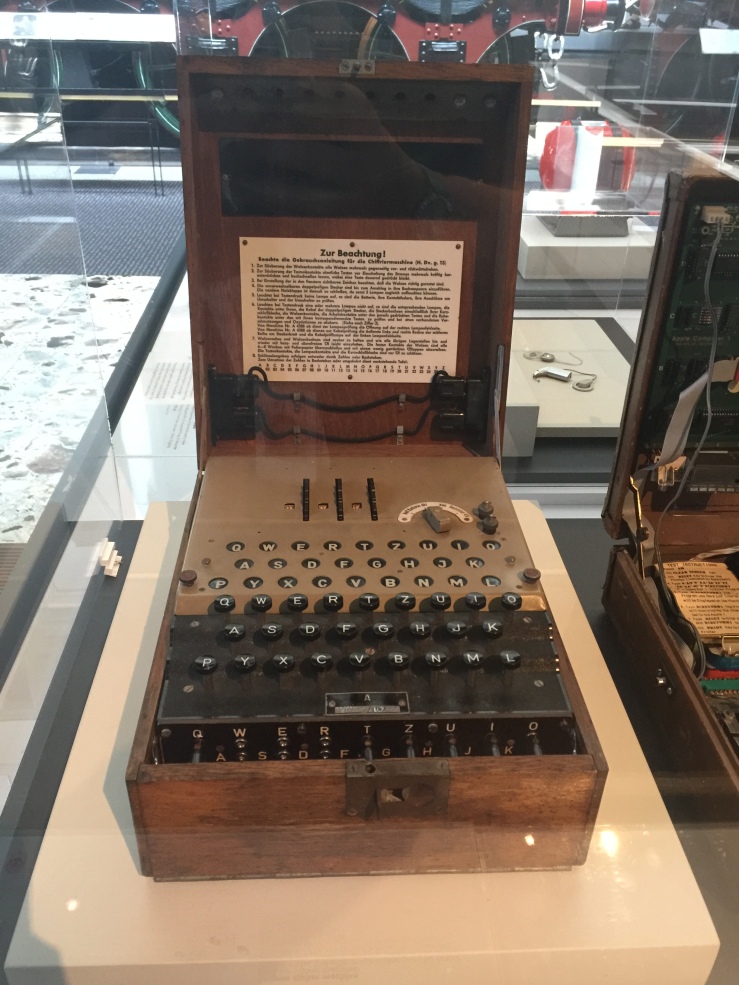 There you have it, a snapshot of my icons in Icons. Another thing I wanted to mention was the integration of digital technology. Right at the back of the exhibition are large touch screens. A few of the objects have been 3D scanned allowing visitors to view each object from all angles, zoom in, etc. This has been the result of great collaboration between the museum and the University of Technology Sydney (UTS) students. 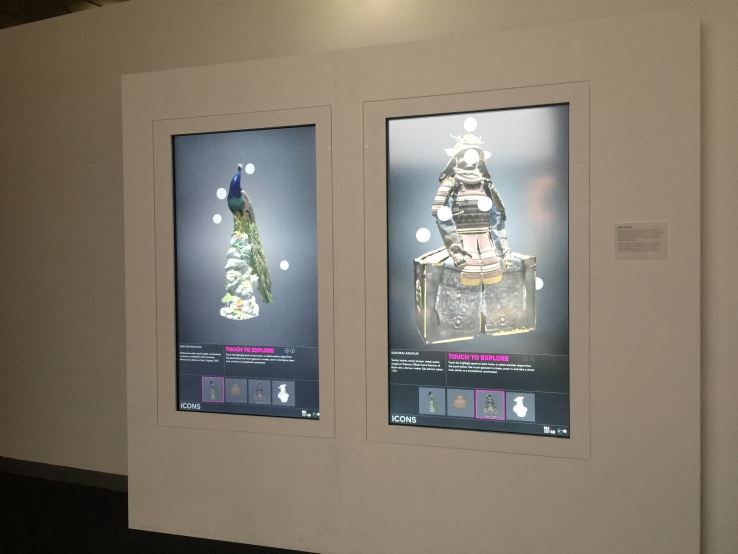 If you are visiting the museum for the first time this exhibition is a great place to start. In one space, you can gain an overall understanding of the museum and its collection.