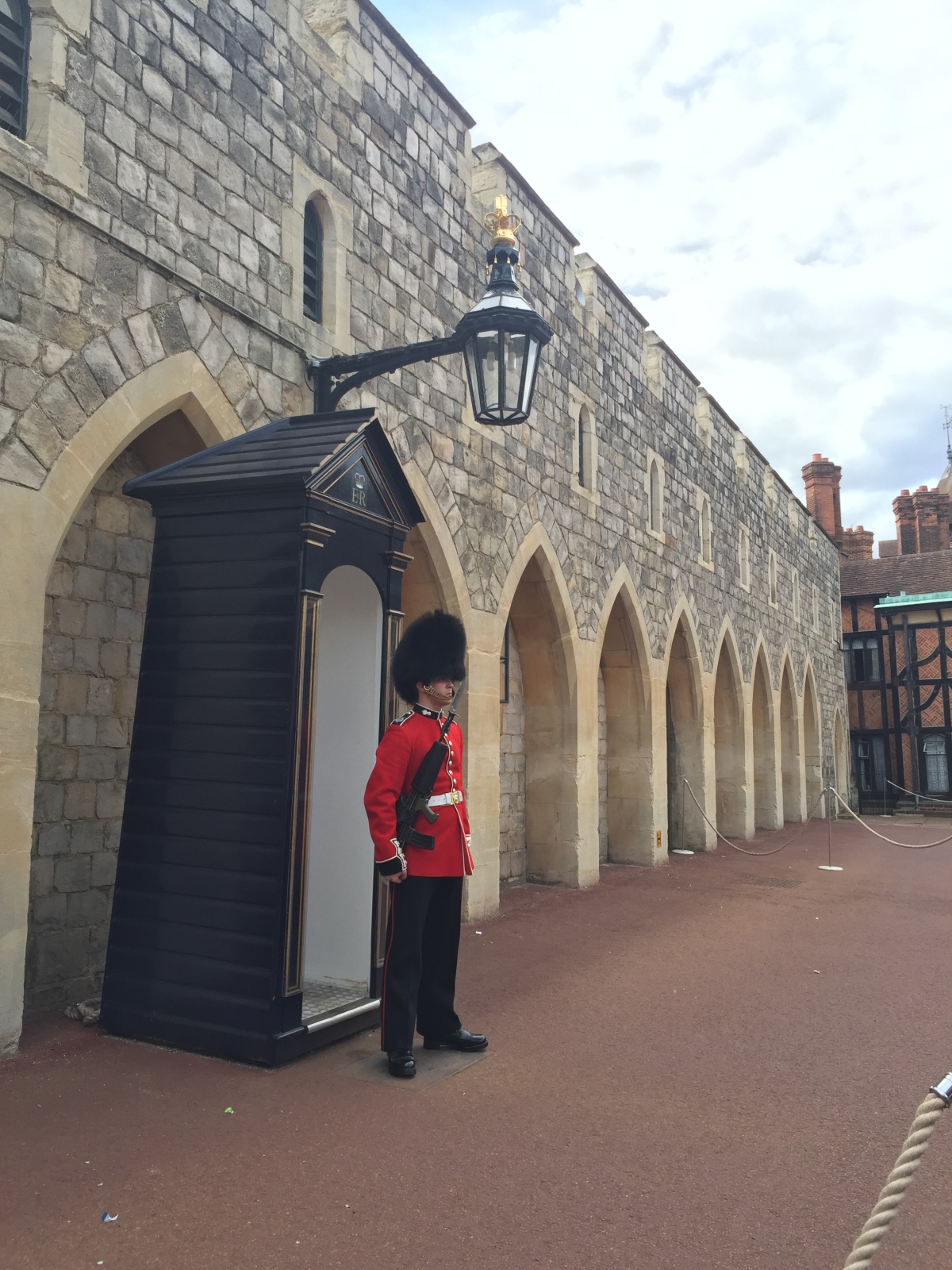 Today was a pretty intense day. Apart from around five hours of driving around the lower part of England, we stopped at both the Jane Austen House and Windsor Castle. This post will focus solely on Windsor Castle. Here we listened to a talk by one of the Royal Library curators, Elizabeth Clark Ashby. She presented on the new exhibition titled Shakespeare in the Royal Library. It was a fantastic talk that explored so many elements of exhibition design.

The Royal Library is part of the Royal Collection. It aims to showcase as many of its own objects as possible in temporary exhibitions. The library in Windsor holds around 45 000 out of the total 200 000 objects and consists of three rooms each built by a different monarch. The other objects have been dispersed throughout other properties. The collection began with George III and has approximately 800 acquisitions each year allowing for a diversity of topics to be represented.

The Shakespeare exhibition opened in February this year to commemorate 400 years since his death in 1616. Ashby gave a fantastic overview of the entire exhibition in her talk covering the three themes of Shakespeare’s influences, links to Windsor, and links to Royal family. Her commentary additionally included how objects were selected and for what purpose. This was the real highlight of the talk. It was great to hear some of the thought processes behind the displaying of objects.

The exhibition begins with a small section on Shakespeare himself. Next to his infamous picture (see Copper engraving of Shakespeare by Martin Droeshout) is one print of Queen Elizabeth I and one of King James I. We were told this layout reinforces how Shakespeare’s writing altered to reflect the different courts. Ashby even went into the nitty gritty details of why the particular prints were selected. For example, the one of James I has the Globe Theatre in the background so seemed very relevant.

The exhibition then leads into a section on the world when Shakespeare was writing. Maps and atlases display the exploration of the new world happening during this time period. It was great to hear about why the main atlas was turned to a particular page and how other maps were still able to be incorporated. They were either included on the object label or as a wall decal behind the case.

After establishing this context, the exhibition continues by focusing on Shakespeare’s play The Merry Wives of Windsor. The best part of this section was its design. As the library holds a rare quarto playbook, meaning one play contained within, it made sense to place it on display. It is, however, a little boring to look at and without an audio guide you could easily miss it. To compensate, a large, colourful copy of the play in a folio has been placed next to the quarto to draw people in.

Following this is a display on treasures in the library relating to Shakespeare. The first folio collected edition is one of the most important books on Shakespeare in existence. Without it, almost half of his plays would have never been uncovered. Displayed alongside it was a second and third edition. Together they looked quite spectacular.

At the end of her talk Ashby spoke about problems encountered during the entire exhibition process which were both refreshing and insightful to hear. How to present and navigate Shakespeare without the myths, how to control the environmental conditions of the room for the books, and how to ascertain visitor numbers were all elaborated on. The latter was especially interesting as the exhibition is included in the castle entry fee meaning Ashby and her team must rely on qualitative feedback in order to gauge its popularity. Tripadvisor and social media reviews, as well as feedback from gallery officers in this space, is valued.

I have never heard such a comprehensive account of an exhibition before seeing it so that was pretty unique. It meant when we finally stepped through the doors, we could see the thought processes and we knew the background information and context. Afterwards, we ran through the state rooms before boarding our bus on to Stowe. I will be glad to settle in to Stowe tomorrow!